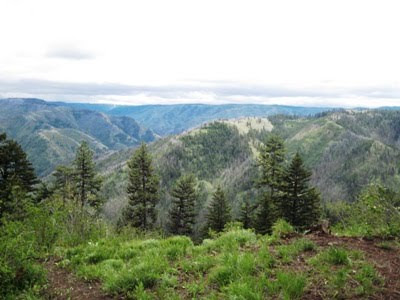 Memorial Day Weekend 2010   It's become a bit of a "tradition" to head up to my brother Russell's property on Memorial Day weekend.  Last year they started building a cabin and this year it's mostly completed. Some work still to do inside but it's liveable and quite nice actually. 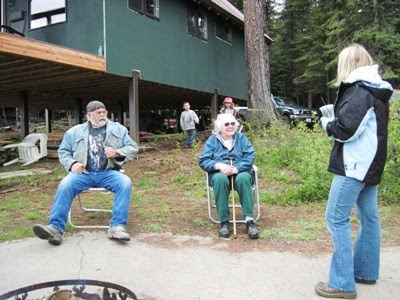 This is one of the views from his property.  In the next photo you can see my hubby, Mike, my mom, my niece (Shelby) and her son Andrew and our granddaughter, Coleen.  There were others there of course but I am only posting this photo (not that I'm trying to leave anyone out) but this post would be so long if I included all the photo's so we'll leave it at this one. 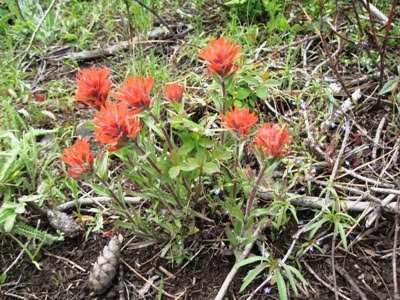 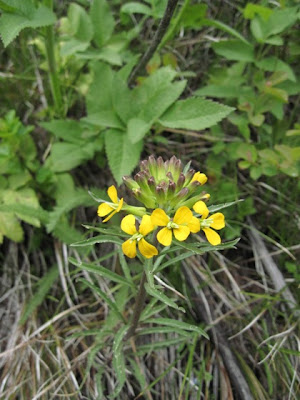 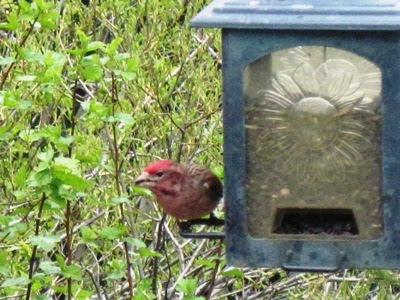 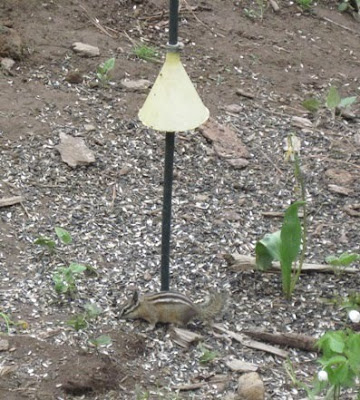 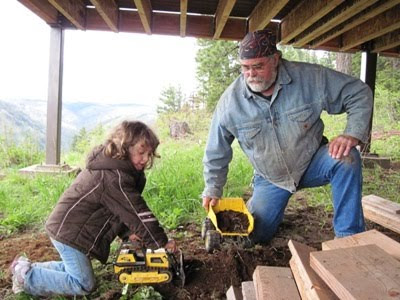 Grandpa and Coleen enjoying the dirt under the cabin.   My great-nephew, Andrew and his tractor. 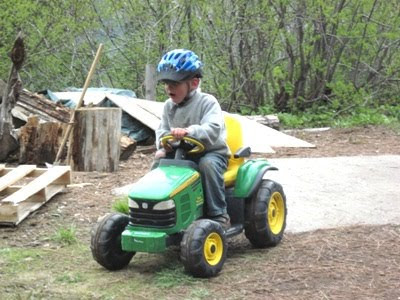 We had some really good food and the weather wasn't to bad (it didn't rain) although it was cold up there.  Some went mushroom hunting (I missed out on that but did find one mushroom close to the cabin), some watched movies inside the cabin, some visited by the fire outside, some played with toys, dogs, some took pictures (that would be me) and some rested and relaxed.
Later on the way home we spotted some unusual cows (?) by the side of the road.  Mike stopped and as usual I took pictures.  We think they may actually be, Yaks but since we didn't stop to ask the owners we're just guessing.  Aren't they strange looking though. 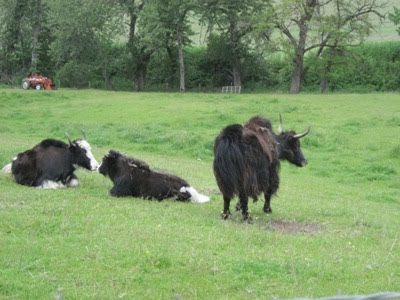