Happy Monday - Joining Sandee at Comedy Plus for Awww Mondays. 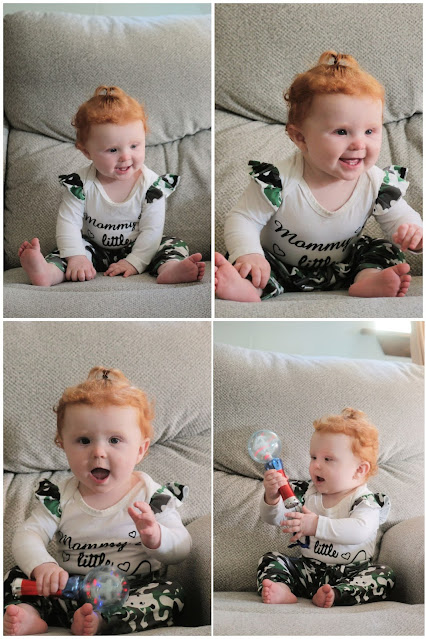 Some shots Grandma took of little Red (Joelle) this morning.  Mommy did her hair in a cute little top notch this morning.  She turned 9 months on the 1st of June.  She's crawling like crazy now & pulling herself up on the coffee/end tables etc...She's such a happy baby (most of the time) and is now getting top teeth to go with the 2 bottom teeth.

Today I'm joining Brian (for some reason I always type Brain instead of Brian and have to correct it)...for his Thankful Thursday blog hop. 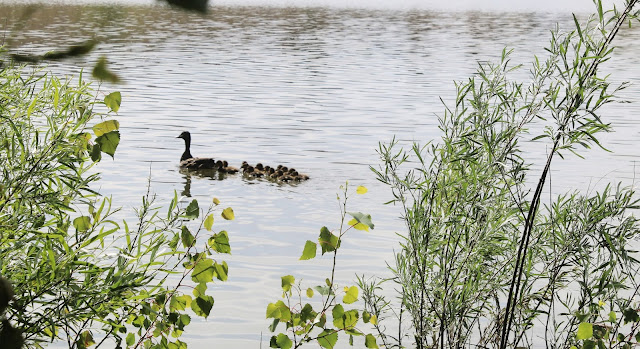 Today we are thankful that it's going to be a little cooler then the 102 we had yesterday! - Also thankful for sweet scenes like this one that we are able to enjoy. 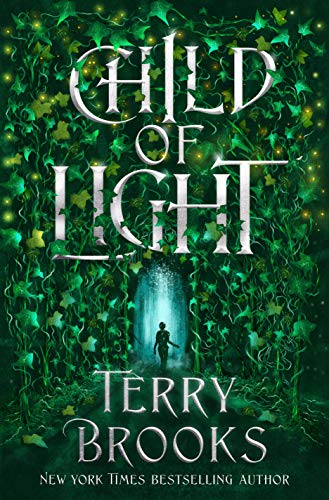 Today I am reviewing the newest fantasy novel by author, Terry Brooks.  I received an advanced copy of this book from Net Galley in exchange for my honest review of this book.
Mr. Brooks is my all time favorite Science fiction/fantasy writer so I was extremely thrilled to be able to read this.
I was not disappointed.  Right from the very beginning of the book the reader is drawn into the story of Auris, (the title character) and her escape from a prison owned by humans and run using Goblins as the guards.  Escape is nearly impossible but Auris along with a group of her friends manages the escape but then things go horribly wrong and she is left alone in the outside world until she meets up with Harrow.  It turns out that Harrow is a Fae (or fairy creature) and after he rescues Auris he takes her back to his world to recover.
It turns out that there is a mystery involving Auris and why she was imprisoned to start off with and why she can't remember any of her past before she was imprisoned.
Together with the help of Harrow and other creatures of the fairy world they set out to solve this mystery.
The book is fast paced but super descriptive and you will find yourself drawn into the magic of the fairy world and the drama when Auris returns to the human world to find out the mystery of her past life.  The characters were interesting and I found myself wanting to see how the story would end.  The ending was very satisfactory and left you anxious and excited for the sequel.
You can pre-order this book on Amazon on this link
If you like fantasy novels I highly recommend reading this one.
Posted by Ida at 10:02 AM 4 comments: