In Memory - One Year Later

January 18, 1929 to April 26, 2020
One year ago today my beautiful and loving mother left this earth to her heavenly home.  I posted about her death with a very brief post because at the time I was far to emotional to do much more than that.
Today I want to honor her for the person she was.  We finally held her Celebration of Life service on Saturday (24th).  It was an emotional day filled with laughter and tears as we remembered her.
She was a good mom, a loving wife & a faithful friend to those who knew her.
My mom was a very opinionated person, strong willed (dad use to say, stubborn), strict but also very loving and kind.  She would do anything to help you out.
Just a bit about her hobbies,  She loved gardening and had the best "Green Thumb" - Sometimes people would come to her for advice on how to get a plant to look good again. 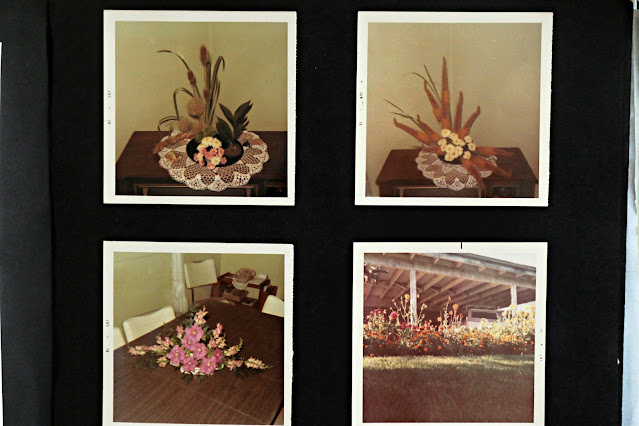 She even tried her hand at flower arranging and created some lovely arrangements. - She often helped me in my own flower beds out weeding and planting me quite often.  She had stamina!
She enjoyed, bowling and bowled on a league with my dad for many years and then her & I joined a league together and she bowled up until she was 85. 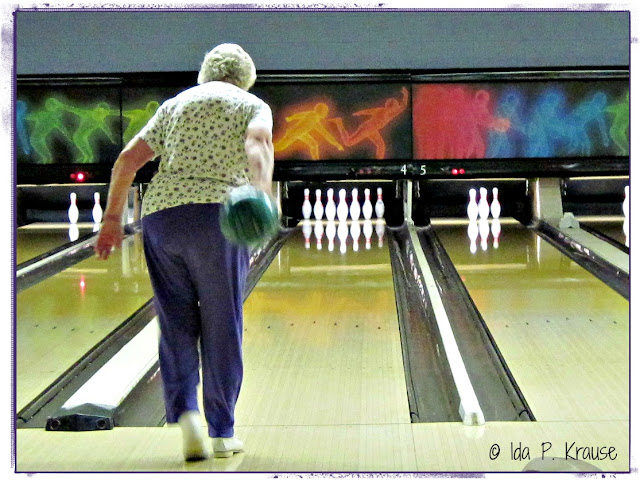 We often went on trips together.  One such trip was to Crater Lake, OR where we ended up having to have the park rangers break into our car to get my keys out as she had accidentally locked them in the trunk of the car.

Notice our matching coats.  We had many great adventures together and towards the end of her life I often took her on drives up in the mountains.  She enjoyed looking for deer and other wildlife while on our drives.
She ran a Day Care in her home for nearly 30 years.  She often had up to 10 kids in her home, many of which stayed in touch with her long after they had grown up. 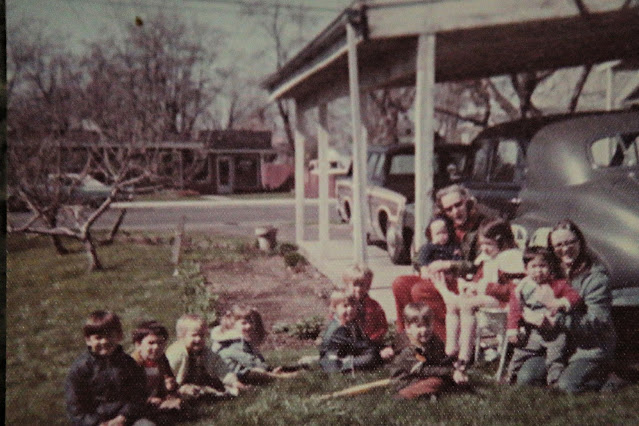 She taught Sunday School for many years as well and did bulletin boards at the church.

She had pets, a dog (Pixie) often seen here on the blog and a cat named, Piglet which we now have living in our home.  Plus she had a fish tank that she enjoyed a great deal.
She was an avid fan of the Dallas Cowboy football team. 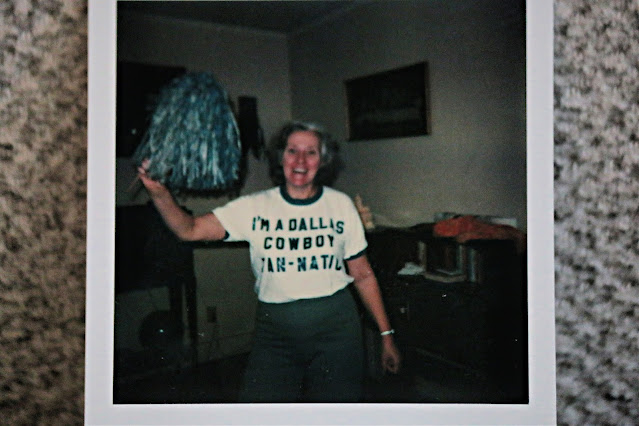 She was able to see them play in Texas a few times and also when they played the Seahawks in Seattle.  Her favorite memory of one of those games was seeing the legendary coach, Tom Landry as the team was heading into the stadium.  She yelled to my dad,  "Henry, there's Tom Landry!" and she was thrilled when Tom smiled because she recognized him.
She collected Die Cast pencil sharpeners and now my niece Shelby is the proud owner of her collection. This was only part of them.

She was an excellent seamstress.  I hardly knew what store bought clothes were clear into my high school days.  She sewed my Wedding Dress and made many outfits for her grand children as well.
Below is the outfit she made for Coleen for her first day of Kindergarten. 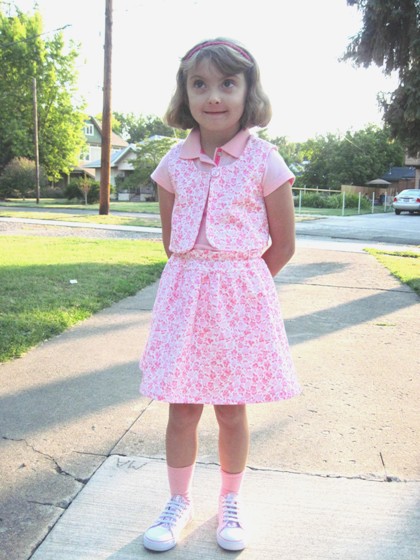 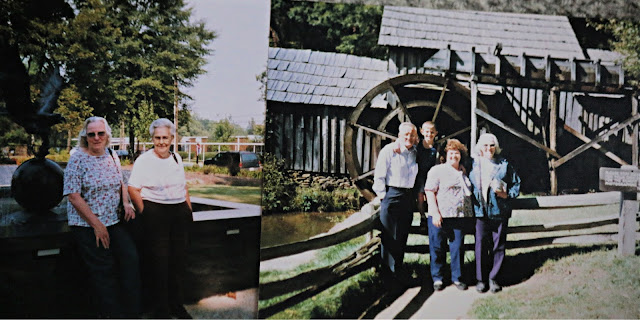 Along with pen-paling she joined a group called, Mail For Cheer that would send cards of encouragement to people who had been ill, lost a loved one or just needed cheering up.
She was a card maker and often joined in on my Stamp Club when I was a Demo for Stampin'Up.
Along with all of this she was a follower of Christ and a very spiritual person.  She had a deep faith and I know for certain that she's in Heaven now.
I miss you every day mom & will until the day we meet again.  You taught me so much and there just don't seem to be enough words to say that can convey just what a wonderful person you were.  Love you always. 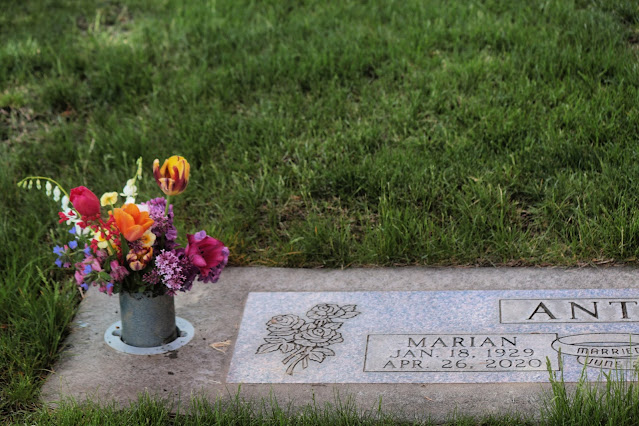