This week has been rough emotionally for me.  We had been dealing with a sick kitty since last Wednesday.
We spent the week trying everything we could to get him to eat more which he tried but he just wasn't eating much at all.  I gave him tons of attention and he seemed happy and content but also not himself.
We did blood work (twice) and all the results came back negative.  Then Thursday morning we took him in for an Ultra Sound and when our Vet called us the outcome was not good.  He had lost yet another pound and she had found a rather large mass in his abdomen that she felt was most likely cancer.  So at that point we opted to Euthanize him.  It broke my heart.
He got the name Spooky-Boo because he was very timid and would hide whenever anyone new came to the house.
He loved people though once he got to know them.  He loved attention of any kind (especially tummy rubs).  He had lots of nicknames, Boo, Pukey Boo (because he often ate food and puked it right back up), Badger Boo because of the white streak running down the middle of his head. Those are just a few.  He had such a gentle loving nature and the sweetest meow and he loved to purr. 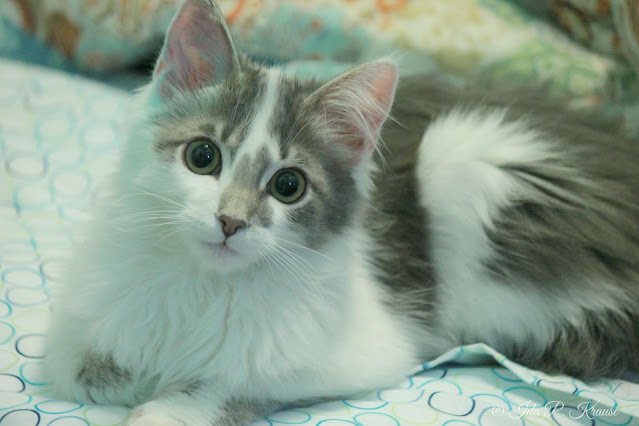 This was one of his first days with us back in February of 2018.  The blue color on his left ear was how they use to mark that the cat had been neutered (they have since stopped that practice) 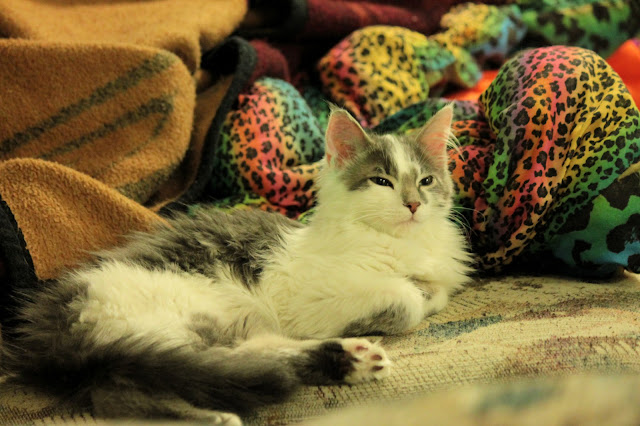 Relaxing on the couch. 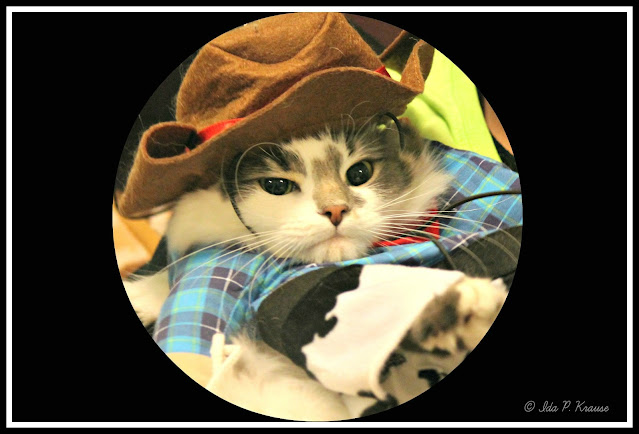 Coleen dressed him up once in a cowboy outfit when he was young. Here he is look out over the stairway.  He had such beautiful eyes.  They were such a pretty green color. 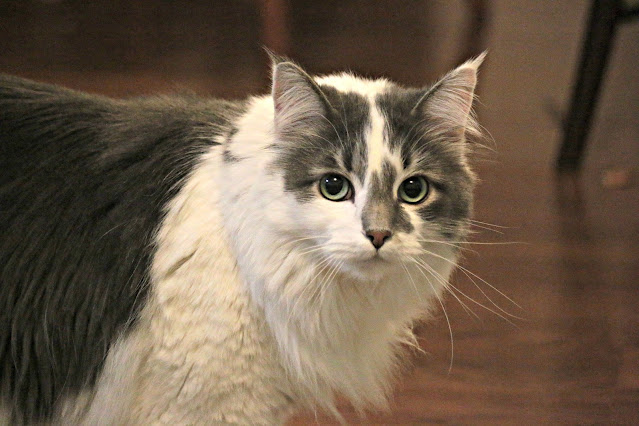 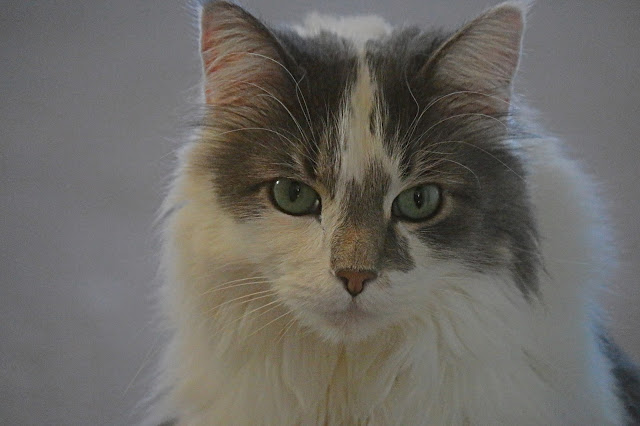 He enjoyed play and sleep time with the other cats. Here he is with Bandit who is now much bigger then he was in these shots. 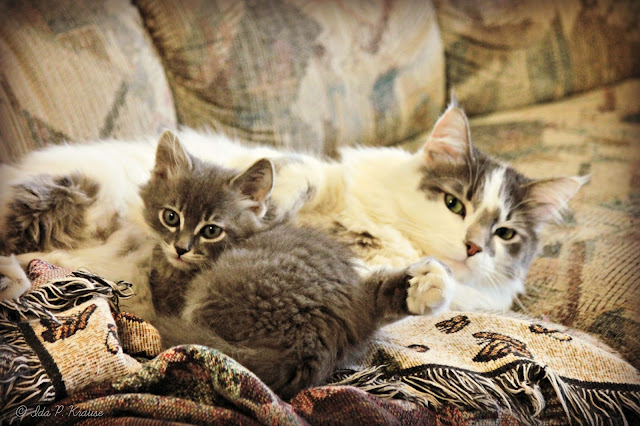 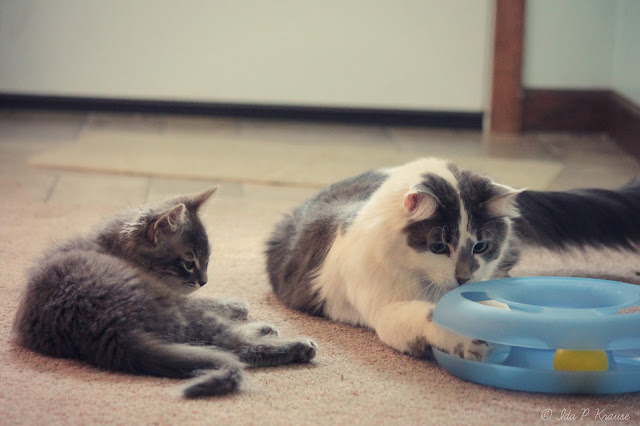 He had amazing whiskers which I loved.  These two shots are some of my favorite black/white shots of him. 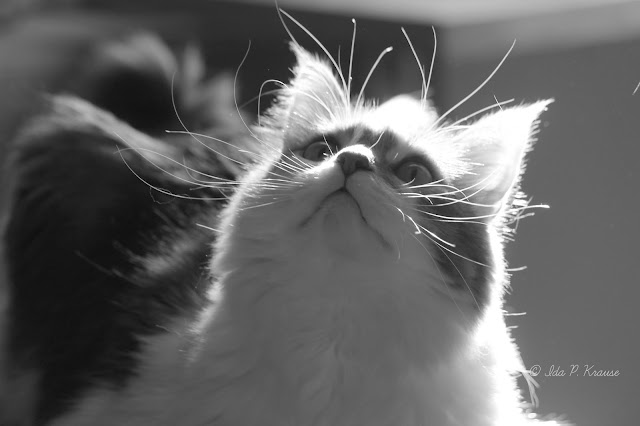 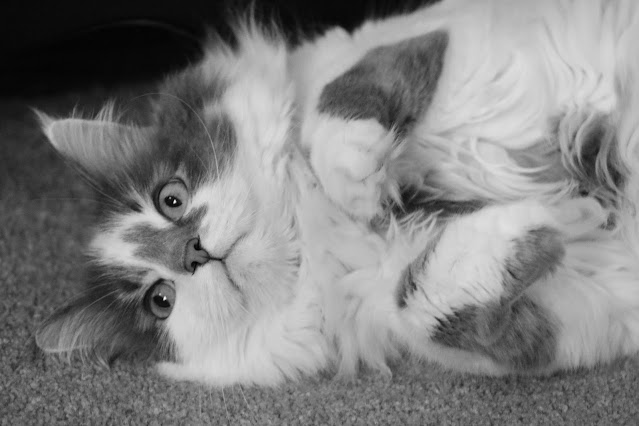 There is so much more I could say and while he didn't live as long as many of our other cats he packed a lot of love into the 8 years he was with us.  He will be long remembered and forever loved in our house.
Rest in Peace sweet boy. 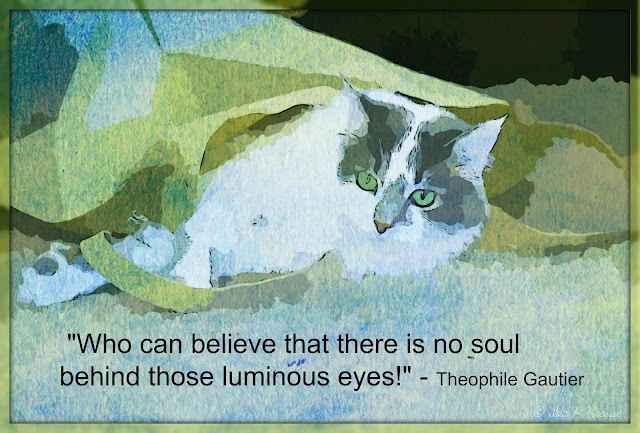 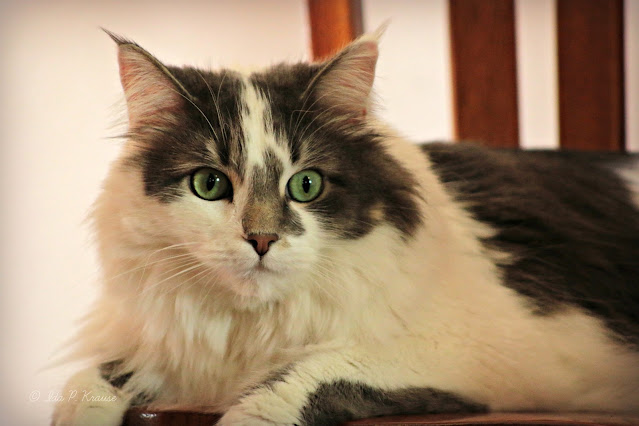