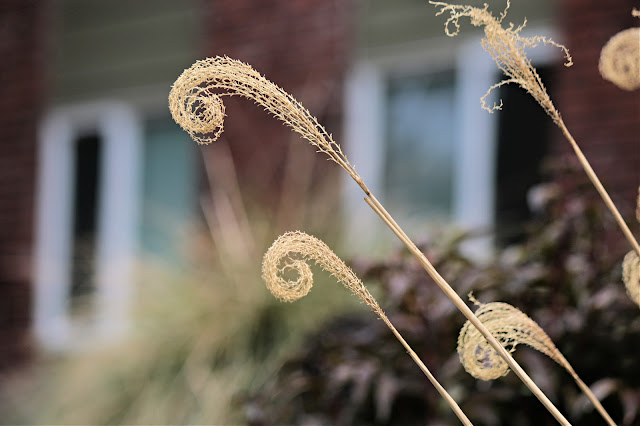 2.All in a Row - Love this group of trees a few blocks away from where I live. 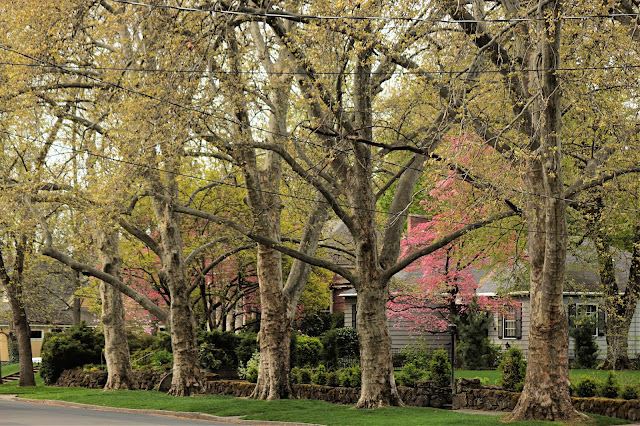 3. Feeling Squirrelly  - One of the many squirrels that stop by for peanuts at the feeders everyday.

4. - Fenced In. - Part of a fence a few houses away with a backdrop of Dogwood Blooms. 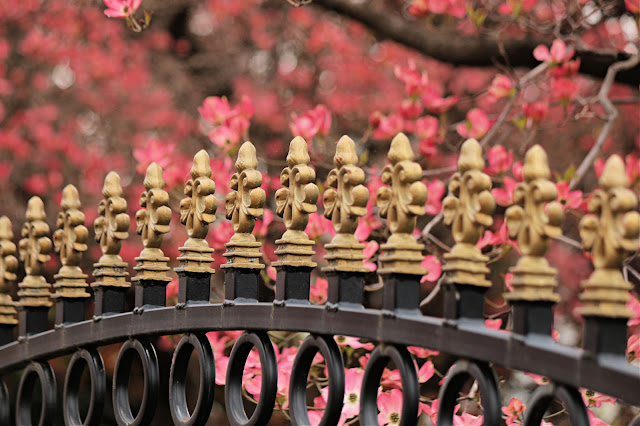 5. -  Reflections - Some cattails and reflections at Rooks Park. 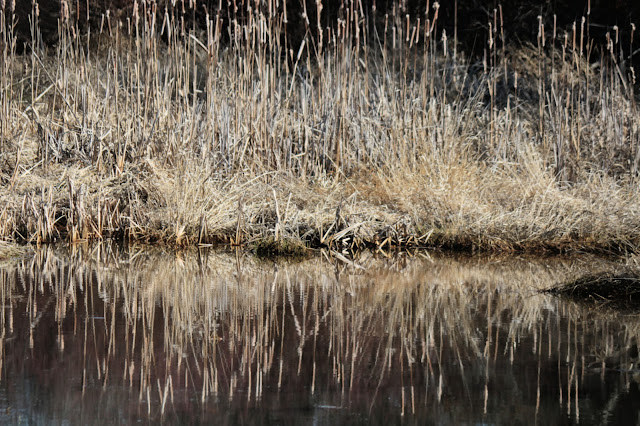 6. - Spring White  - Spotted these pretty white flowers, (Snowdrop Anemones) out on a walk one day.  They sure are pretty. 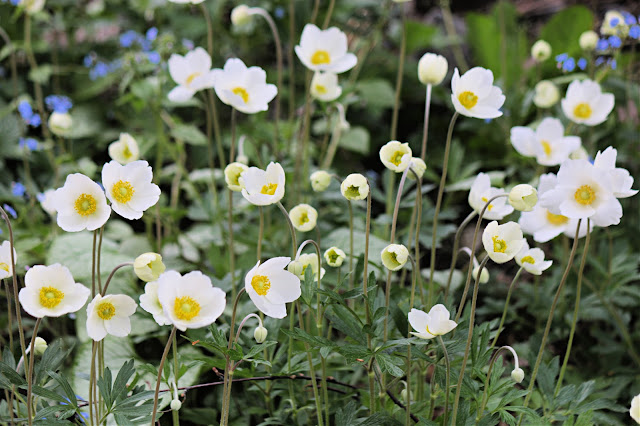 7. - What? - While out for a walk I noticed this unusual sidewalk job. 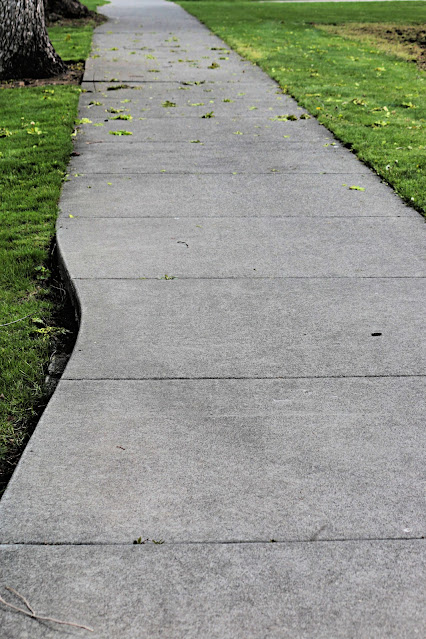 8. - Easter Cutie - We celebrated a week late as the kids/grand kids had the stomach flu Easter weekend.  Ugh! 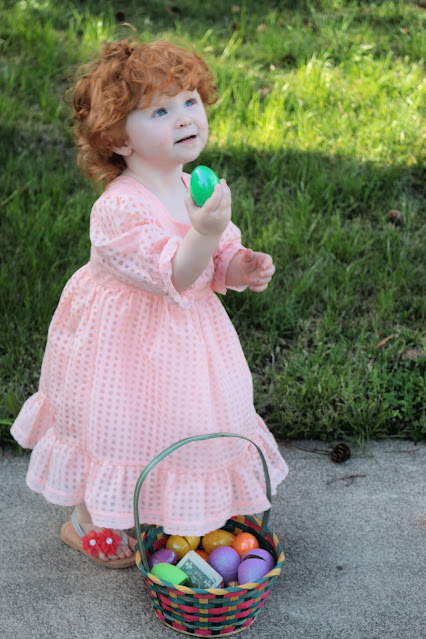 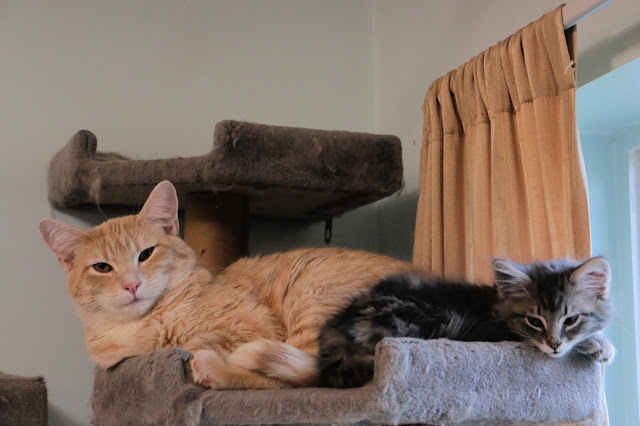 My favorite girl singer:That lady could belt out a tune!

Happy Mother's Day weekend to all the mothers both past, present and future.

In Memoriam - One Year Later

It's been 1 year today since I lost my middle brother, Richard.  I didn't get much of a post put up the year he passed away so today I want to honor him. 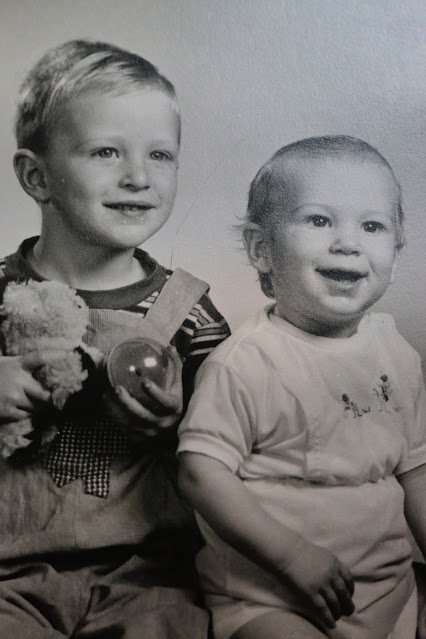 This is one of the earliest pictures I could find of him.  He's the baby on the right.  The one on the left is my oldest brother, Russell.
Here's another baby shot of Richard when he met Santa for the first time. 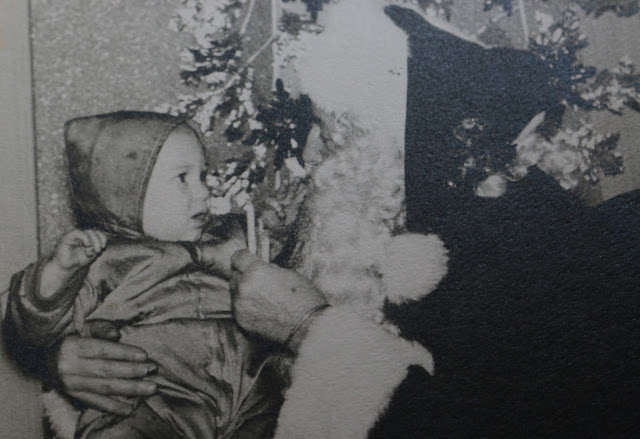 He didn't seem impressed at all. 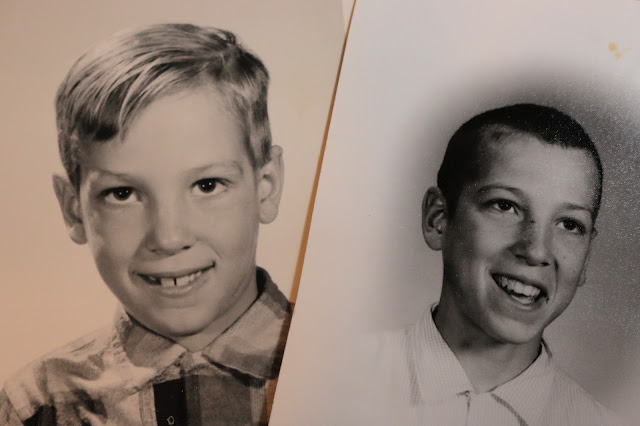 A couple of school photos from his early years. - He was always smiling and laughing or making funny faces. - In fact he had a reputation at school as being the, Class Clown! 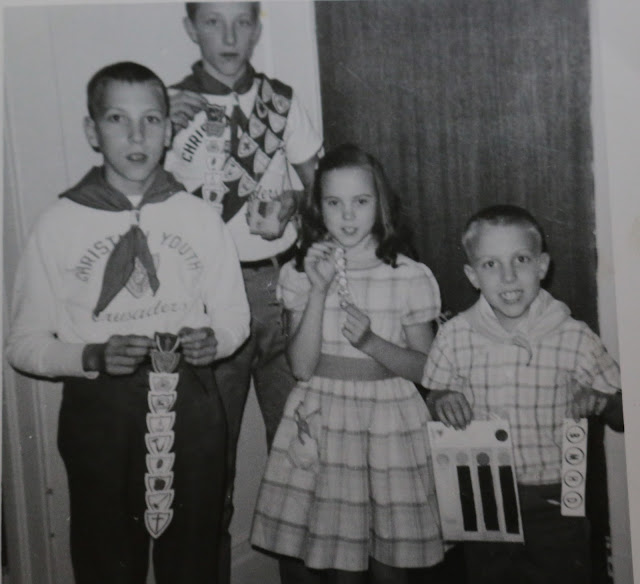 That's him on the left.  We all attended church and participated in a program called, CYC (Christian Youth Crusaders) and these were badges we earned for various things.  The others in the photo (Russell, Me & Roger my youngest brother) 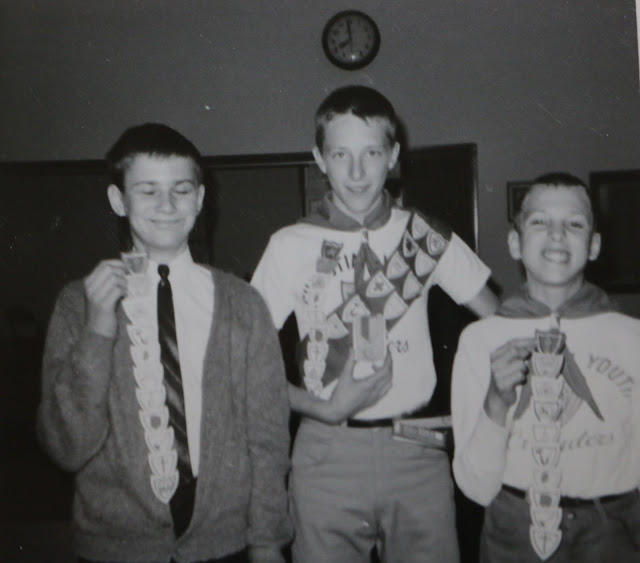 See that goofy smile - He's on the right.  Now this is a funny story but my oldest brother (in the middle) and the kid on the left (Oren - or Chuck - Who happened to be the Pastor's son) tied Rich up to a clothes pole one day and put a bunch of paper around his feet and were just lighting it when our mom step outside and asked what they were doing.  - They were burning him at the stake! - Mom never told the pastor's wife until years later about this incident. 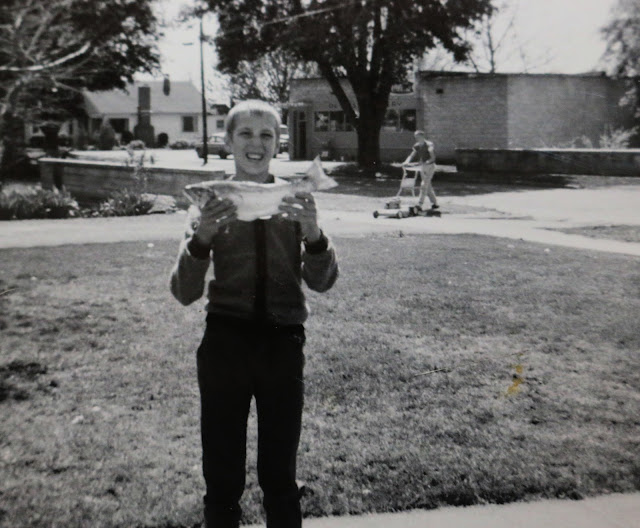 Here he is with a Salmon he caught.  We use to go fishing all the time with our dad.  Once on the ocean he caught a shark! 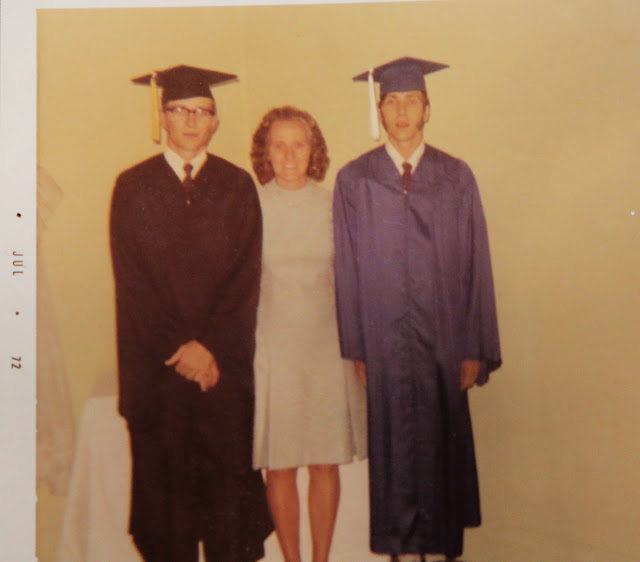 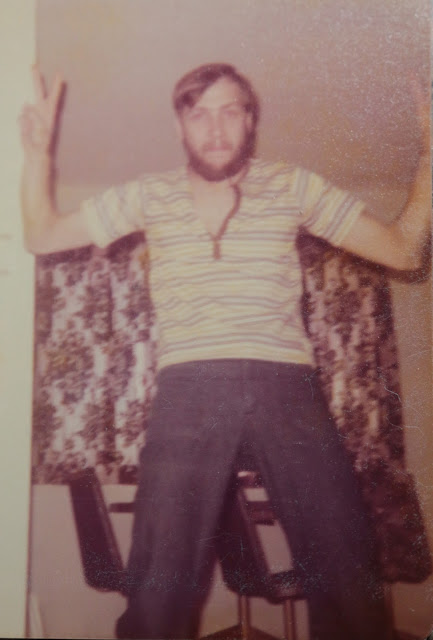 Here he is being goofy again.  - He use to walk by a mirror, look at himself and say,  "I just keep getting better and better looking everyday!" 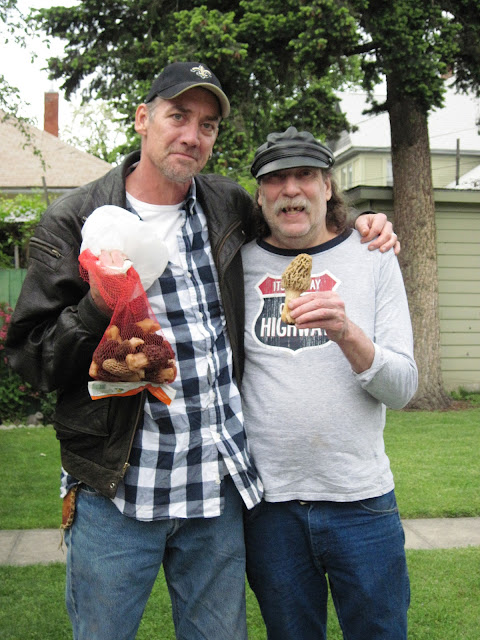 Mushroom hunting was a favorite thing he enjoyed doing.  On the left is one of his buddies. -  He use say he was the best at finding mushroom and that he was a (blind, veteran) - He really wasn't totally blind but in his older years he did have vision issues and was considered (legally blind) but he could still see, he just didn't have peripheral vision.
This is one of my favorite photos of him and our mom: 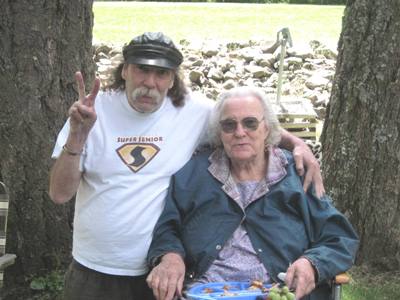 I decided to join in on the fun. 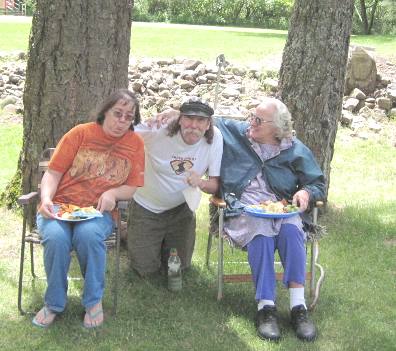 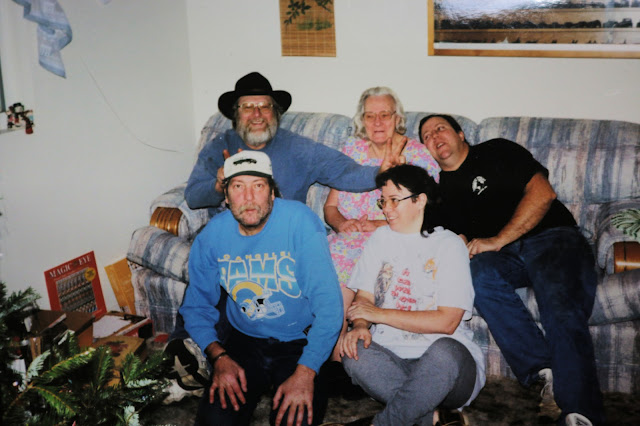 A goofy family shot with our mom. - Rich is the one in the Rams shirt. - He loved football and the Rams were his favorite team.  It was so exciting this year and also bittersweet that the Rams made it to the Super Bowl and Won!  - We all watched the game and rooted for them in his memory.

This is the last time the four of us were together.  It was at our mom's Celebration of Life service - 4/24/2021.  Less then two weeks later he passed away. Rich loved life and was a fun person.  He enjoyed, gardening, gambling, mushroom hunting, fishing, the mountains, and so much more.  I miss him so much but I know he is enjoying his new life in Heaven and that I have many, many great memories of him. Rest in Peace Rich - Forever loved.