This weeks theme over on 52 Frames was:  Upside Down.  I decided to try doing upsidedown landscape scenes at Bennington Lake.

These are my results. - You can find the ALBUM by clicking on the link. Do take a look as it's really cool.

This was the photo I submitted for the theme: 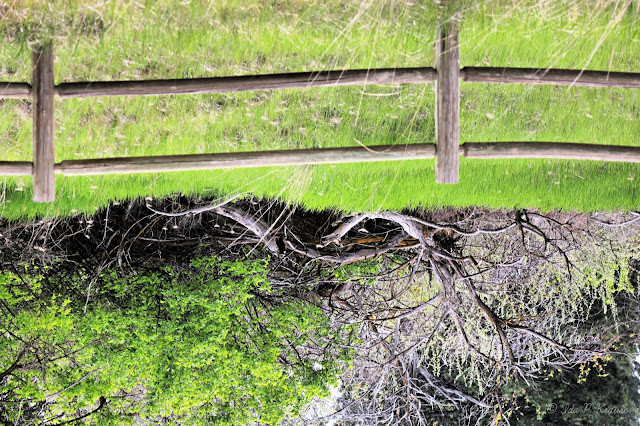 The others were my (alternate) choices. 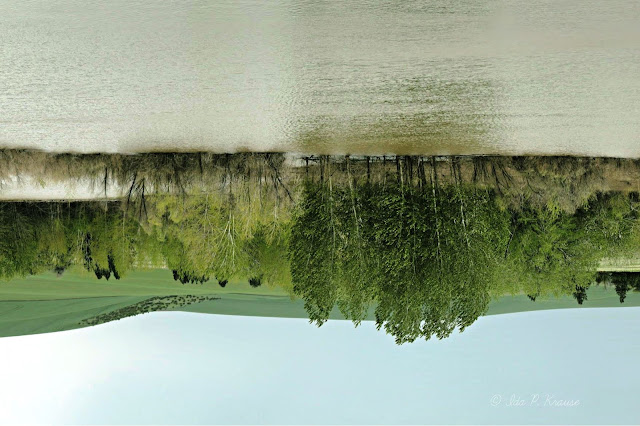 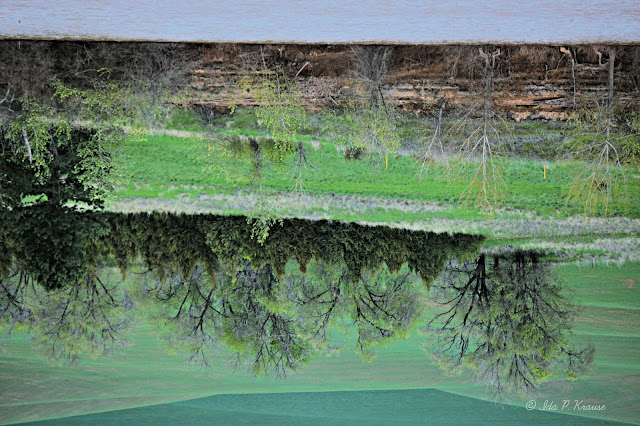 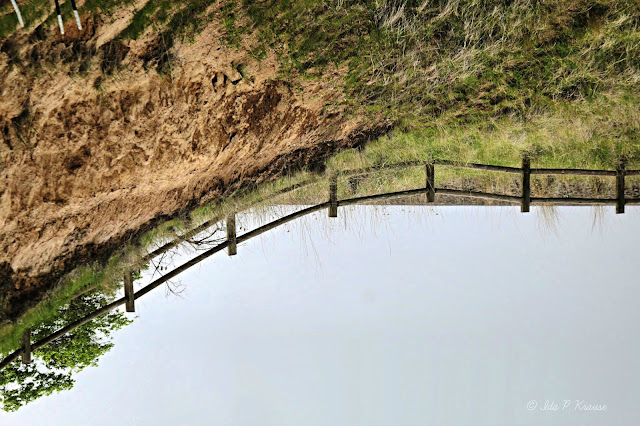 Which is your favorite?  Doesn't the world look different turned upside down? - By the way I actually turned my camera upside down to take the shots.

Spring has arrived and here we are experiencing the old saying of, "April Showers" bring May flowers.  - It's rained & rained and rained.  But it beats the snow so I won't complain (to much).

1.  Took another drive up in the mountains and along the way we spotted several deer in a field.  I pulled over and snapped a few shots.  After about 5 shots I realized that the camera was on Black/White mode so I switched it to color.  This shot however is in Black and White but I like it anyway. 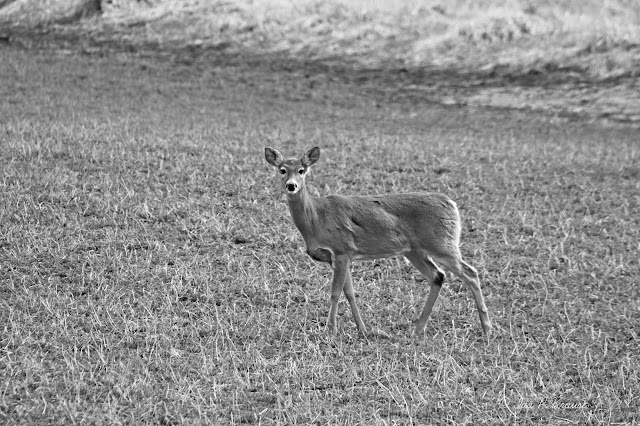 2.  On the same drive and in the same filed as the deer there were a bunch of Wild Turkeys - Yep you get turkeys again.  This fellow was strutting around and if you look in the brush you will spot several other turkeys. 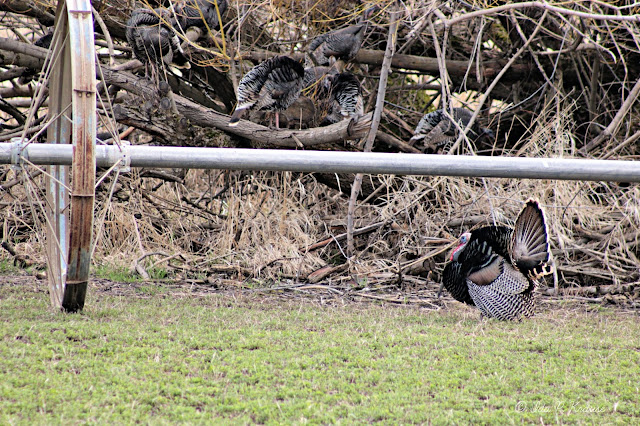 3.   A recent drive out to shot the new wheat surrounded by the Blue Mountains in the background. 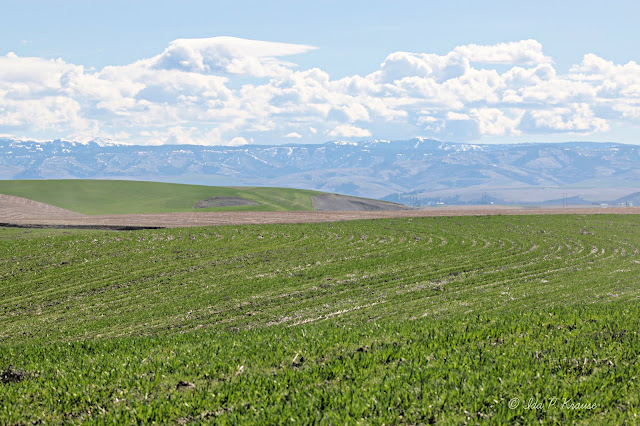 4.  I like to try new recipes and the salad on this plate of food is one of them.  It's Macaroni Coleslaw and can be found by clicking on the link.  It was yummy but makes a ton of salad. 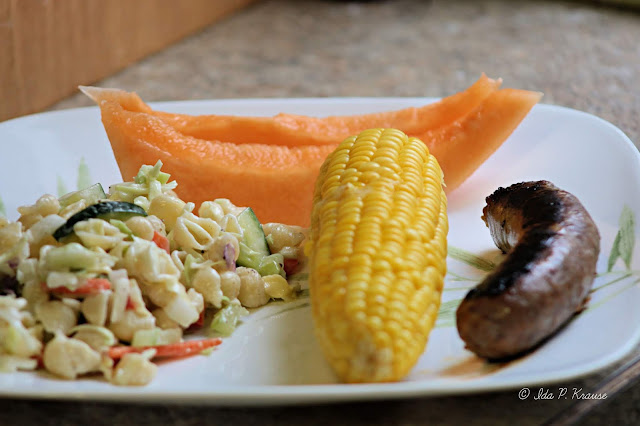 5.  After one of the rainstorms this week we had a huge double rainbow.  I couldn't get a complete shot of the entire rainbow but I liked how this shot turned out. 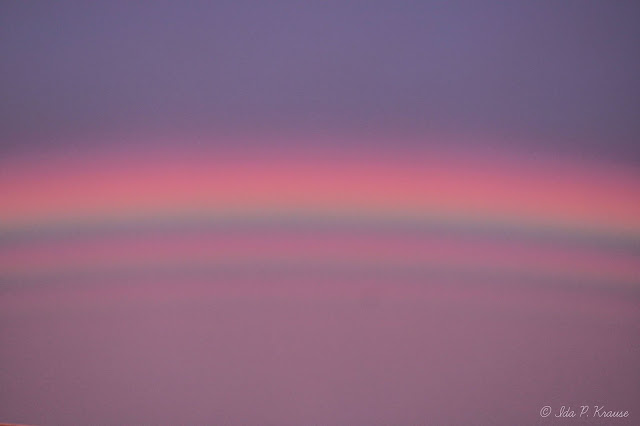 6.  A nearby Tulip or Magnolia Tree in full bloom. 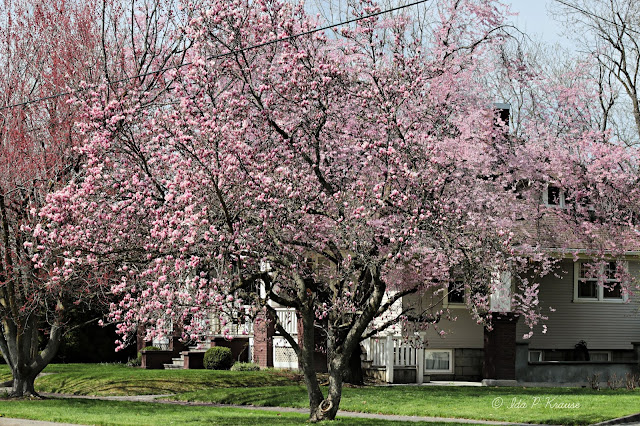 7.  My daughter's dog, Baylie anticipating being able to eat that bone balanced on her nose.  This shot was for 52 Frames this past week under the theme of, Food.
﻿
﻿ 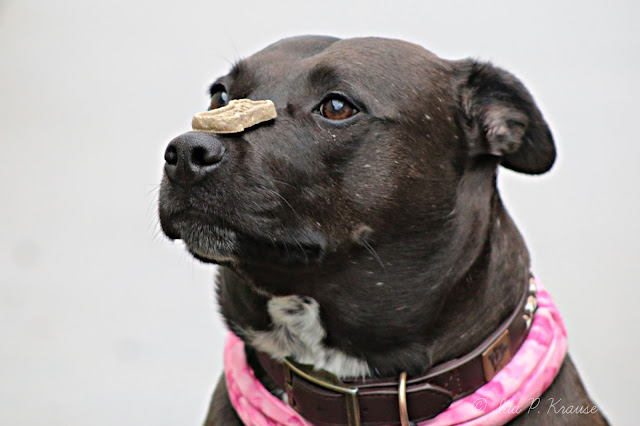 Can't leave out the cats so here's one of them as well.

First Photo - Harley and Bandit (his favorite cat to take a nap with)
Second Photo -  Harley and Gidget (our newest furry family member) and Third Photo - Harley and Pepper.  A rare shot indeed because he can't stand Pepper and rarely spends any time near her unless it's to chase her around.  Good thing he was asleep and didn't realize she was next to him.

That's it for this week.  Thanks for visiting.  Have a great weekend.