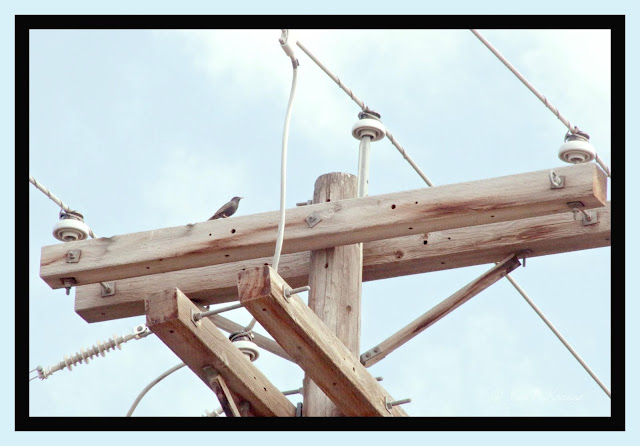 Joining in on TUESDAY FUN over on Comedy Plus

First at SOOC (Straight Out of Camera) shot: 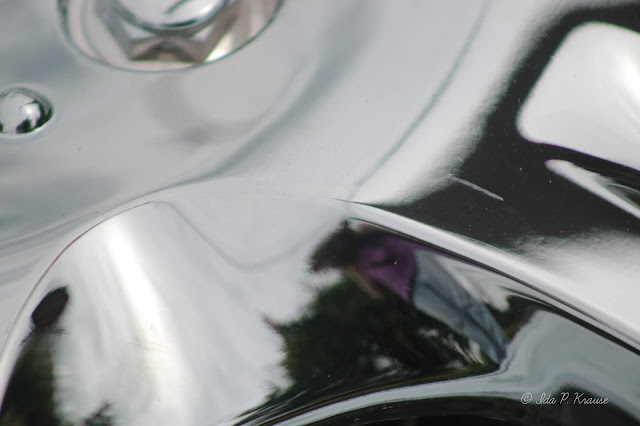 Spotted a hubcap in the up against the street curb the other night while on a short walk.  Took this shot - Can you see me?

Let's have some fun with this photo... 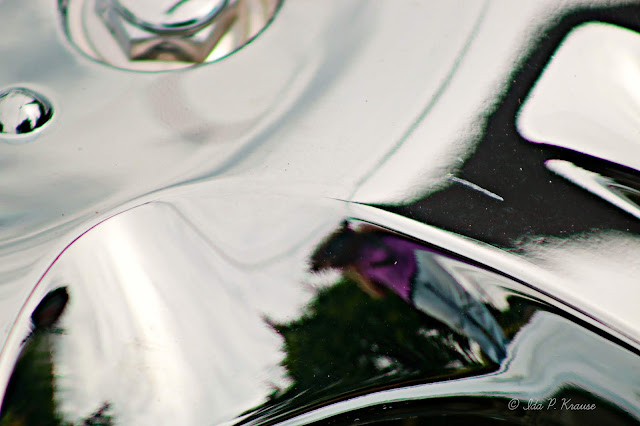 Not to different, just a little boost in color. - Continuing on.... 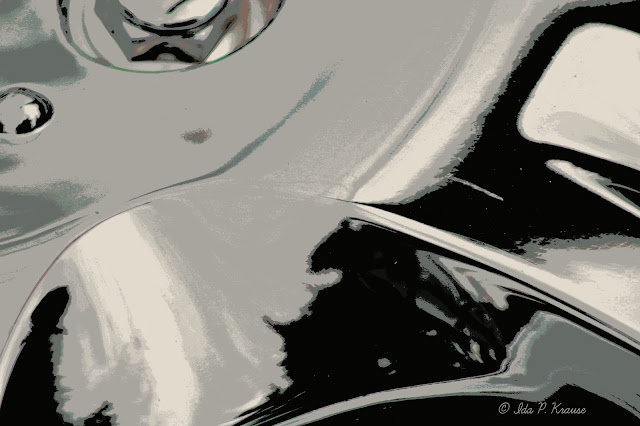 Playing around on PicMonkey with the levels and such.  Sort of Black/White abstract look to this one. 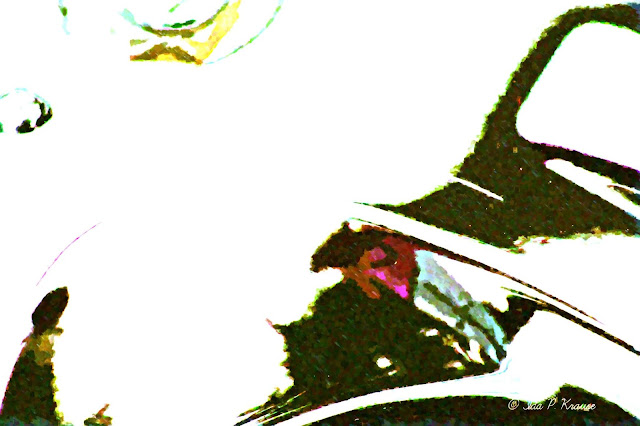 Took it over to BeFunky for a different look.

Finally edited both on BeFunky and PicMonkey...I added a butterfly and saying to the shot. 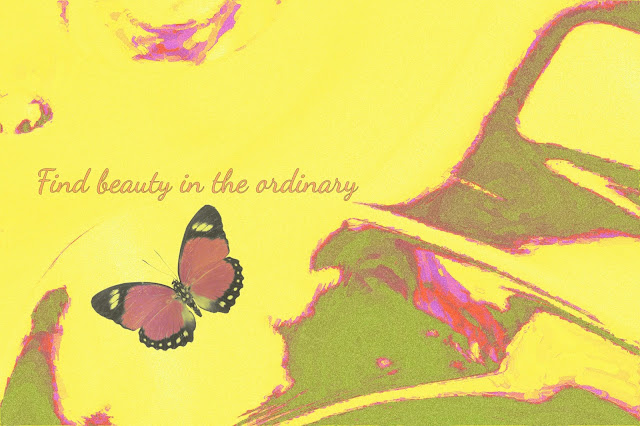 My how that hubcap has changed!!!

Hope you had as much fun looking at my art as I did creating it. 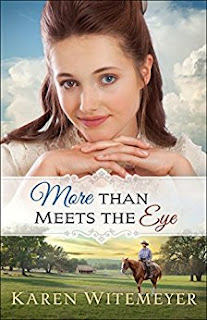 Today I'm reviewing the book:  More Than Meets The Eye by Karen Witemeyer.

Description of the book off Net Galley:

Many consider Evangeline Hamilton cursed. Orphaned at a young age and possessing a pair of mismatched eyes--one bright blue, the other dark brown--Eva has fought to find her way in a world that constantly rejects her. Yet the support of even one person can help overcome the world's judgments, and Eva has two--Seth and Zach, two former orphans she now counts as brothers.

Seeking justice against the man who stole his birthright and destroyed his family, Logan Fowler arrives in 1880s Pecan Gap, Texas, to confront Zach Hamilton, the hardened criminal responsible for his father's death. Only instead of finding a solitary ruthless gambler, he discovers a man not much older than himself with an unusual family. When Zach's sister, Evangeline, insists on dousing Logan with sunshine every time their paths cross, Logan finds his quest completely derailed. Who is truly responsible for his lost legacy, and will restoring the past satisfy if it means forfeiting a future with Evangeline?
My thoughts:  First off normally I'm not a huge fan of Historical Fiction but I must say I was pleasantly surprised by this book.  The author had a wonderful way of drawing you into the story.  The main characters in the book were: Evangeline, Logan, Seth and Zach.
Evangeline has an unusual facial feature (two different colored eyes) that have caused her some problems from a very young age from people who misjudged her and even feared her to be from the devil because of this.
Orphaned at a young age she becomes adopted by two other orphans, Seth and Zach during a tragedy in their young lives. The story jumps ahead to find them as young adults.  From here she meets, Logan, the main male character in the book.  A Cardsharp bound and determined to get justice for his father's death and for losing his family home. - He meets "Evie" and soon discovers that he's met his match and that he may just be seeking for revenge rather than justice and that his heart may also be leading him in another direction.
Evie has strong Christian values and soon teaches Logan that he needs to search his own heart to find peace and happiness rather than revenge.  Along the way there is another "subplot" involving a young woman that Evie and her brothers take into their home after she is rescued by Logan and Evie from a near drowning. - I rather enjoyed having the subplot in the story as it helped to draw all the characters together and added to the story.
The book held my interest and I thoroughly enjoyed finding out how it all ended.  I was hoping at the end of the story though that the author would do a follow-up book on one of Evie's adopted brothers as I just felt the story sort of left you dangling as far as his character was concerned.

The book is easy to read and one that will hold your attention till the very end of the story.
I was not paid in any way for my review other than receiving an, e-copy of the book in exchange for my honest review.
Posted by Ida at 8:52 PM 7 comments:

Welcome everyone.  Thank You to everyone who left comments on my (MIA) post from earlier this week.

Life has been so busy the last few months, some good, some not so good but all is well.

It's time for a little Friday Fun so let's join the party. 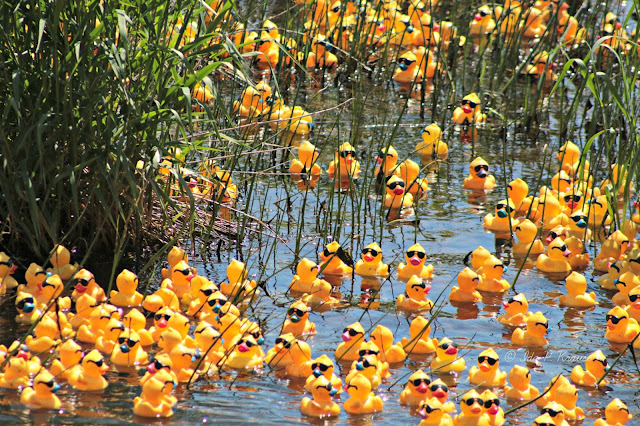 The annual Ducky Derby was held on May 19th and as usual I purchased my 5 ducks in hopes that one of them would make it to the finish line and I would win a prize.  Alas, once again I did not win.  - Oh well, it's all for a good cause.
2.  Hubby celebrated a birthday the next day (May 20) so there was birthday stuff to take care of.  Here he is blowing out those birthday candles. 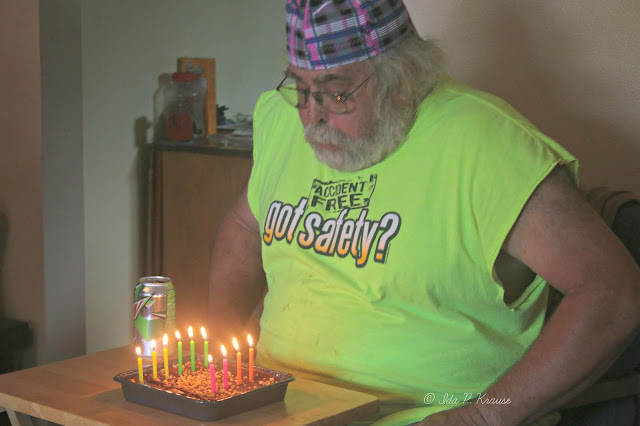 
3. He took a 5 day trip back to ND to watch his oldest granddaughter graduate from high school.  While he was gone I went to the Wildhorse Casino again.  Took my mom along.  We didn't win but we didn't lose all our money either. - Better than that though was that a local store had a promotion that if you bought a $5 and higher Scratch ticket and it was a losing ticket you could put it in a box and have a chance at the end of the month to win free lottery tickets.  Guess what......... 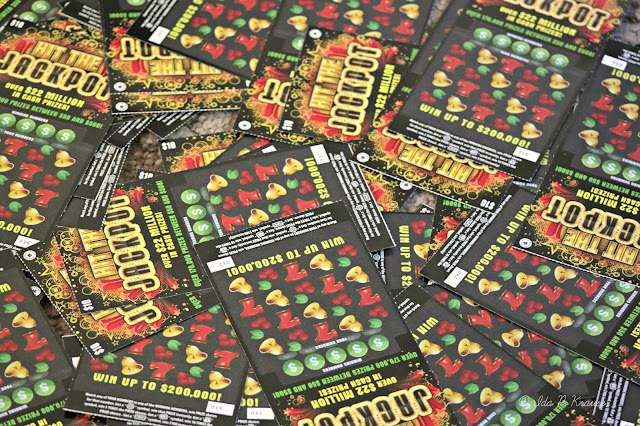 I won!  There were 3 winners drawn.  I won 2nd Prize - A packet of 50, $10 tickets. - We all had fun scratching them off and I ended up winning, $330.00 off the tickets.  I probably had put in about $50 worth of losing tickets but I gained that back plus extra and it was just a lot of fun finding out that I had won and the excitement of seeing if any of the tickets were winners was great.
4. Usually you see people walking their dogs but have you ever seen someone walking their..... 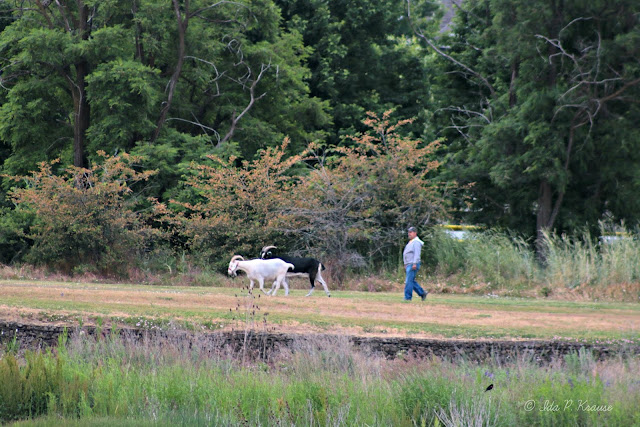 
Pet Goats!
5.  I wait all year for the local strawberry season to start and so for the last couple of weeks we have been enjoying these lucious berries. 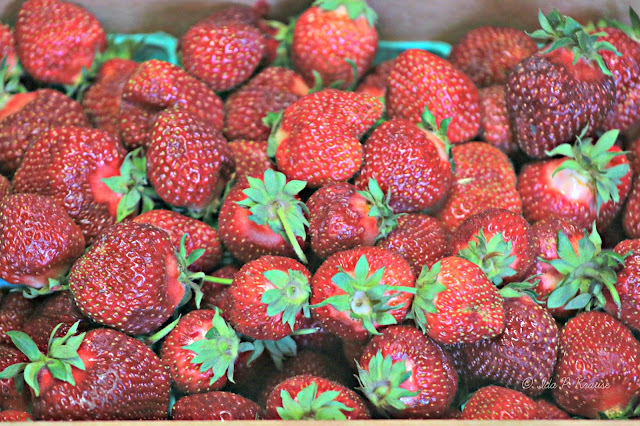 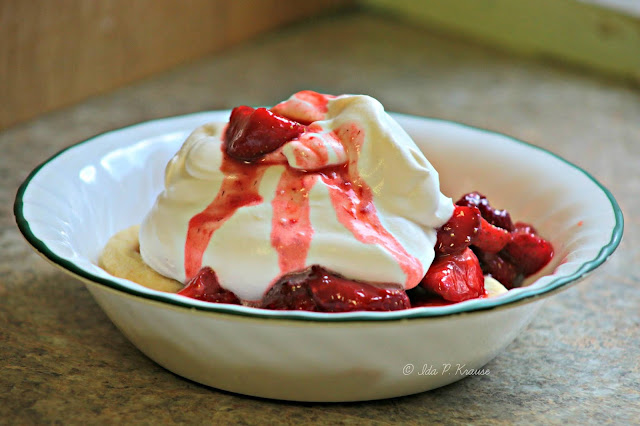 
In other news...I finally joined the ranks of Smart Phone owners.  Boy has that been a "learning curse I mean curve" for me!  I've accidentally taken "selfies", dialed my granddaughter while she was in school, called my daughter and didn't say anything because I didn't realized I had called her, hung up on an important call because I pressed a wrong button and the list goes on. 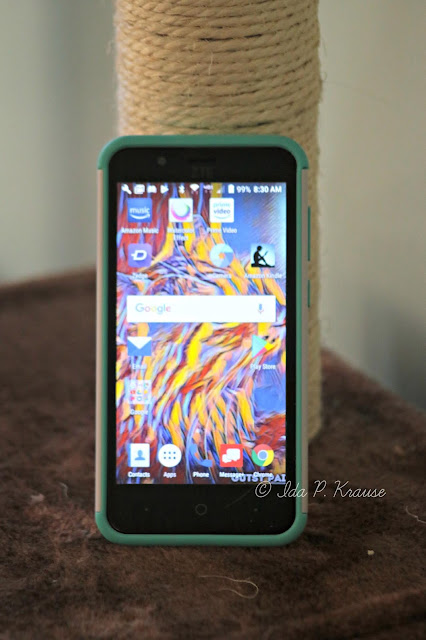 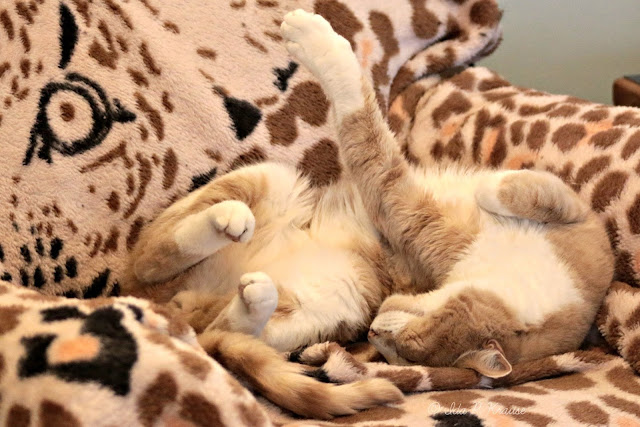 Harley wasn't feeling well yesterday and he spent most of the day sleeping, I caught this unusual pose of him while he was sleeping.
Fond this video while searching for songs about Cellphones and just had to share it. - Hoping I don't become like this.
﻿

MIA - Hoping to be back soon.

Yes,  I've been MIA on the blog the last couple of months.  - So much going on and so little time to post.

Hoping to get back into the swing of things now that school is out.

In the meantime something cute for you to look at.... 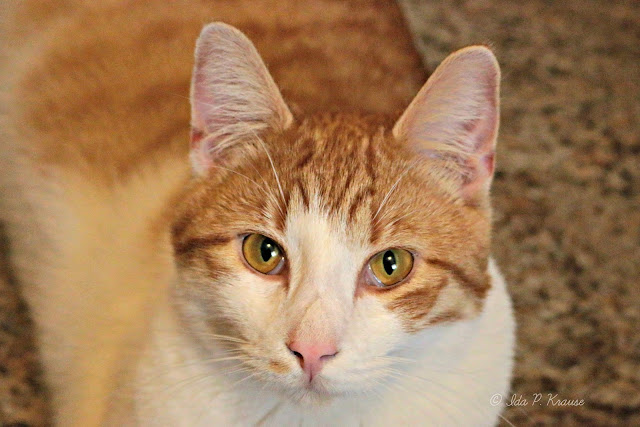