So last year I didn't go out on the 4th of July as I was still recovering from having Shingles and it was blazing hot last summer.
This year, it rained in the morning but cleared off by midday.  So we walked up to the park to take in the booths & music. 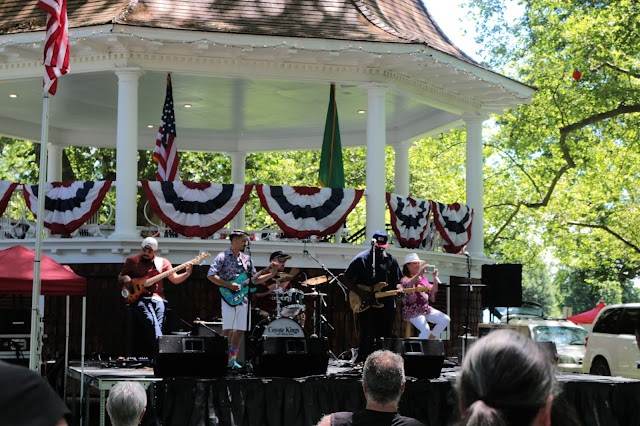 One of the bands that played - They were a "bluesy" type of band.  Not bad but not my style of music.  I went to high school with the guy in the blue hat in front. 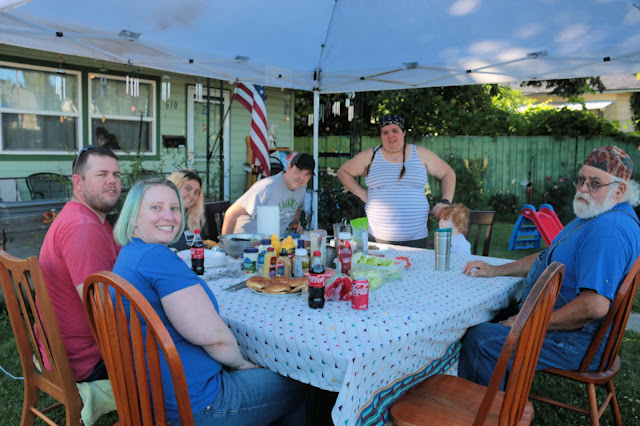 We had a barbecue and fixings at the house.  Invited my niece and her husband to join us. - We ran into them at the park and they didn't have anything planned for dinner.  It was fun having them join us. 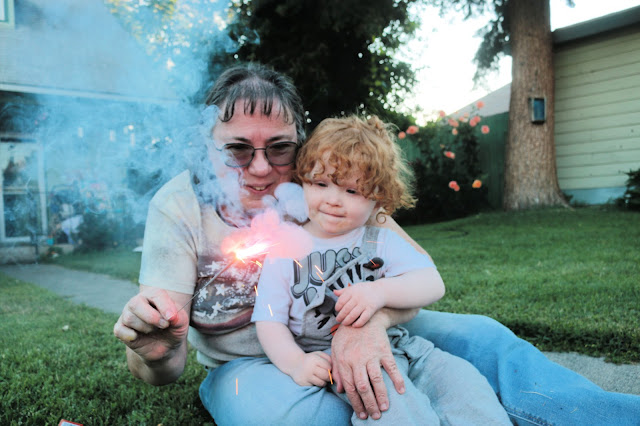 Coleen took this shot of Grandma (that's me)  and little Joelle watching a sparkler. 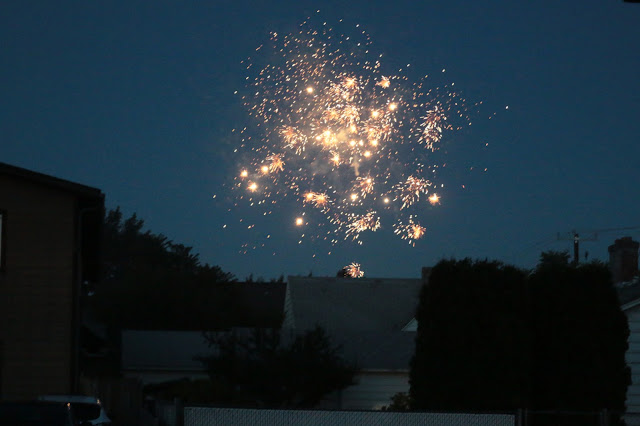 A nearby neighbors fireworks, they get the big ones. 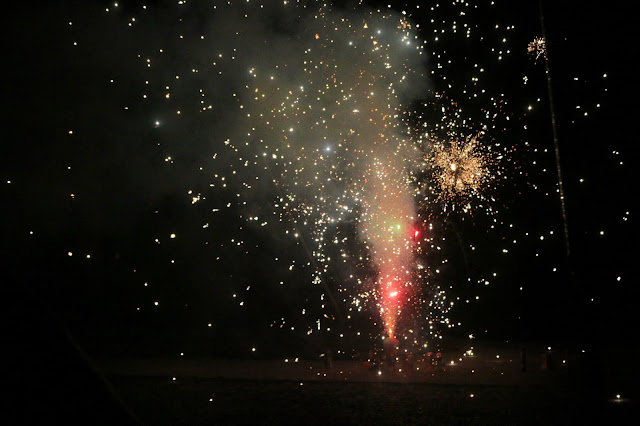 One of ours, we shot off some. Didn't go out to the local community fireworks (I wanted too but no one else did).
Had a pretty nice day all in all.

My gosh it's been over a month now since I've posted here.  - I guess it's because I rarely go anywhere (other than the grocery store or out to eat) so I don't seem to have much to post about.  - Okay, whining over...
CLICK ON PHOTOS TO ENLARGE
For today I'm joining in on WILLY NILLY FRIDAY FIVE  hosted by Tom (The backroads traveller)
1. Going back to May for a couple of shots... Just never posted them but wanted to share.  My mom's lilac tree was stunning this year (until the heavy rains came).  I captured this shot of some of the blooms. 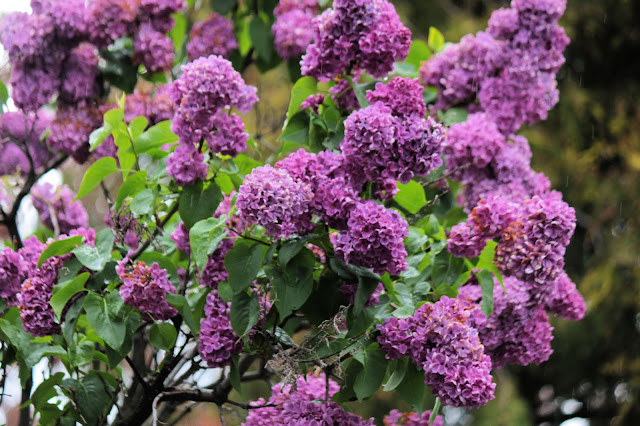 2.  I try to document hubby's accidents so I can remember when they happened. - This one was May 5.  He'd been out of town working and after he got home that night he told us he'd fallen and bumped his head, elbow and knee.  After looking at the "goose egg" on his forehead we went to the Urgent Care.  - No broken bones and they didn't think he had a concussion so after a couple of hours they sent him home.  - He felt pretty sore for several days afterwards. 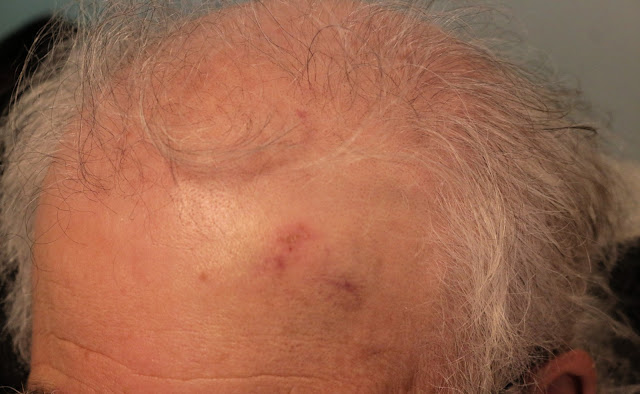 3.  He requested Meatloaf for his birthday in May and since I hate mixing it up my daughter and "Red" came over and helped out! 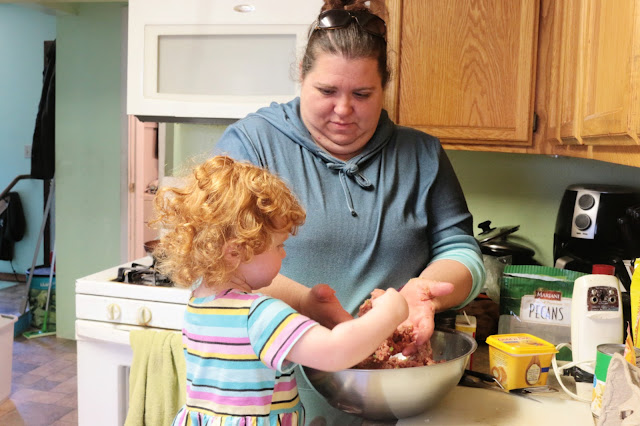 4. I got to attend a small circus with my daughter and granddaughter. This was one of the acts.  I shot this for 52 Frames Triangular Composition theme. - It made the (52 Picks album!) 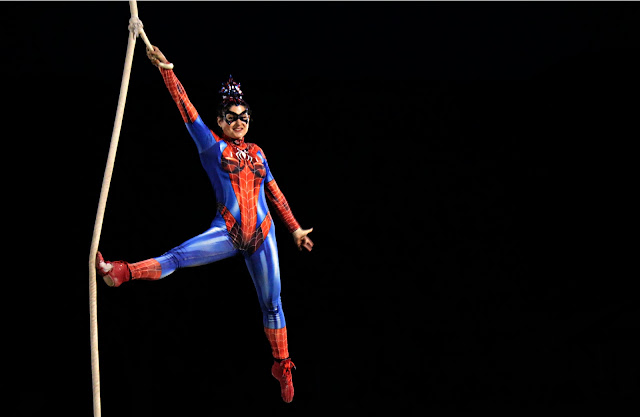 5. Some strange looking clouds I noticed one night. Shot in BW 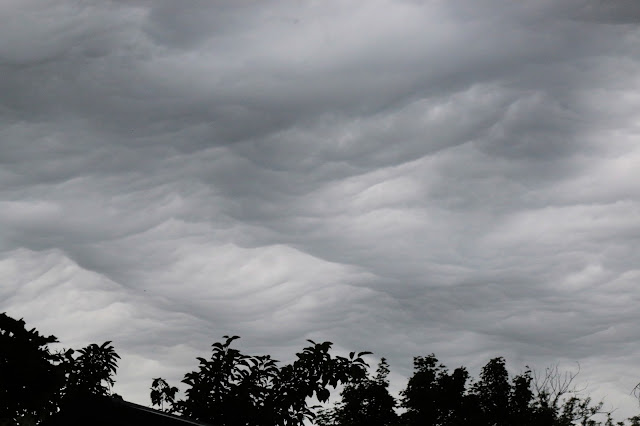 6. Every year a bunch of White Pelicans shows up and I happened to spot them one day.  - I decided to try and get a better view of them so I drove to a different spot and started walking down to the water.  Just before I got there they decided to fly so I only managed to capture this image of them. 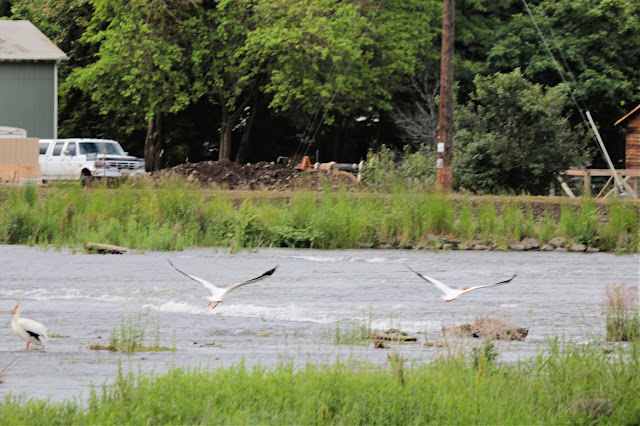 7.  Bought a new lily from a catalog and planted it.  It should look like this one from the catalog... 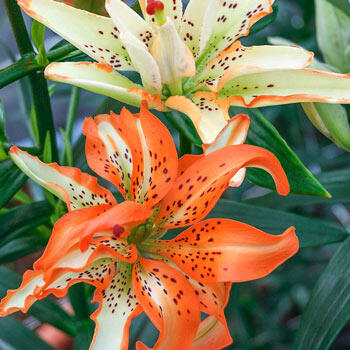 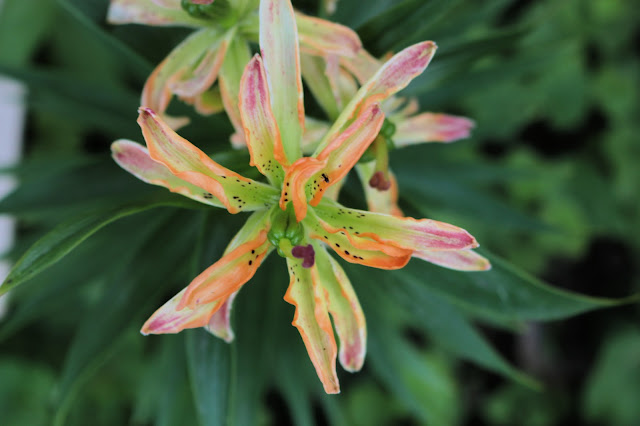 8. While driving around trying to find something for the Everything In Focus challenge I spotted these weeds growing in a wheat field and snapped a shot of them just because. 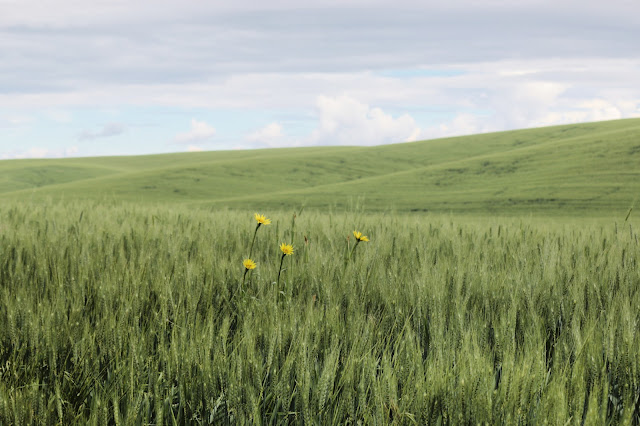 That's it for this round. - Hopefully I'll get out more and snap more pictures like I use to so I'll have more to share.