Welcome!  Once again I am going to combine 2 Meme's into one blog post.  It's just easier to do it that way rather than do two separate posts.

Song-ography :  This fun and exciting new Meme made it's debut last week and is the brain child of the wonderfully talented, Kathy from (You'll Shoot Your Eye Out).  Each week she gives you a song and you take a photograph based on your interpretation of the song.  This week the song is,  James Taylor's,
Up On The Roof.  -  I must admit I had or didn't think I'd heard this song before so I did listen to the little YouTube video Kathy had of the song and I liked it.  In fact I've decided I need some James Taylor music in my music collection so I'm planning to purchase a couple of his CD's really soon.

Much of this song is about escaping from the hustle and bustle of the world outside and finding that sweet spot up on the roof where you can see the stars in the sky and look down at the world below while spending time with someone you care about. I have to confess that I have a bit of a "fear of heights" now so heading up on some roof to photography the city below just wasn't going to be in the cards for this girl.  Instead I caught this photo and thought,  "hey this will work." 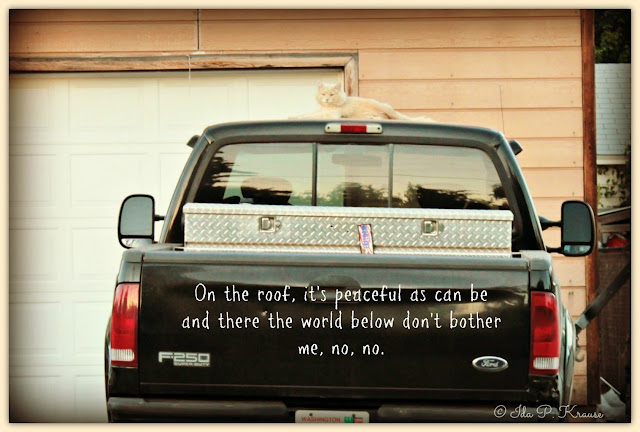 This is, Blondie (don't know his real name) a feral cat that roams the neighborhood.  I happened to spy him hop up on top the roof of the neighbor across the street's truck the other night.  I'm sure he felt pretty peaceful up there surveying his surroundings. This is as close as I could get without him bolting and since I don't have a great zoom lens it will have to do.
Next weeks song: "Here Comes The Sun" George Harrison and friends.
Now let's head on over to Ashley's blog (Ramblings and Photos) for Scavenger Hunt Sunday.
The prompts this week:  Camouflaged, Nutty, Alike, Identical and Jaunt.
CAMOUFLAGED: 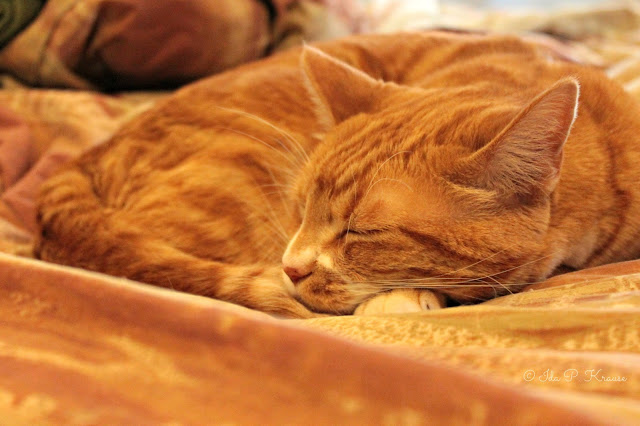 Our youngest cat, Captain Cuddles looks pretty much camouflaged against the comforter on our bed.
NUTTY:
1: having or producing nuts
2: having a flavor like that of nuts
3: eccentric, silly; also : mentally unbalanced 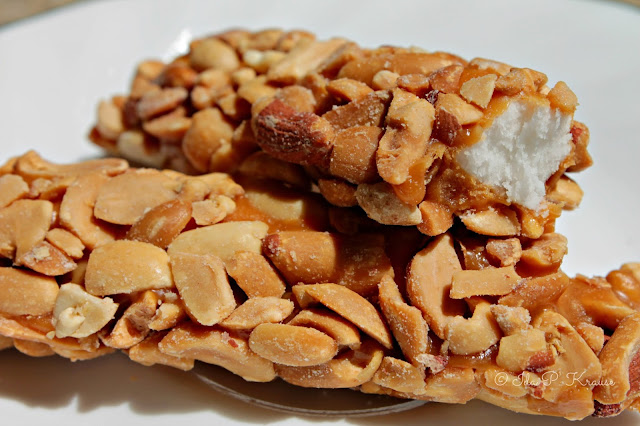 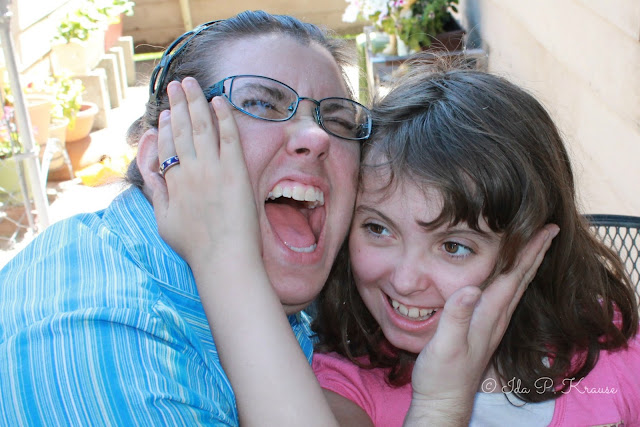 Greta and Coleen acting Silly.  They were suppose to "gently" slap each others faces but as you can see someone slapped a little harder then she was suppose too!
ALIKE: 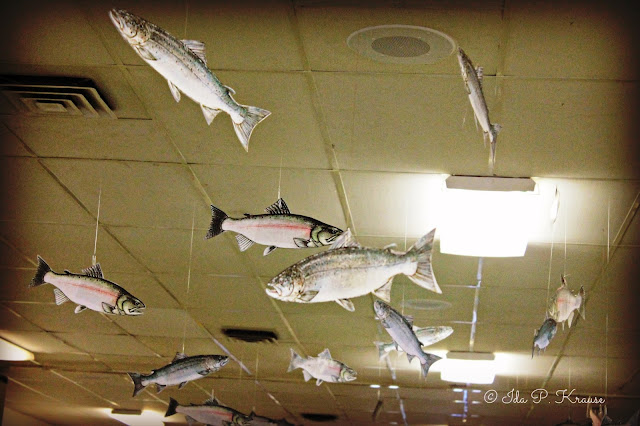 These paper salmon hanging from the ceiling at the annual Rotary Salmon bake (good food by the way) look pretty much alike.
IDENTICAL:  (Is there really such a thing?) 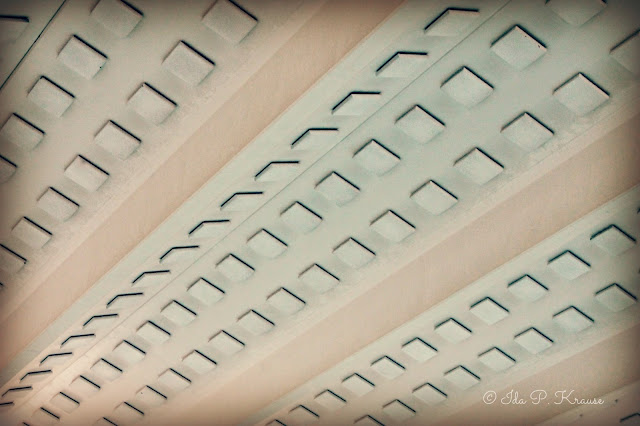 The concrete tiles on the ceiling of the swimming pool look pretty much identical to me.
JAUNT: 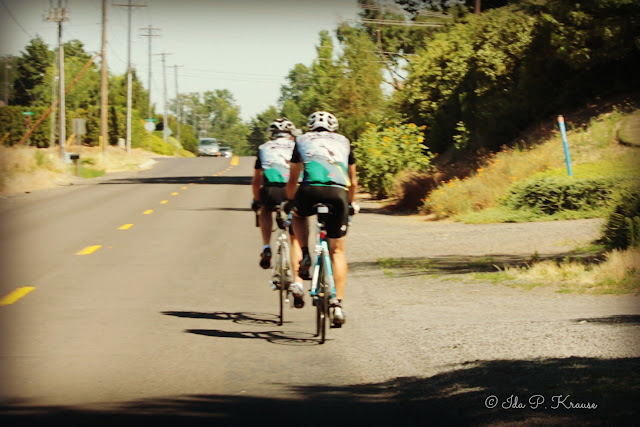 On our way back from taking in some Log Carving today I snapped this shot of two bicyclists out on a "jaunt" with their bikes.  Mind you it was already 99 when this shot was taken.  Thank goodness I was in a vehicle with a/c and not on one of those bikes!
Next weeks prompts:  Cool Colors, Leaves, Iced Beverage, Cooling Off & Raw.
Thanks for stopping by.  I hope to comment on as many of your blogs as I can.
Posted by Ida at 9:38 PM