Welcome! - I hope you'll join me on an Artistic journey of awesome photo art.  It's time once again to join Bonnie (Pixel Dust Photo Art) for Photo Art Friday.  The optional theme this week is,  "Collage." -  I hadn't planned to join in this week since it's spring break and Coleen has been home all week.  I didn't figure I'd have time to put together a decent collage piece of photo art so I planned to skip this week.

This afternoon after coming home from taking Coleen to see (The Croods - fun, fun movie) I was inspired to create a piece after all.  Mind you my piece has nothing to do with the movie at all.

I started with the following photos:  Click to enlarge. 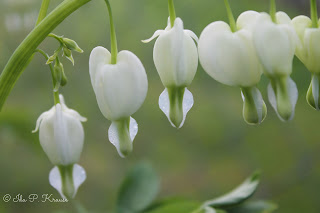 A picture of my white Bleeding Heart plant that is just starting to bloom. 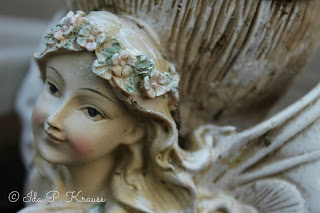 The garden fairy statue that I've used before.  This time I cropped the photo a little and then used the Cartoonizer feature on Be Funky to get this: 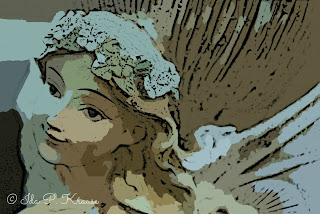 There were a lot of different steps I took after this.  First I added a layer of Bonnie's texture (Chinks of Light) just on the photo of the flowers and erased the texture off the blooms.  Next up I added the cartoonized fairy photo as an Overlay texture.  I fiddled around with various effects on Pic Monkey including the Orton effect and added another layer of Chinks of Light, a layer of Bonnie's, (Fine Art) texture but erased most of it leaving just a portion of the texture.
I also added some lighting effects from Pic Monkey creating the little stars on the final piece you'll see below along with a quote.  This I think is one of my favorite pieces of photo art that I've ever done.  I hope you like it too. 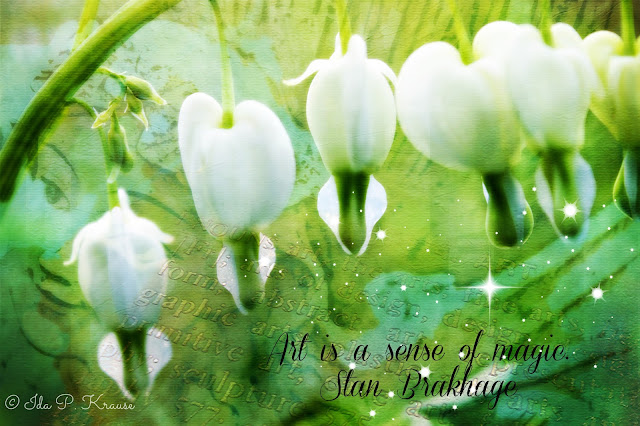