Happy Friday! - Wow it's the last weekend of January already.  Time keeps marching on for sure.

1.  Have you ever noticed how cats seem to enjoy cramming themselves into cardboard boxes.  This one was on the floor the other night and several of the cats decided to get inside.  This is Harley one of the "larger" cats we have.  I love how his paw is draped outside the box. 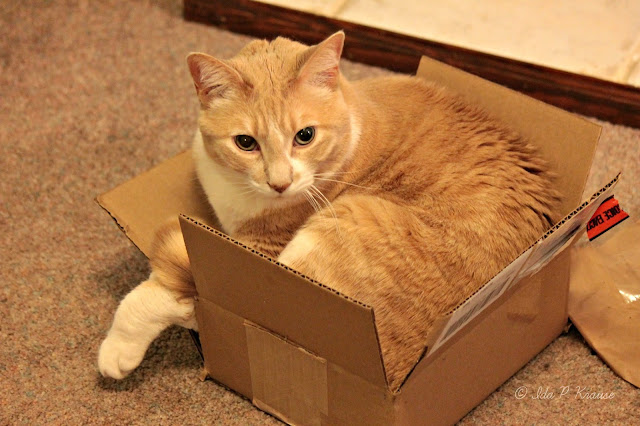 Did you know "Big Cats" like boxes too?  - Check out this video 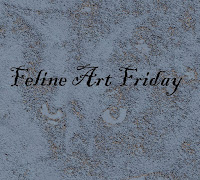 ﻿
So I'll also be using this photo for FELINE ART - Altered to this version: 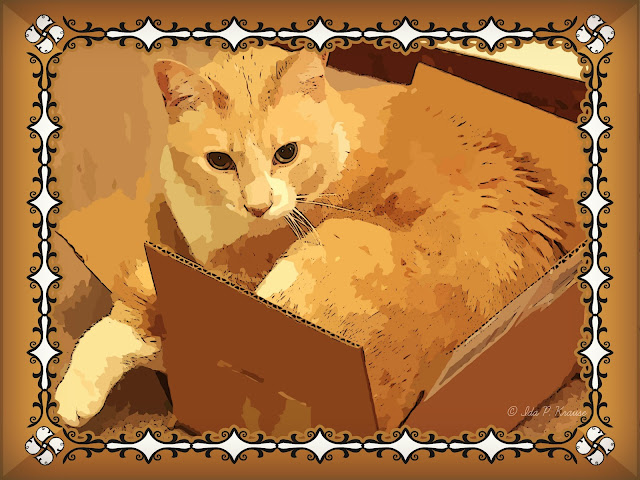 2.  We haven't had a lot of snow here this winter (I'm so thankful for that) but we have had some and lots of rain lately.  A couple of weeks ago I showed photos of Bennington Lake and the mountains but I did share this shot I took.  It's part of the lake itself. 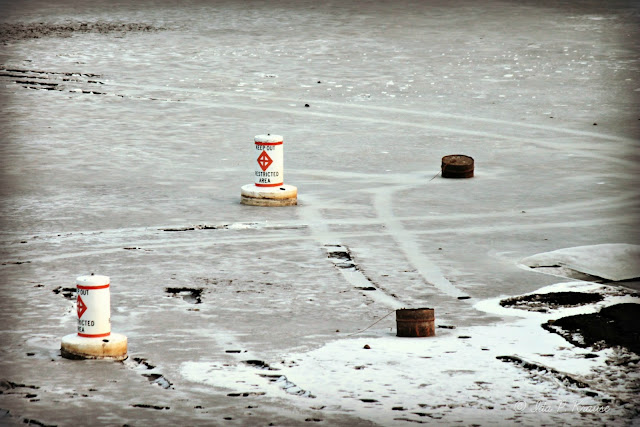 I don't think many people are going to head out onto the lake with thin ice but hey the warnings signs are a good thing.

3. During one of the better weather days last week Coleen, her mom & I took a little walk around the neighborhood.  We spotted these bushes in someones yard.  The white things looked a lot like blooms from a distance but actually turned out to be white berries.  Reminds me of popcorn.  It could also remind one of snow I suppose.  Sort of "artsy" I think. 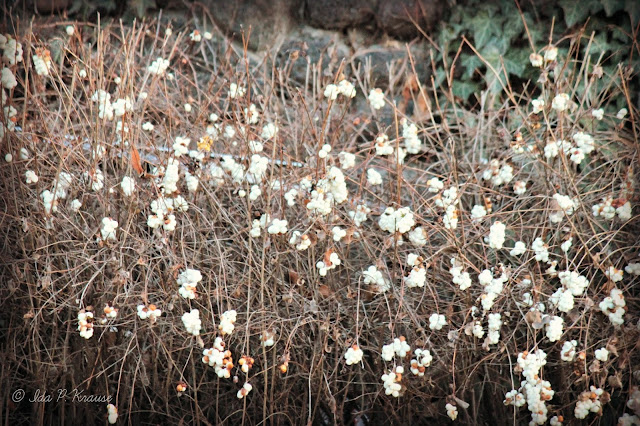 If you like snow and art check out this LINK - You'll be amazed for sure.

﻿
4. Last week Coleen turned 11 years old.  Hard to believe she's almost a teenager. -  With part of her birthday money she bought a watch.  On the way home she suddendly says:  "Well that was rather insulting!"  - I'm think what are you talking about so I ask her.
She replies:  "The box says,  This is NOT a toy.  Not intended for children under the age of 12!"  Yep, I'd say they goofed on that warning for sure. 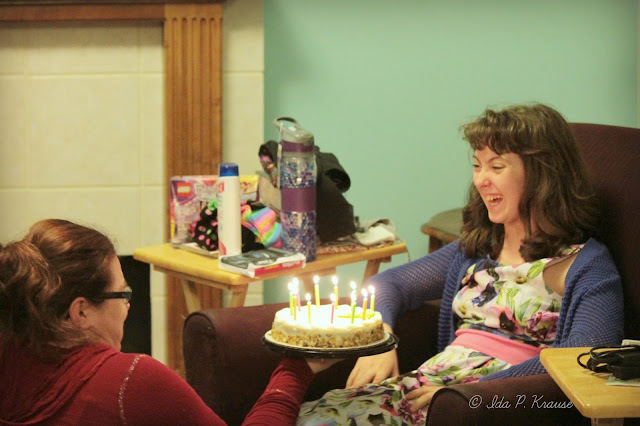 This is her and her mom laughing before she blew out the birthday candles. 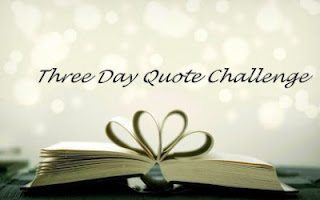 5.  Finally I was nominated yesterday (McGuffy's Reader) for a Quote Challenge - I love adding quotes to my photos so I had to participate in this one. 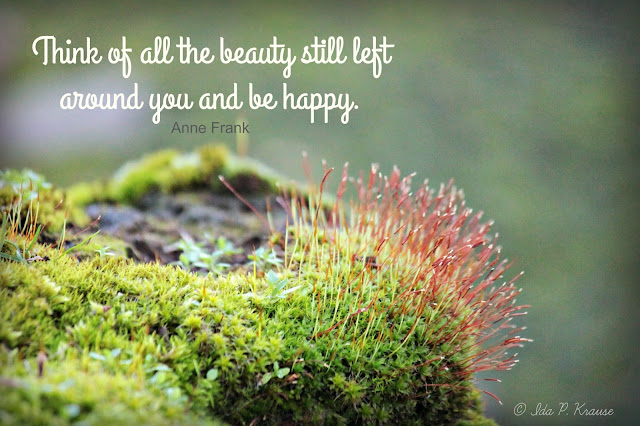 I've always liked that quote by Anne Frank every since Junior High (now known as Middle School) when I read the book,  The Diary of Anne Frank.
It amazes me that even with all she went through and dying at such a young age she was so wise beyond her years.
The rules of the challenge are simple. They are as follows:
1. Post for three consecutive days.
2. Choose and share one or three quotes each day.
3. Challenge three additional bloggers each day.
My nominies are:
Sandra:  The Mad Snapper
Ann:  Ann's Snap & Edit
Lynne:  Irish Garden House
﻿
﻿
﻿
Posted by Ida at 10:19 AM