It is with a Heavy Heart that I have to say we said our final good-bye to Snickers yesterday. - We knew it was time but it was so hard.  Thankfully our Vet was understanding and came out to our house so that we wouldn't have to put Snickers through the agony of a car ride in the carrier and she was able to go peacefully at home where she was loved and comfortable.

Here is the story of Snickers for those who want to read it.

One day back in 2000 I stopped in at a local Pet Store to look at kittens and the cutest little Calico kitten stood up an meowed at me and my heart melted.  - Oddly enough I can't seem to find pictures (that was before the computer and digital photos) of her as a kitten.

We brought her home and oh my she was a "mean" little thing.  Always biting and scratching you.  - I did not like her very much as a kitten.  As time went on though I came to love her very much.

Snickers had many nicknames:  Doodlebug, Snickerdoodles,

Snacky Snickers (for her love of all things food), 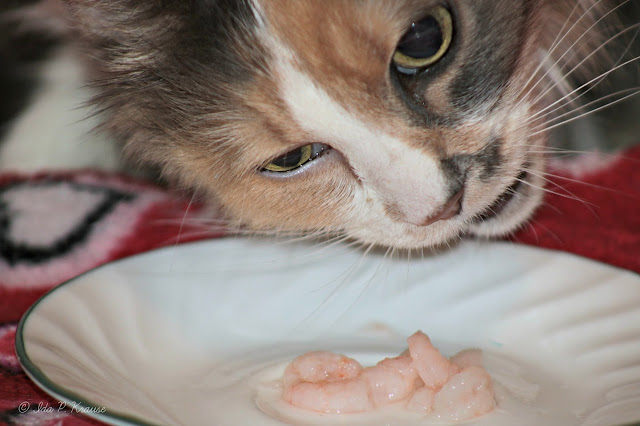 One of her favorite treats was, Shrimp.  This photos was taken last week on one of her better days while she was still eating good.


The Fastest Tongue in the West 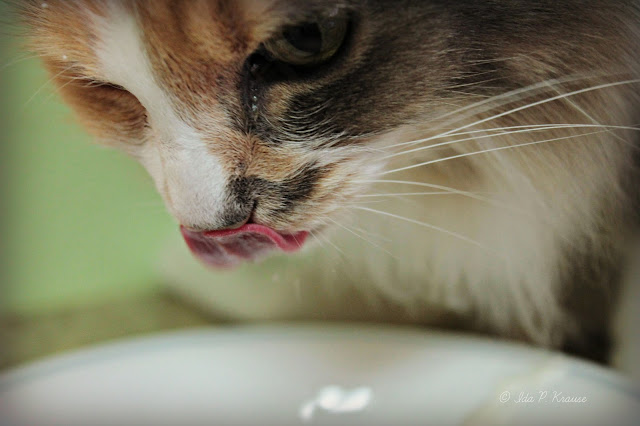 Here she is licking up whipcream from a bowl.  She was such a sloppy drinker though as when she drank water or milk she would slosh it so much that the counters and floors were covered with it but oh she loved milk, whip cream, ice cream, tuna fish water.


Snooty Snickers (because she was standoffish) - She was a "loner" cat most of the time but on rare occasions she would spend time with some of the other cats: 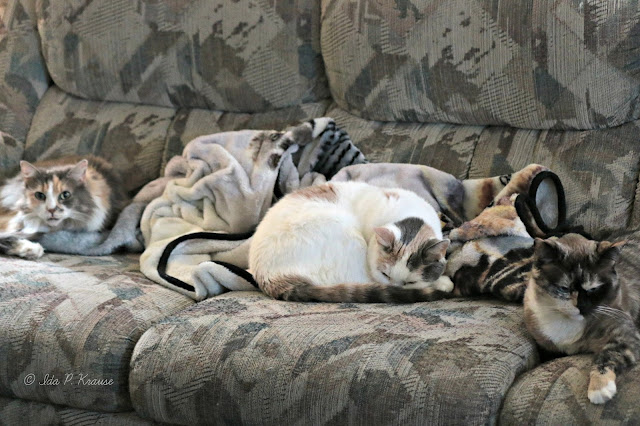 
Snarly Snickers (for when she was in a bad mood) 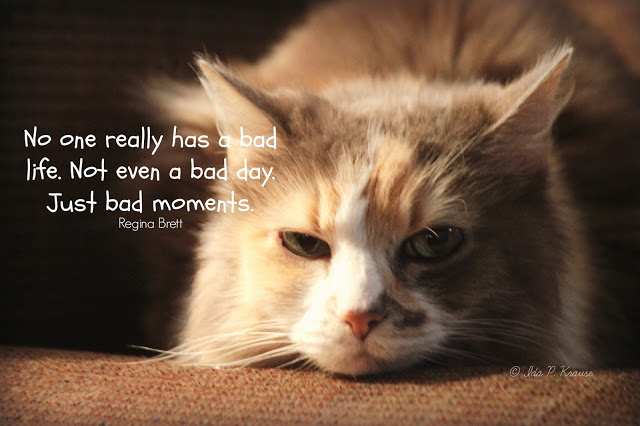 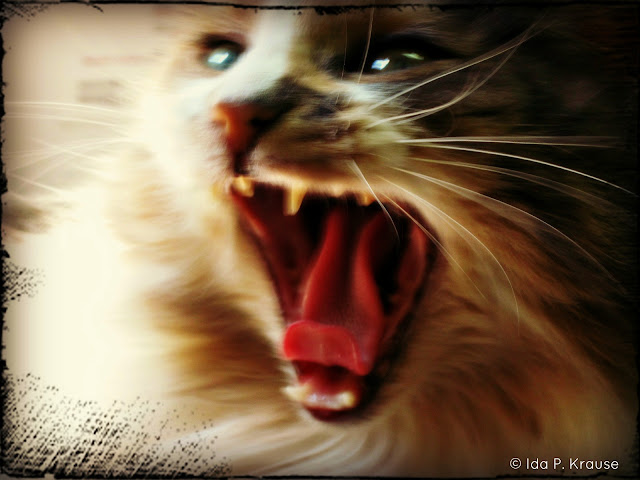 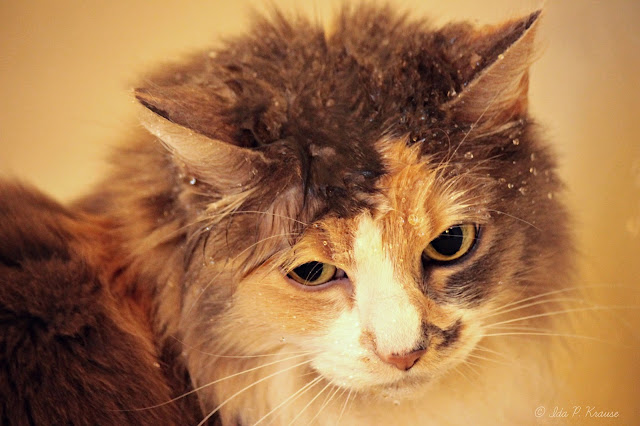 One of her favorite things was getting a drink of water in the sink or bathtub.  She'd stick her head under the dripping water until she was soaking wet.  It was so comical. 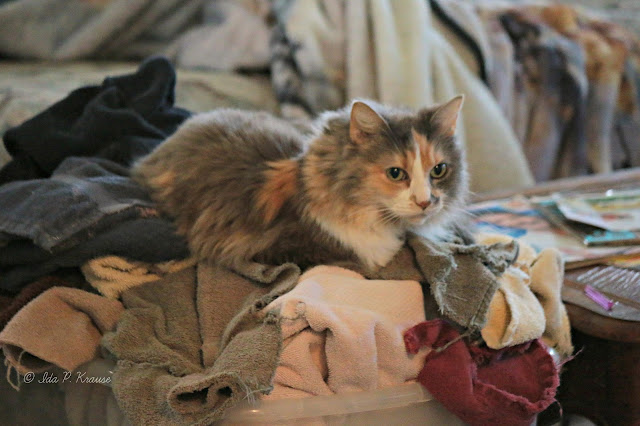 She loved laying on freshly dried towels.  Once she even "unfolded" the towels, always a helper. 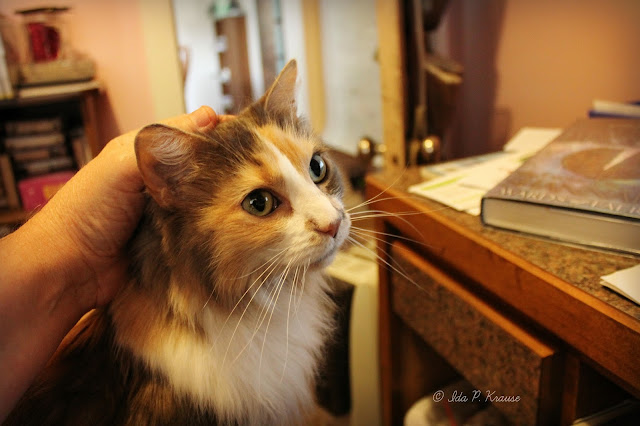 Sometimes she would come in my office while I was at the computer and hop up on my lap so I could pet her.  I loved those times.﻿ 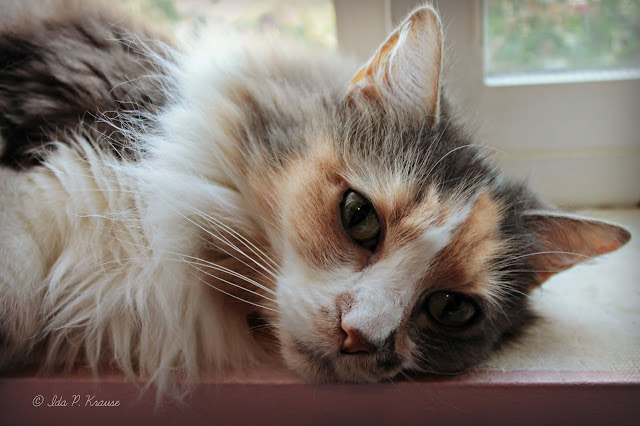 She also loved laying in the windowsill of my office and looking out at the birds or just watching me as I worked. 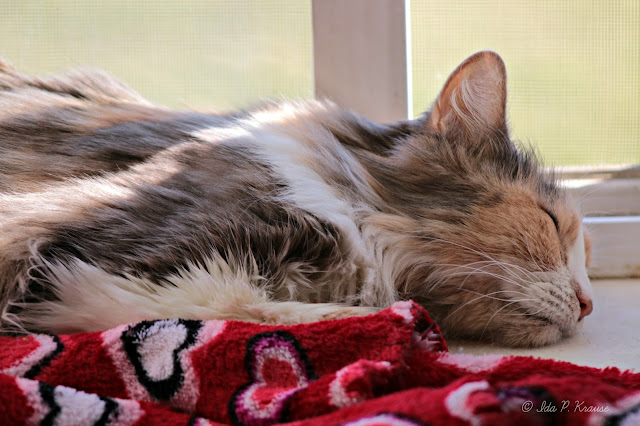 This one was one of our last days wit her.  I had brought her out of the closest where she had chosen to stay and layed her in the window.  She just layed there and soaked up the warmth of the sun and purred.  She was to weak at this point to do much else but it was so sweet having her there with me. 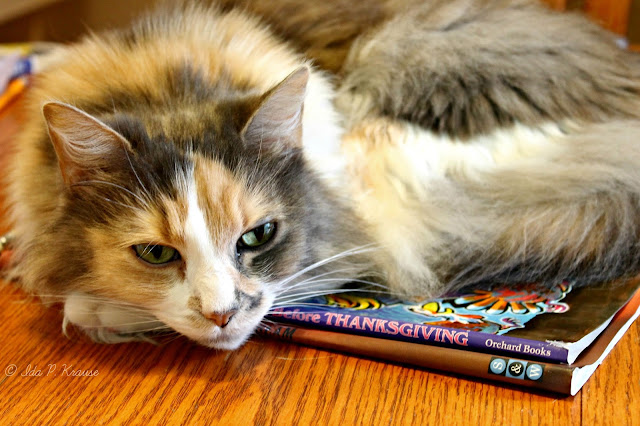 Laying on the table was a fun pastime for her or sitting in a cardboard box. 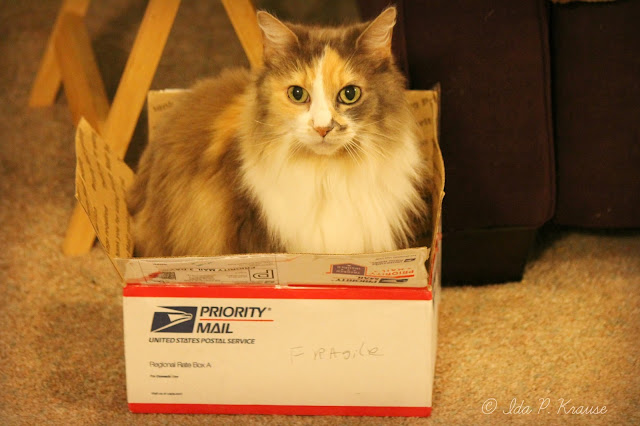 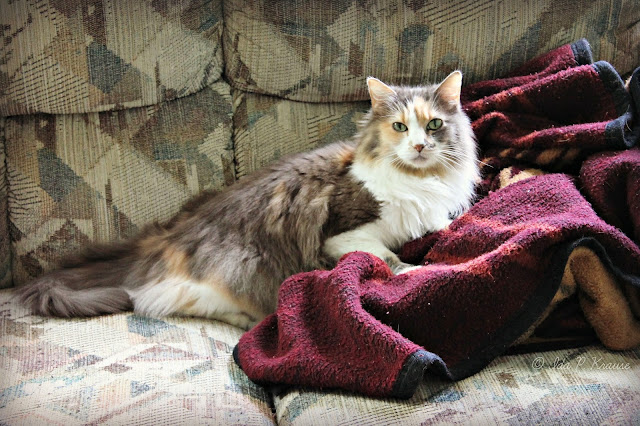 She loved soft blankets to lay on, catnip, eating grass on rare occasions when she was allowed outside (which wasn't often as we believe in indoor only cats for safety) 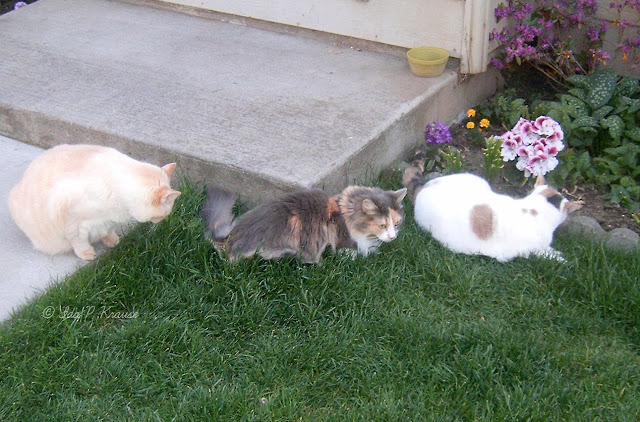 L-R: Nuisance (who has passed on) Snickers and Dottie - 2007.
We will miss her sweet face.  We loved the little "hammer" marking by her nose, her long whiskers that had silver tips, her short little ears and legs, the way she ran was so cute, her head bumping when she wanted you to wake up, watching her pad the bedding, her gobbling up food and never gaining weight.  She was a tiny little cat, never weighing over 5 1/2 pounds.
Out of all her nicknames there are two that define Snickers: 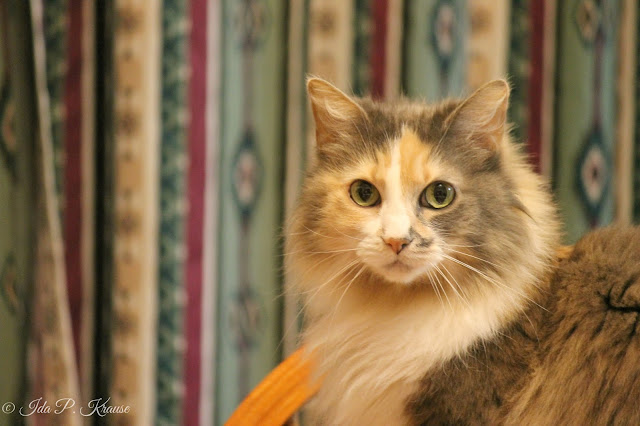 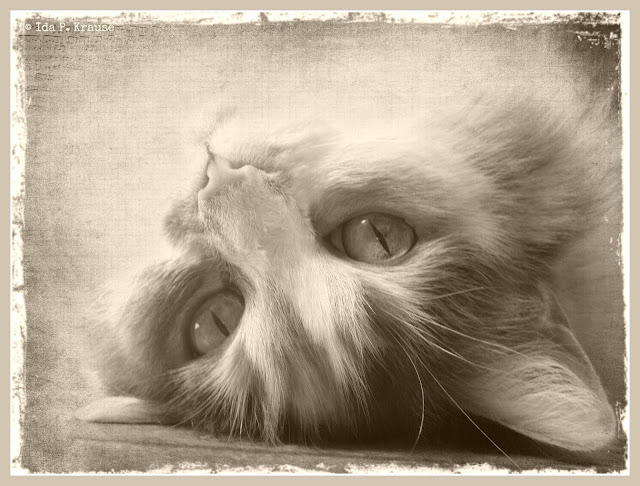 You will be greatly missed and never forgotten.