It's been several weeks now since I've participated in Willy-Nilly Friday Five (hosted by Tanya from Around Roanoke)  so it's good to finally be back posting something.

1.  Sometimes while out on a photo hunt I discover things that I wasn't even looking for.  This particular day I was looking for fence shots when I happened to find a really cool rock garden in someone's yard.  They had some of the neatest plants.  This was one of them. 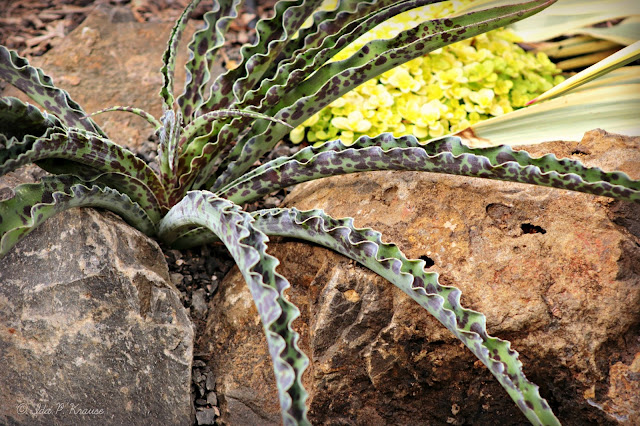 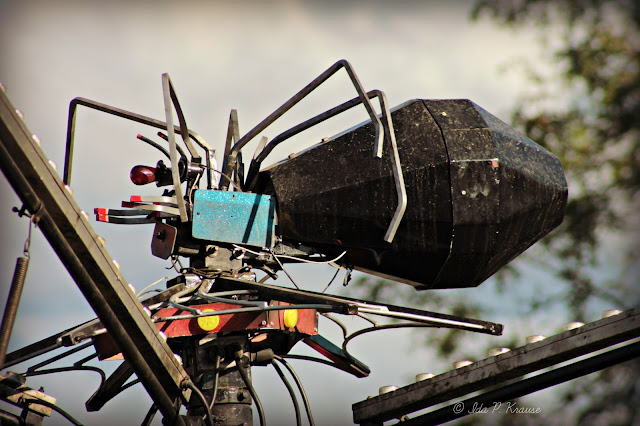 ﻿
No it's not a bowling ball - See I told you the photos wouldn't match the randome facts.  Just one of the rides at the Fair I shot over the Labor Day weekend. - This one is called,  The Spider.  Speaking of spiders.... 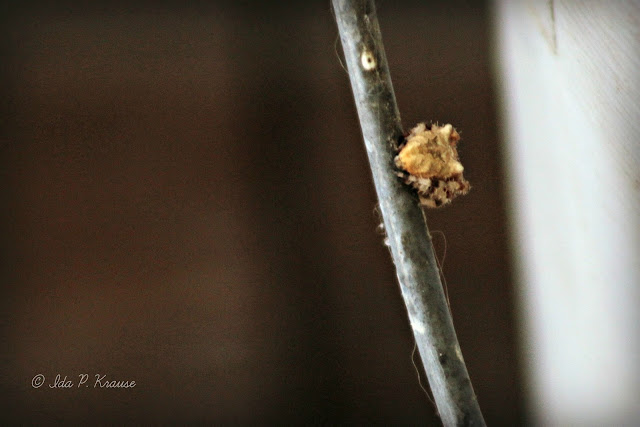 Here is the butt end of a "Cat Faced Orb Weaver" spider that's hanging around on my mom's front porch.  It's not the greatest photo but you can see where they get their name from the cat like features on it's back end.
3.  Coleen is enjoying Middle School a lot more than I thought she would.  She loves Home & Family Life, (We called it Home Economics) and her Writing Class.  This week they had Open House and I got to meet her teachers and everyone has said what a "joy" it is having Coleen in their classes and how bright, polite, insightful, helpful etc...she is.  It's always good to hear things like that. 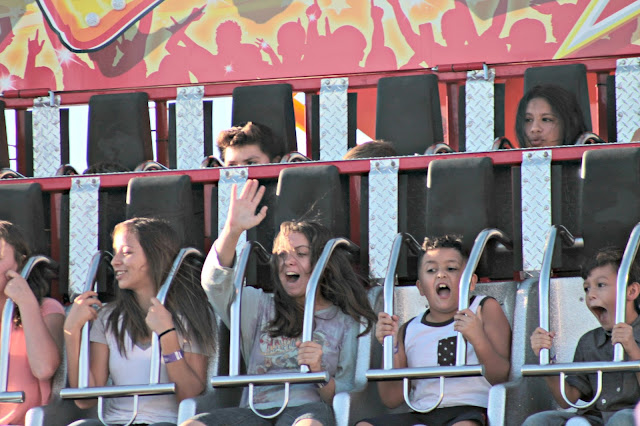 ﻿
Here she is enjoying another of the rides (Rock Star) at the Fair.  Loving the expressions on the two boys faces.

4.  Gearing up for the start of the new television shows we like to watch.  I've already started watching Dancing With The Stars, what an interesting group of celebraties they have this season.  Next week NCIS starts and we enjoy both the first show and the New Orleans show.  This shot from the Mardi Gras ride at the fair reminds me of that show because they are always showing scenes of life in New Orleans, it looks like a fun city. 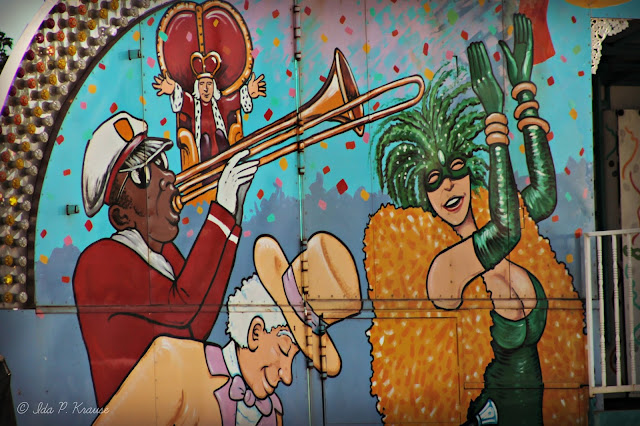 5.  Finally yesterday I made mention of a special  "little announcement" which I've been keeping quiet about all week. -  Most of you know that last week we had to put down our sweet 16 year old cat, Snickers.  It was such a hard thing to do & again I thank everyone for their wonderful & kind condolences on her passing.  She will never be forgotten.
I had said that there was "No Way" we were getting another cat after she was gone.....
Well guess what?
I'd like to introduce you all to the newest member of our household.  Please meet: 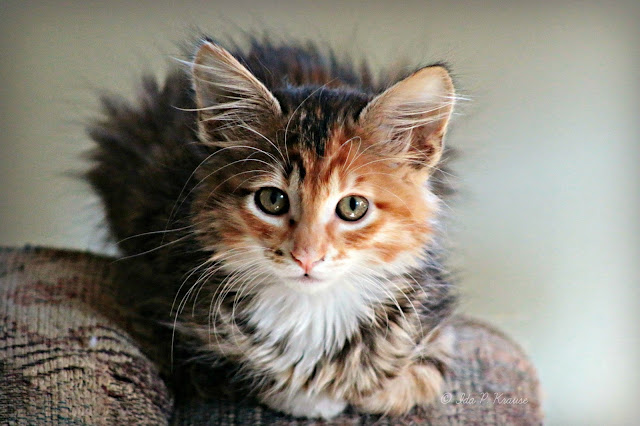 ﻿
Caramel  "Honeybun" Krause
We adopted here on Saturday from the Humane Society.  She is already fitting right in with the other 8 cats we have.  Caramel is her official name but her middle name is "Honeybun."
She's a (Daddy's Girl) though and loves spending time doing this with him. 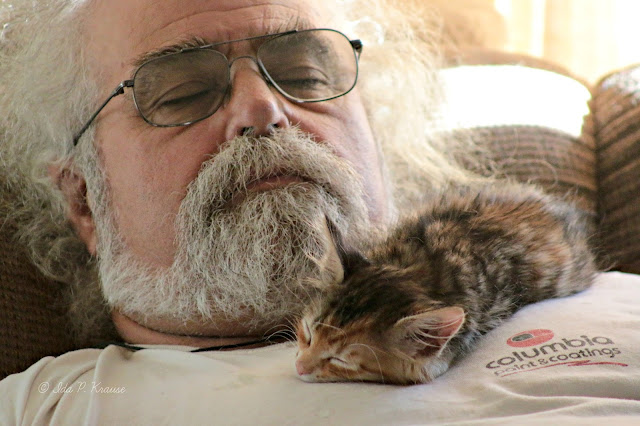 ﻿
Although she has slept with me like that a few times as well.  She is such a little character.  It's amazing how fast they win your heart.  And just because she's so adorable you get one more photo of her. 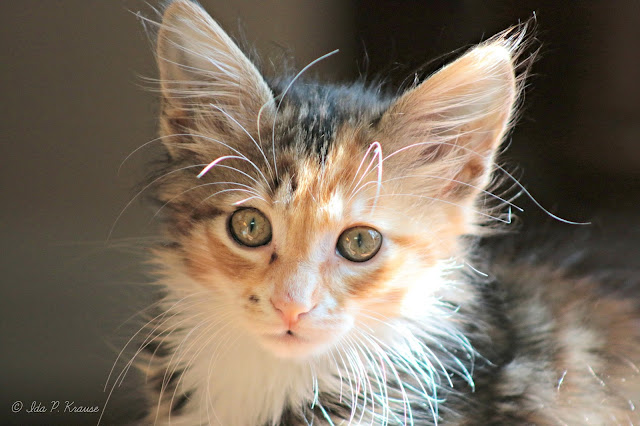 
Having her around has made the hurt and pain of losing Snickers so much easier to bear.
Have a great day & thanks for stopping by.  Enjoy your Week End.﻿