I grew up in the 60's watching the "Original" Batman series starring,
Adam West.  Mr. West was born in Walla Walla on Sept. 19, 1928 so it was fitting that Adam West Day was held today in downtown Walla Walla.
Mr. West passed away June 9, 2017.

Joining Jesh (ArtworksfromJeshStG) for ALL SEASONS 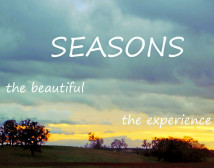 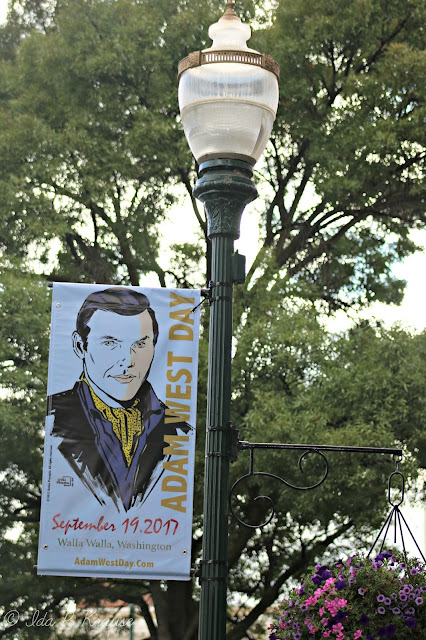 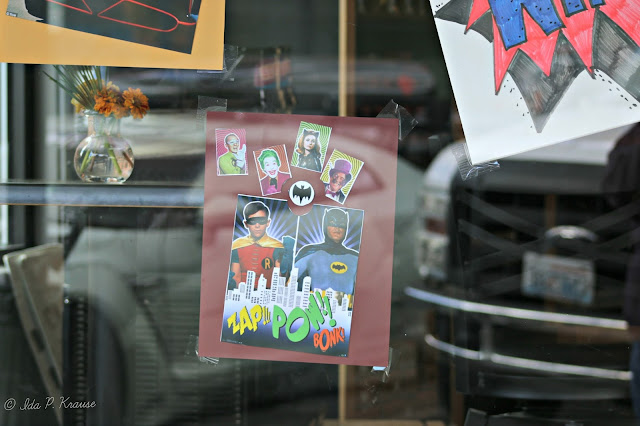 Business had various batman signs in their windows.  This one features Batman (Adam West), Robin (Burt Ward) and some of the characters from the series:  The Riddler (Frank Gorshin), The Joker (Cesar Romero), Cat Woman (Julie Newmar), and The Penguin (Burgess Meredith). 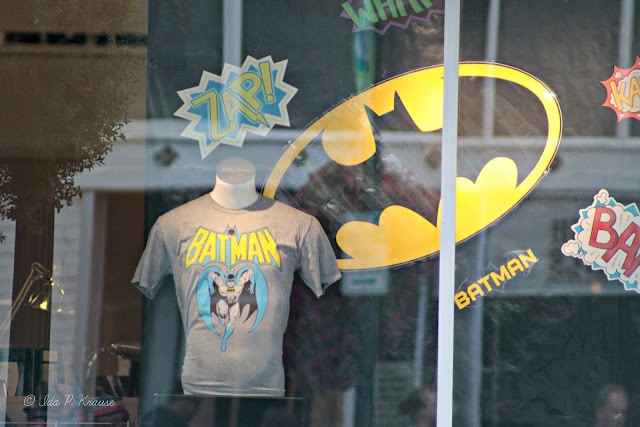 Children came out in droves many in Batman costumes like the little boy below. 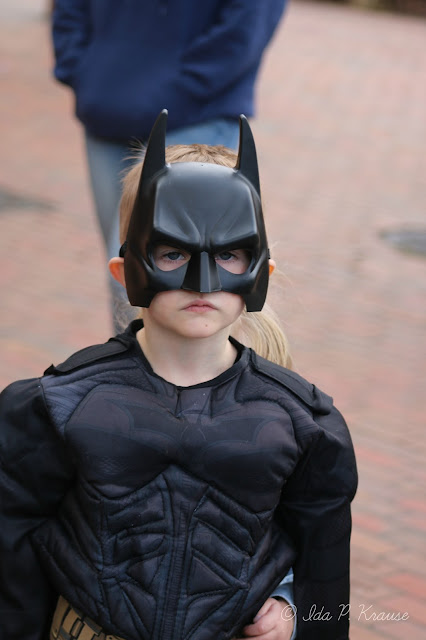 Note his little sister is hiding behind him. - Don't you love how serious he looks.

A Replicas of the "Batmobile" used in the series was there for people to see as well. 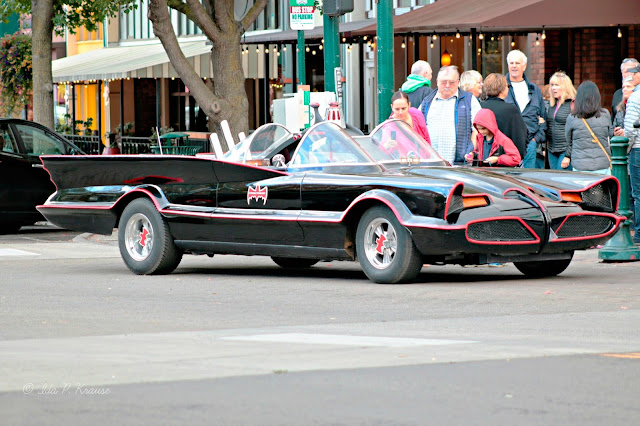 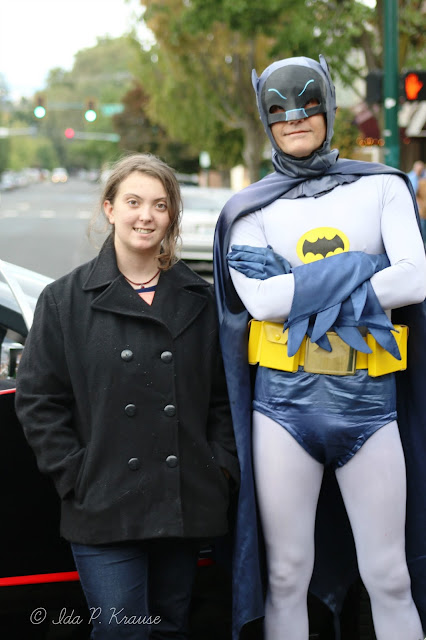 I managed to get Coleen to pose for a photo with Batman.

It was a fun celebration. - Thank you Mr. West for all you did for our community and also for entertaining us all those years as the original,
Batman.
Posted by Ida at 7:30 PM