Welcome! - Did you all have a nice week.  It wasn't to bad of a week here.
I'm still battling a bit of a cough from the Cold I've slowly but surely been recovering from.  My mom had to go off her Cholesterol medicine as it was causing her joints to hurt and she was in a lot of pain.  She's feeling better day by day though.
My bowling this week went well (156-145-179) so I was happy about that.  Coleen has been good all week, hubby is doing well and staying very busy, and weather hasn't been to bad so I can't complain.

Last week I played around with a photo but forgot to write down what I had done to it but I've decided to share it along with another one that I did write down the edits.

First up is my original photo: 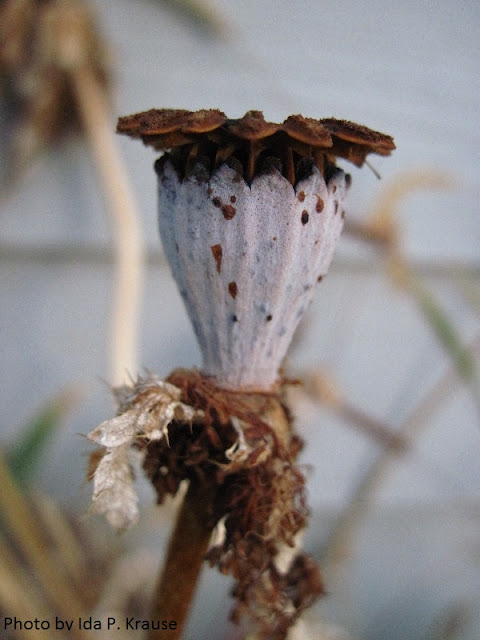 This is the seed pod of my Oriental Poppy.  I think it looks beautiful just as it is, SOOC but I did play around with the photo and came up with the following. 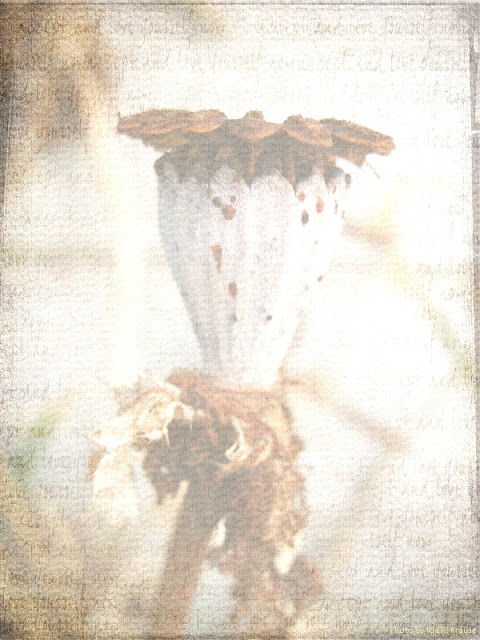 Again I am not sure of the edits I did on this.  I do know that I used one of Bonnie's textures,
Acceptance and added a frame around the image as well using something in Gimp. 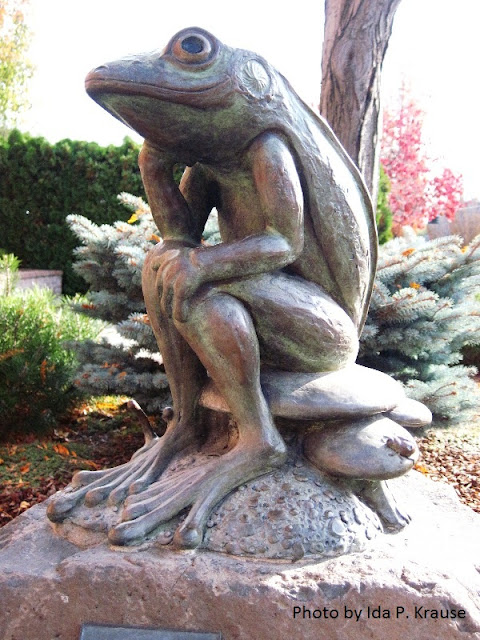 This is a Frog Statue that sits on a corner in the down town area.  It's called, The Thinker.  I really think it's a fun little statue all by itself but then I did some creative editing and love how it turned out.  This time I managed to write down the things that I did to my photo.  (Hip, Hip, Hooray!) 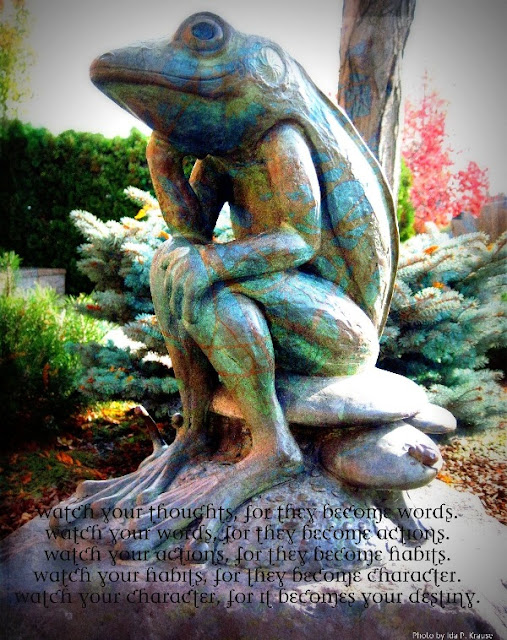 First up in Gimp I edited the Brightness/Contrast of my Original photo.   Then I added Bonnie's Texture, Happy Day at 55.4% Soft Light.  Next up I went in to the Picnik programs and used the feature called, Lomo-ish, Blurred the edges 50% and Faded 30%.
Then I added the text.

I'd love to be able to do more things but figuiring out how to use Gimp is challenging to say the least.

If  you'd like to see more great Photo Art be sure to pop on over to Bonnie's blog where everyone posts their work.  It's pretty awesome.
Posted by Ida at 9:01 PM