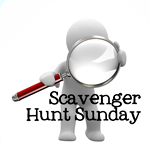 Welcome - How was your week?  Mine was busy, busy, busy.  Seemed like everyday this week I had somewhere to be or something to do.  I wasn't sure that I'd even get to the prompts this week but somehow I managed.  I started off the week with good intentions of getting all the prompts as quickly as possible.
﻿Monday was a gorgeous day here in "Wally World" (aka, Walla Walla).  It was actually 71 degrees outside!  By the end of the week though the temperatures had drastically dropped and today it was barely 40 out and it tried to snow a little.  Brrr...so not ready for winter.

Tally Ho it's on to the hunt!  You can find all the other participants by click on the link to Ashley's blog right HERE:

The prompts this week are:  Nature, Vintage/Retro, Whimsical, Cooking and Weeks Best.  - Thank you Danelle for the great prompts.

NATURE:  Wow this category was hard....Why?  Well there's is just so much in nature to photograph it was hard to narrow it down.  However today we took another drive up Scenic Loop, probably the last one of the year since it's a dirt/gravel road that is generally closed in the winter.

It was cold out and there had been some frost or snow in the area and we spotted some apple trees on the side of the road so I stopped and snapped this photo: VINTAGE/RETRO:  Ah the best laid plans...I had intended to head to a local antique/farmers market to photograph there but when I arrived I discovered it was closed until the 14th so they could get ready for Christmas.  So instead I headed to a different store called, The Country Store which sells all kinds of old stuff.  The last time I was in there they had the coolest retro couch that I fell in love with.  Sadly it was gone today when I looked around.

Instead I spotted this: 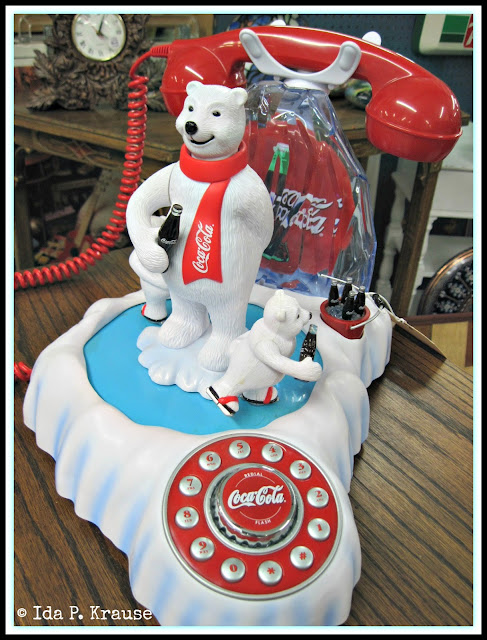 So is this Vintage, Retro or Vintage Retro?  Whatever you call it I think it's really fun, cute and kinda cool.

WHIMSICAL:  My 1st shot of the week for the prompts.  I took this on Monday the day it was 71 degrees outside.  I remembered this RV Park here locally that has all these animal figures and such placed around the park in various locations.  They have this cool chicken, a dinosaur, deer, elk, mountain lions, long horn cattle, etc...but when I got there many of them had been stored away for the winter.  I did spot this Giraffe and thought it had a rather "whimsical" expression on it's face. 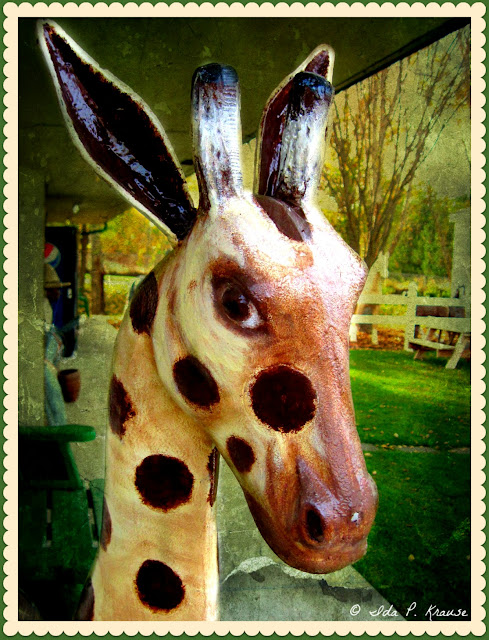 COOKING: I confess that I tried to take a picture of this while it was cooking but the photo's just didn't turn out that great.  I mean taking a picture of something baking in the oven is hard.  So instead you get the results of my cooking efforts: 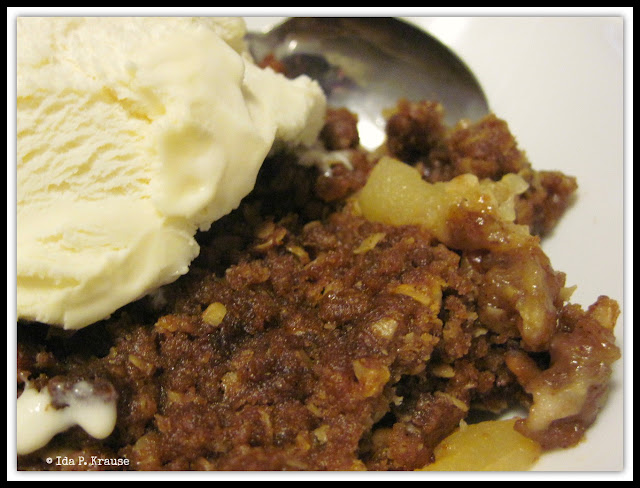 ﻿Fresh out of the oven (and probably still cooking a little) Apple Crisp with Vanilla Ice Cream on top,  Yum!

WEEK'S BEST:  -  Well I never know what to use for prompts like this.  I take a lot of picture during the week, some not so great and other's not so bad.  So how do you pick one as the best?  Still I'm going to go with this one: 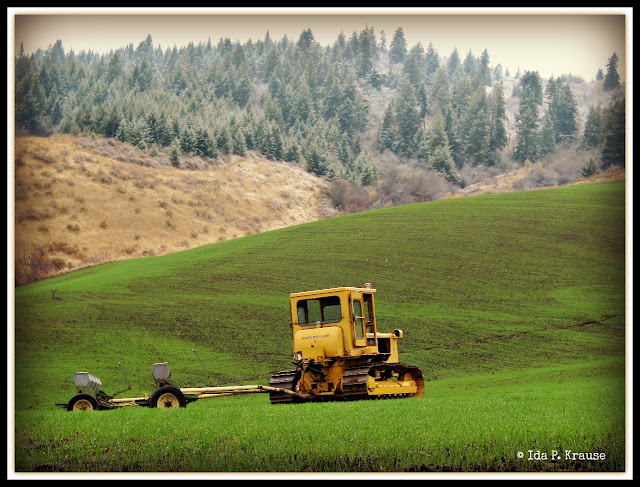 This is the same field that was featured on SHS on October 28th.
See the photo below and see what a change has taken place in this field. 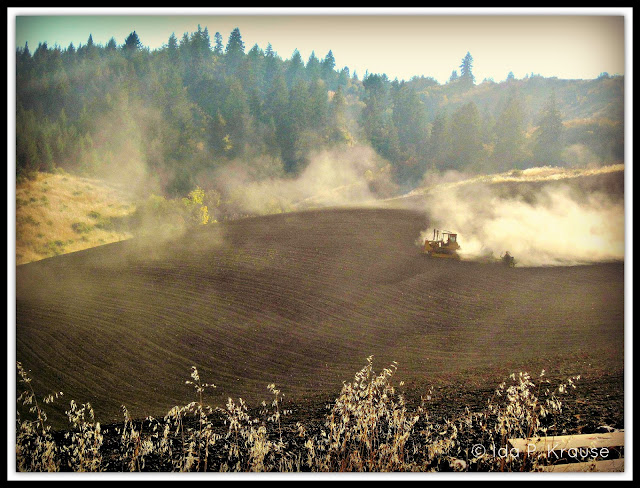 Have a great day and thanks for stopping by.
Posted by Ida at 10:00 PM