1.  My mom & I took a drive up a back road the other day so I could get some pictures of the valley but it was so overcast you really couldn't see it that well.  We did spot more deer in the same field we did last year so I had to take pictures of them.  Yes they were quite far off and even with my zoom you can't seem them that well.  Can you tell how many are in the shot? 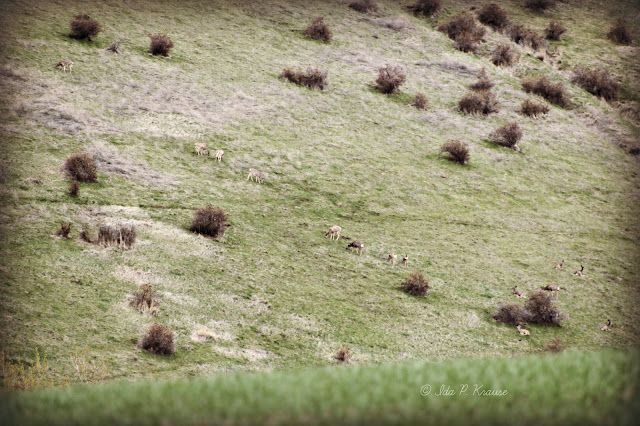 Be sure to click to enlarge for a better view. - The answer is at the end of the post.

2.  We had a beautiful sunset the other night.  I walked down to the school (about 2 blocks) to get this shot so it would be free of power lines. 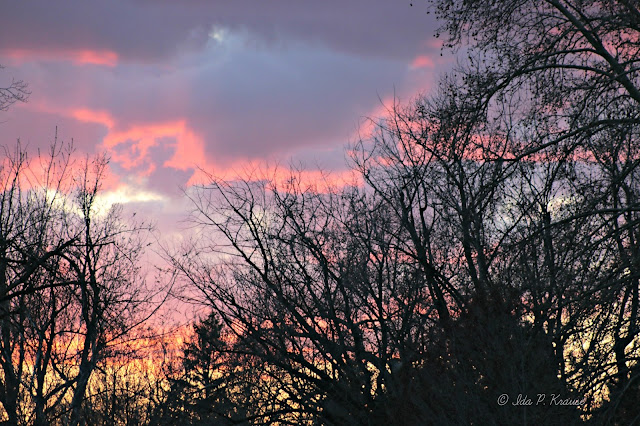 3.  I was on my way to the store the other day when I noticed this house was getting some new roofing.  Of course it's been pretty rainy here lately so they haven't exactly started on the roof yet but all the shingles are up there.  I just happened to think it was unusual to see them wrapped in purple plastic.  Naturally I had to get a picture.  This is for you Debbie (It's All About Purple) 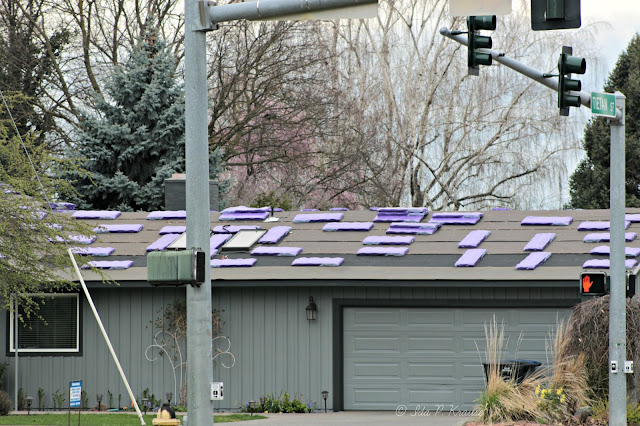 4.  Coming back from the bowling alley on Wednesday I saw something running across someone's lawn and thought, "What is that?"  I managed to pull over and get my camera out and snapped a couple of pictures.  Sadly they weren't the best of pictures but you'll get the general idea.  It was a squirrel...so what's so unusual about that you might ask?

Well this one was a mutated squirrel.  Instead of it being brown it was a pale tan color with white splotches and a white face.  It was over cast and I was parked where I shouldn't have been parked so you'll just have to make do with the shot that turned out the best. - Believe me it was one "weird" looking squirrel. 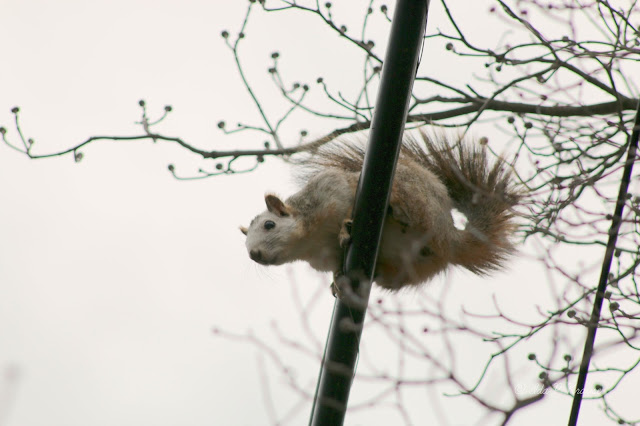 5.  Finally today the wind has been blowing at a steady pace.  Coleen and I drove to Safeway to get lunch and on the way we noticed a street closed sign.  Now around here that usually means they are working on the streets but in this case it meant this.... 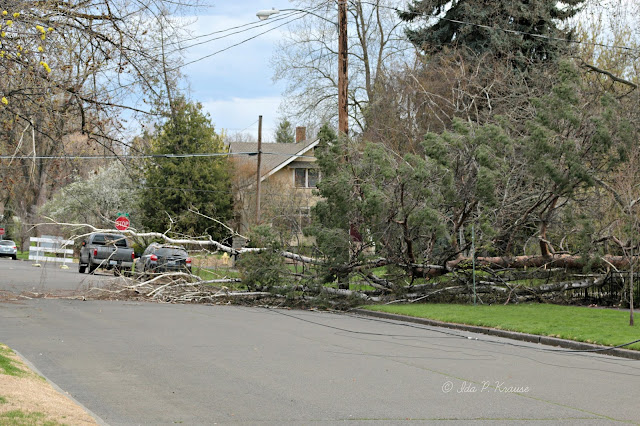 A large fir tree blew over and took out a branch of a birch tree as well.  We walked up, being careful of the downed power lines and snap a few shots.  I'm just sharing this one for now. 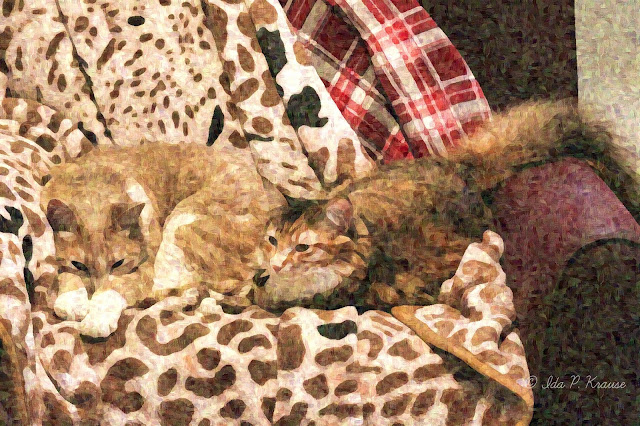 Harley and Miss Caramel Honeybun as an Impressionist Painting (courtesy of BeFunky.Com)  You can join in on the fun here:
﻿
﻿
Posted by Ida at 4:37 PM