Hello! - Happy Friday.  - It's time once again to join Bonnie over on Pixel Dust Photo Art for,  Photo Art Friday,  This weeks suggested theme,  Surprise.  That's a pretty wide opened theme.  I'm pretty much always surprised by anything I create as Photo Art because it's all so new to me.

For this week I started out with a photo of some Thistles that I took while on my walk last weekend with Coleen.  I started playing around in Gimp using some of Bonnie's textures and trying to learn how to do Layer Masks etc...I'm not very good at trying to figure out directions in Gimp and mostly I just fiddled around on my own and I think that I actually got a mask to work the way I wanted it to but I have no clue as too what I did so I have no formula to tell you about as far as the results I got. - Sorry.

Here is the first of my attempts: 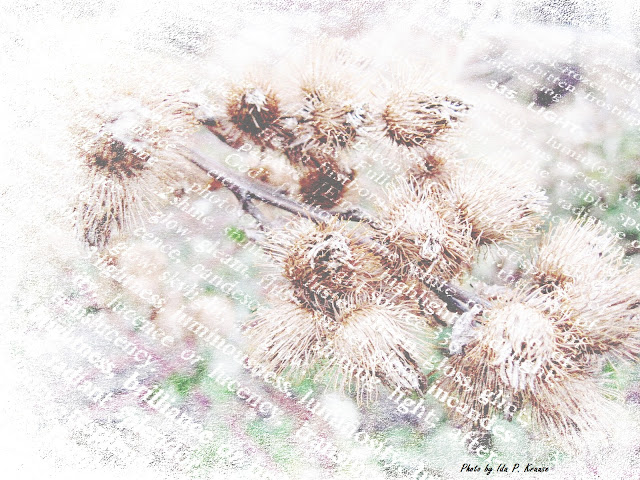 I do know that for this one I used Bonnie's texture,  Light Dust 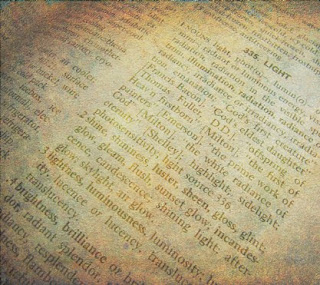 I'm not sure but I think I used the Difference Mode on this at some point to get the text to be white but again I didn't write it down so I can't be certain.

Next up I tried the same texture and on this one the Thistles showed up just the way I wanted them to. 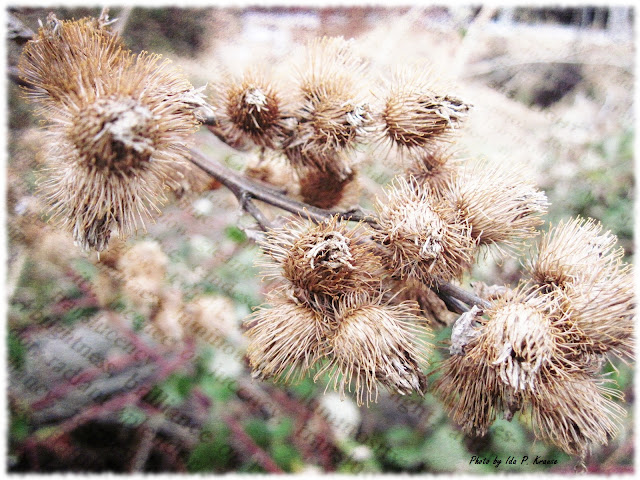 Finally my last version is probably the one that "surprised" me the most.  Oh not so much in what I did with it (although I do like how it turned out) but more so because while saving it I accidentally hit (Save) instead of (Save As) and sadly my original photo went to photo la-la-land.  I tried to do a System Restore on the photo but for some reason there was no previous version to restore so I can't show you the original photo.
Not much of a surprise but a lesson learned.

Anyway I used Kim Klassen's texture, Simplicity for this one and then added a quote using Picnik.  This is being entered for Texture Tuesday. 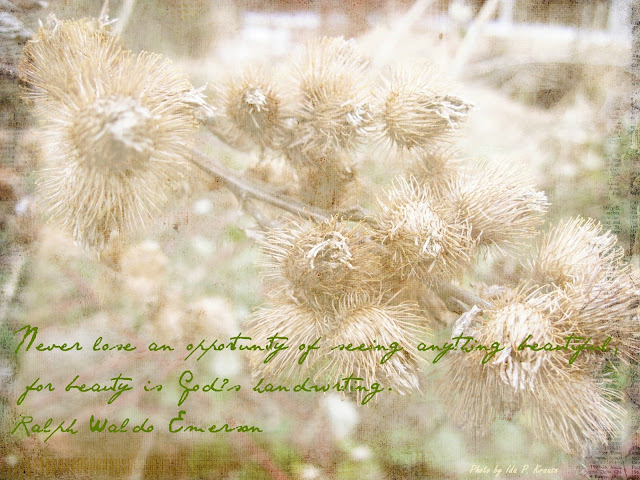 It's always a, Surprise when you start playing around seeing what you can do with your photos.  Who knew that something so ordinary as, Thistles could be so beautiful.

So don't forget to check out the other enteries for PAF.  Have a great day.
Posted by Ida at 9:01 PM