"Whatever" Wednesday - The Deer Edition

About a week ago I took my mom over to a furniture store to buy a new mattress for her bed. As always I try to carry at least 1 camera with me (just in case) and as luck would have it on our way back we spotted some deer out in a field along the highway. I pulled over and took out my hubby's little point and shoot camera and snapped a few pictures. Then I decided to pull up a little closer for some better shots. The deer were pretty calm about the photo's at first but then decided to keep an eye on me and eventually they got tired of the photo shoot and headed back into the little grove of trees. It was exciting though for me to actually get some decent photo's of them so I hope you enjoy my pictures. 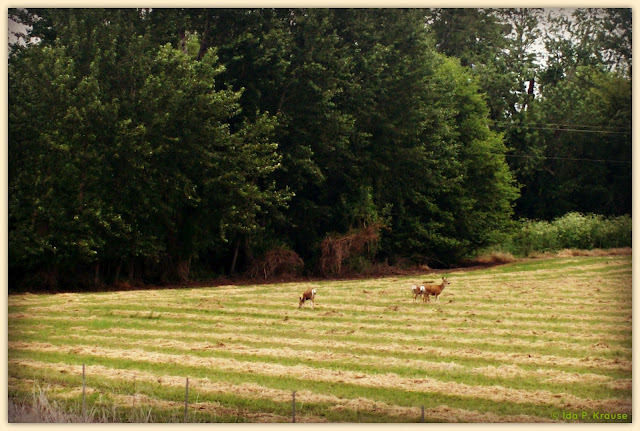 At this point they were pretty much oblivious to the fact that I was there taking pictures. 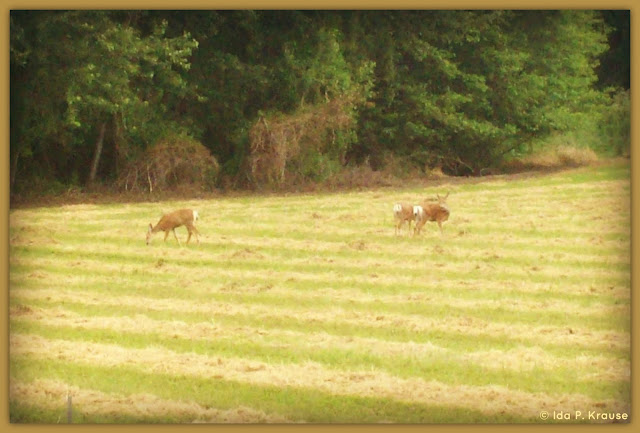 There were actually 4 Doe's in the shot but the one was hidden among the trees. If you look closely in this photo you will be able to make out the faint outline of the 4th deer. She's right behind the 2 deer in the right of this shot nestled back in the trees right next to that brown bunch of branches. 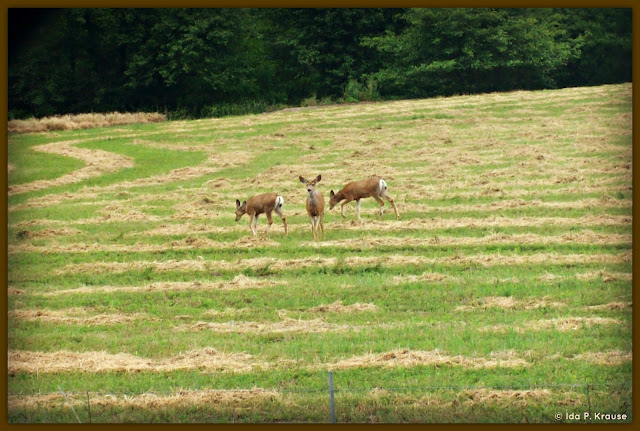 I've moved a little closer now and one has spotted me with the camera. 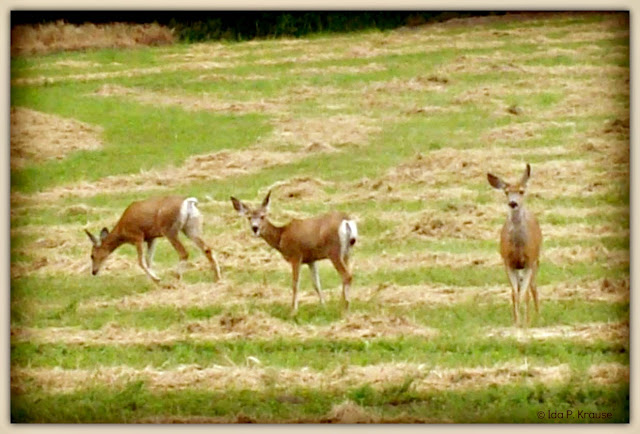 Now another one is aware of me and keeping a close watch on what I'm doing. 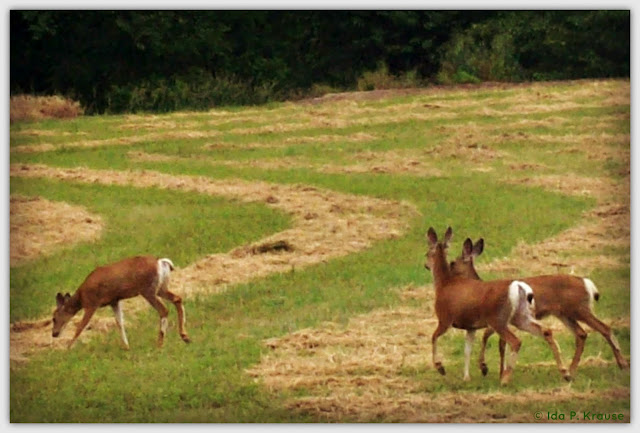 They seem to have had enough of my Photo Shoot and start to head towards the grove of trees. 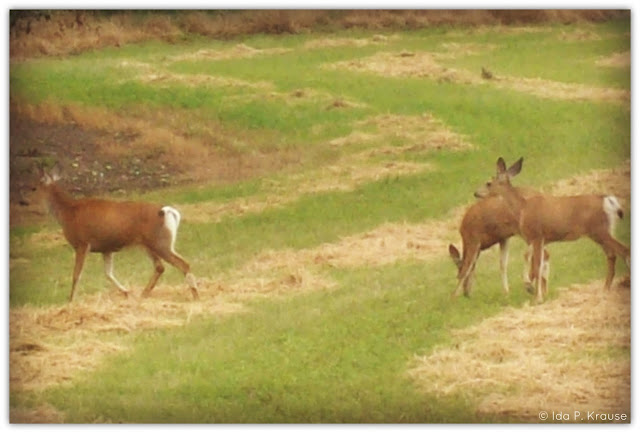 One last bite before they disappeared back into the trees.