It's time for another Edit Me Challenge 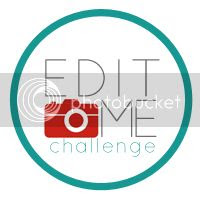 This week the photo for the challenge is being provided by, Kim from Mom Tried It and a great prize is being offered by Ginger from Literally Inspired.

Here is the photo that we were given to edit: 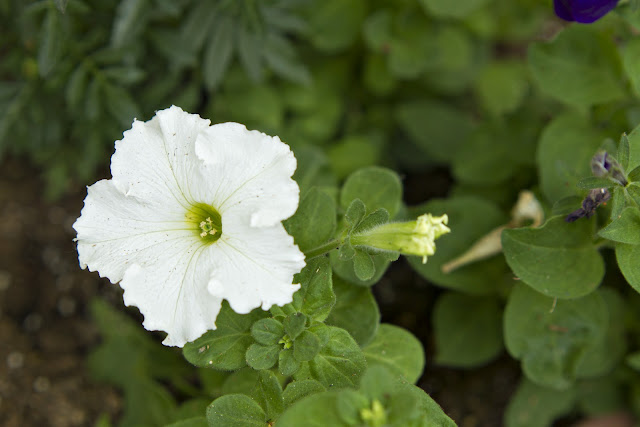 Below is my Edited Version:

Here are the basics of what I did to edit the photo.  I opened the Photo on Pic Monkey and first used the Touch-Up feature to edit out the dirt specks on the Petunia.  Then I used the Clone Tool to add extra Petunia's. I also used the Touch-Up tool to change the color on the dead blossom.  Then I softened  the photo and used the Tranquil Effect.  After that I added a texture.  On Pic Monkey you can upload your own textures.  I chose Kim Klassen's Sunday texture on Hardlight at 50% (I think that is the amount I used but I didn't write down the exact percentage).  I erased the texture off the main flowers and bloom.
Then I saved the photo and went to Pixlr-O-Matic and added the Frame before saving.
You can Click on the Photo's to Enlarge if you want a larger view. 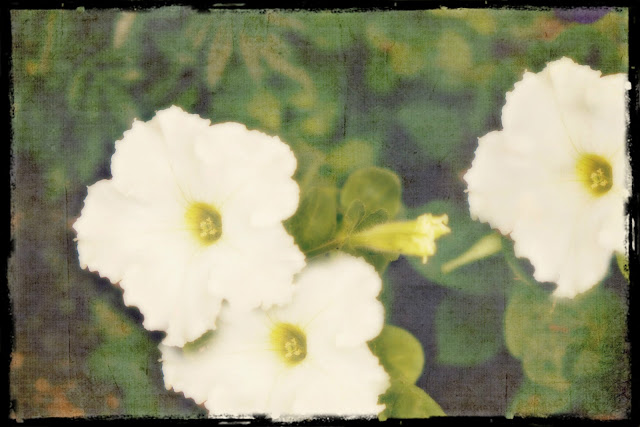 I hope you like the changes that I made. - Please visit the Edit Me Challenge blog to see what others have done with this photo.   Have a great day.
Posted by Ida at 7:30 PM