Hello, I hope you have all had a great week.  The 1st week of School is official in the books now and so far Coleen is enjoying the start of 2nd grade.

Now it's time to join me on a little "hunt." -  A Scavenger Hunt to be exact.

Ashley, Ramblings and Photo's host this fun event every Sunday.  Participants are given 5 Prompts to find during the week and photograph them post on their blogs and post a link back on Ashley's blog.  It's loads of fun and can sometimes be challenging which is 1/2 the fun.

This weeks prompts were:  Monochromatic, Starts with the Letter...., Upside Down,
Hair and Soft. Some pears I bought at a local farmers market.  They weren't quite ripe when I bought them so they sat in a bowl near the kitchen window for most of a week until they were riped enough to eat and oh they were Yummy! 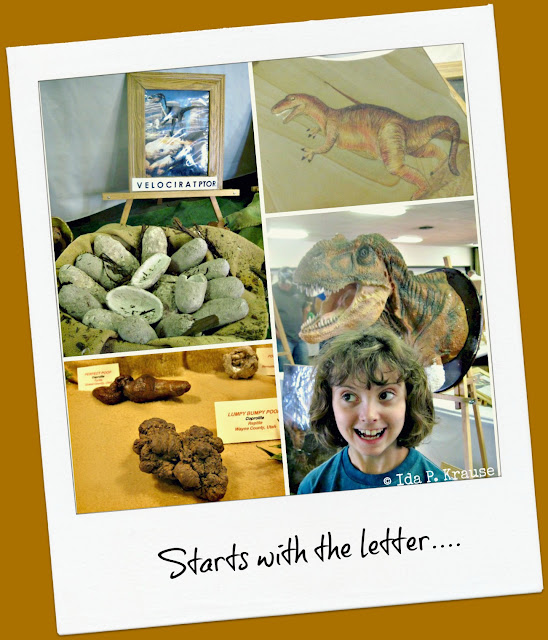 Starts with the letter....
"D" for Dinosaur!

Coleen is really into Dinosaurs right now and when we found out the the Gem and Mineral show had a display with real fossilized Dinosaur Eggs I knew we just had to go and check it out.
The photos in the collage are: Velociraptor Eggs, A Dinosaur Painting on some rock, Dinosaur Poop, Seriously, I kid you not!  Lastly Coleen in front of a T-Rex Model head.  She had a blast. 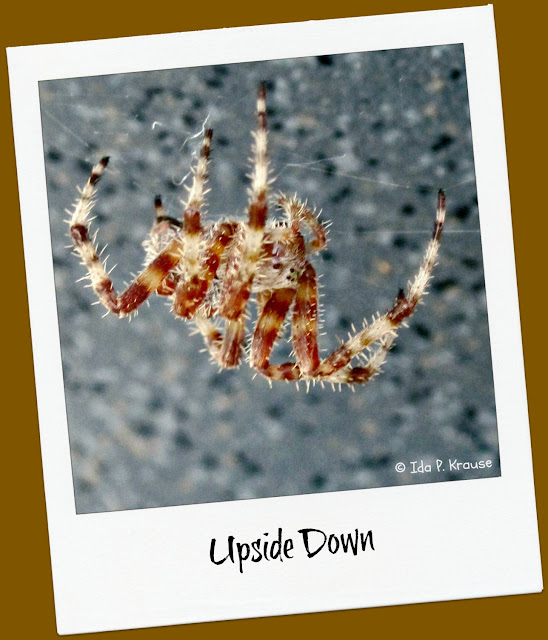 We discovered this spider in my rose bed one night and captured it to take photos (which have yet to appear on my blog).
We moved her to another plant in the front of our house and then she climbed up to the top of the house where she spun a web and stayed for over a week.  Last night she moved all the way around our house to the Recycle Bin where this picture was taken this morning.  We've since moved her back to the front of the house and she's now spinning a web on our living room window.  In case you are wondering this Spider is known by the name,  "Cat-faced Orb Weaver." - You'll be seeing more photo's of her in the coming weeks.  She's very fascinating to watch. Hey it's hair, albeit "Synthetic" hair but hair none the less. This is the same doll featured in the Alligator attack from last weeks Scavenger Hunt!

Couldn't decide which shot I liked better for the last prompt so you get both! 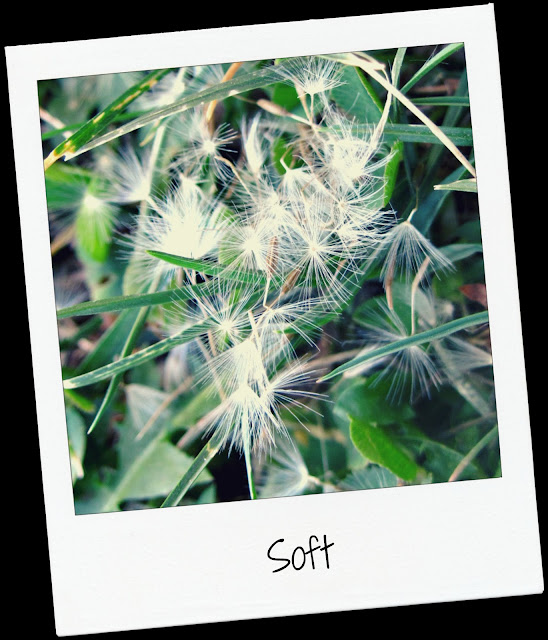 Some Dandelion Seeds I happened to spot in the grass while sitting outside this morning.  They are soft enough that even the gentlest breeze will cause them to float away. 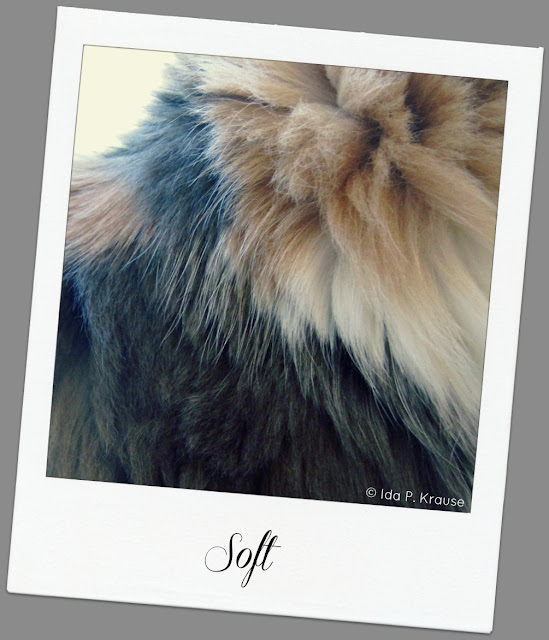 Our cat, Snickers fur is super soft.  It's like touching Velvet.

That's it for this week.  I hope you've enjoyed being on the hunt with me and don't forget to pop over to Ashley's blog and browse through the other participants entries.