Bowling Scores from yesterday.  I'm actually excited about listing most of them this week.  First game,  137 (not so great but not bad)  Next two games  199 and 198!!!
Smoked the lanes those two games but couldn't break over to a 200 game.  I'll keep on trying.

Welcome! - Last week I wanted to go out and get some pictures of a few things that I had seen while driving around town but didn't have my camera with me at the time. - Yes I know I should always carry it with me but sometimes I forget.    Coleen was going along with me for the ride and just before we got in the car she spotted a bug on the side of the house and ask me what it was.  Here is our first view of the bug, 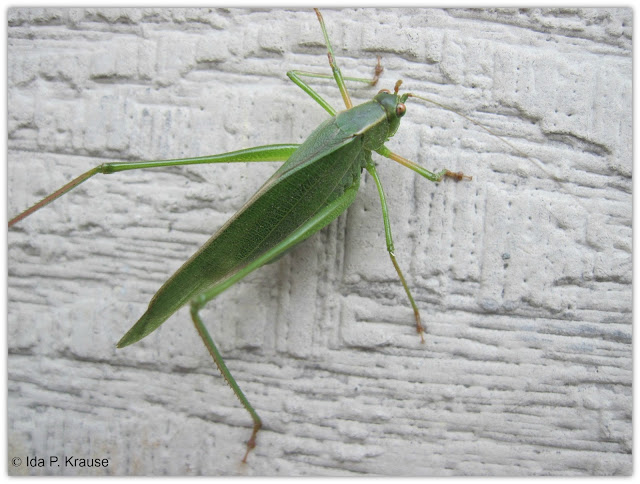 It's a Katydid.  - They look similar to a grasshopper but they are a totally different insect.  After several shots on the house we decided to move the bug to a different location so it could find something to eat.  That proved to be a bit more tricky then we had anticipated.  I tried to use a piece of paper  to entice the bug onto but it had other ideas and instead flew onto the car.


I like this shot of Coleen watching the Katydid as it made it's way up the car. 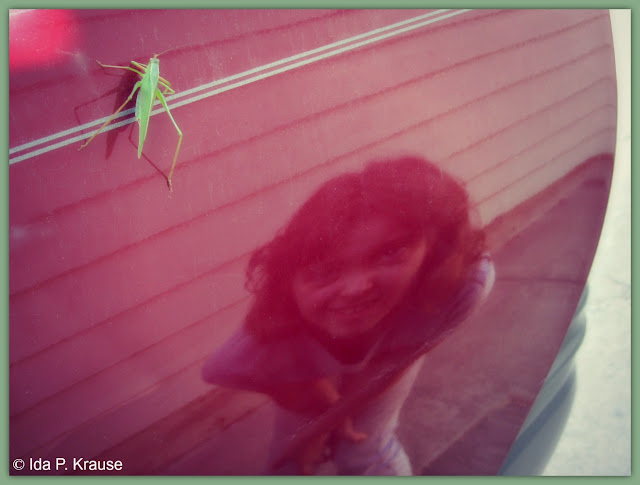 This next shot shows the "wonderment" of a child so perfectly.  The Katydid is rather blurry but the joy on Coleen's face is not. 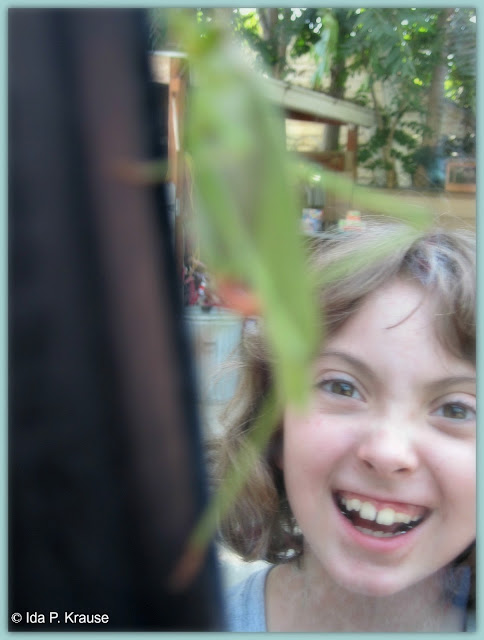 At this point our Katydid was on the side mirror of the car. 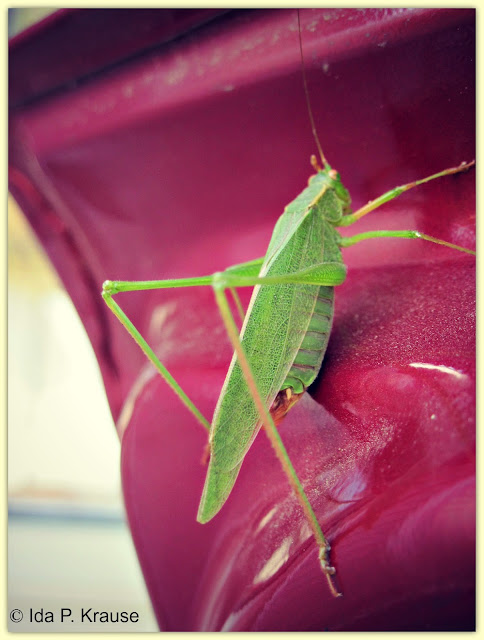 Trying once again to move this bug it flew and landed in the driveway. 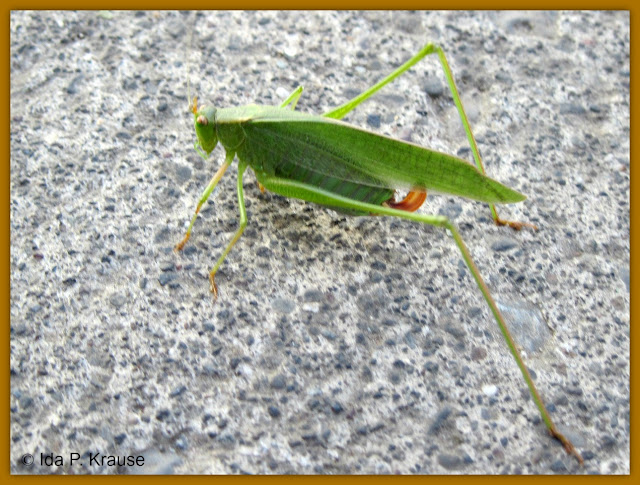 Coleen didn't want me to run over it when we left so we made one last attempt to move the Katydid...Once again it flew and this time to a much safer spot.


Can you see me now? 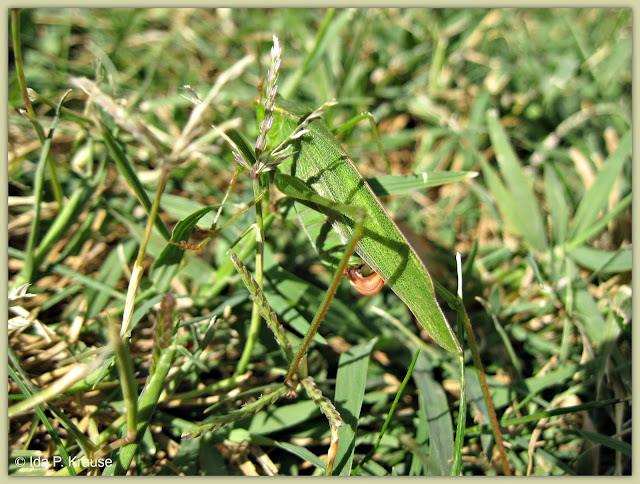 We went on our way and I'm sure the Katydid did the same!
Posted by Ida at 9:01 AM