Hello & Welcome.  It's time to join in on the fun of Songography and Scavenger Hunt Sunday.

First up is,  Song-ography brought to by Kathy from You'll Shoot Your Eye Out.  This weeks song is:  If I Had a Million Dollars by The Bare Naked Ladies.  -  I must confess to never hearing this song until I listened to it off Kathy's blog.  I'm just not up on current musical groups I guess.

The song is about what you would do if you had a million dollars.  Oh the possibilities...I'd love to say that I'd donate it to a worthy charity or something noble but if I was honest I'd have to say that I'd probably spend it on things like a new house, a new car, do some traveling, help out my family etc...or perhaps I'd buy one of these and ride around town like a big shot. - Not really but doesn't it look cool. 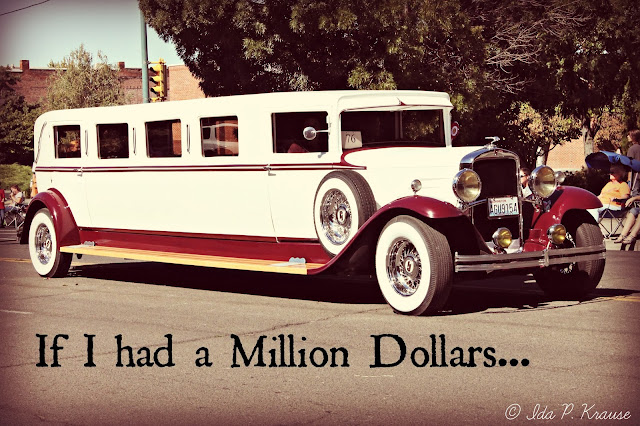 Now let's move on to Scavenger Hunt Sunday brought to you by Ashley from Ramblings and Photo's.

This weeks prompts:  Down, Shadow, Flow, Tip and Beyond.

All prompts this week were taken at the local Fair or Fair Parade.
CLICK TO ENLARGE - The detail is so much better on this next shot if you do.

DOWN:  I love this shot.  Just look at the expressions on the faces. 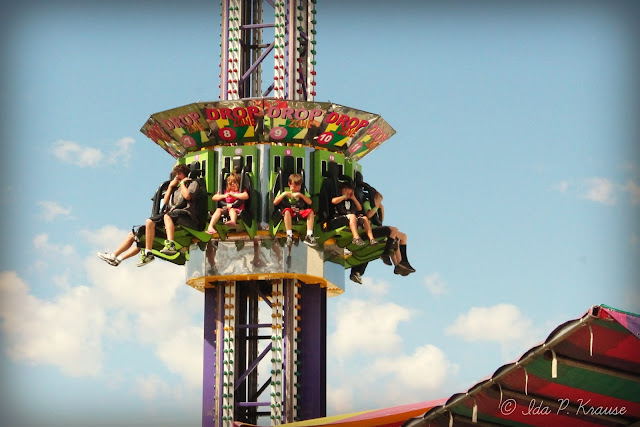 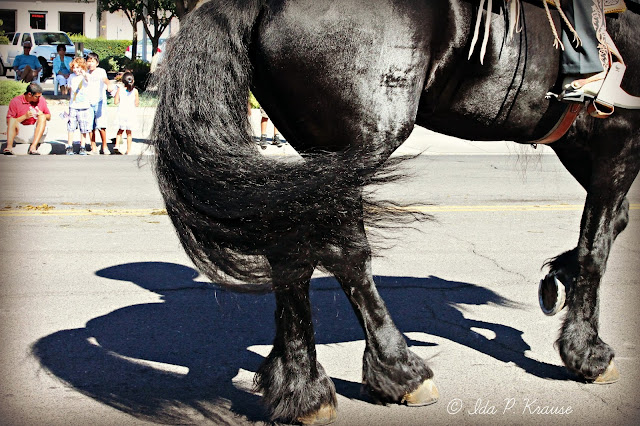 This horse was doing some dance moves during the parade and I caught this shadow shot of rider and horse. 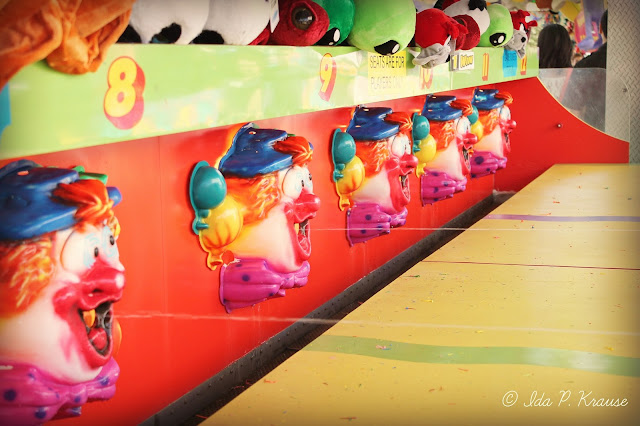 Coleen and my niece were blowing up balloons here in a race to see who could pop their balloon first.  I caught the flow of their water guns in this shot.  I'm happy to say that Coleen won and got to choose another stuffed animal for her growing collection.  She was pleased as punch. 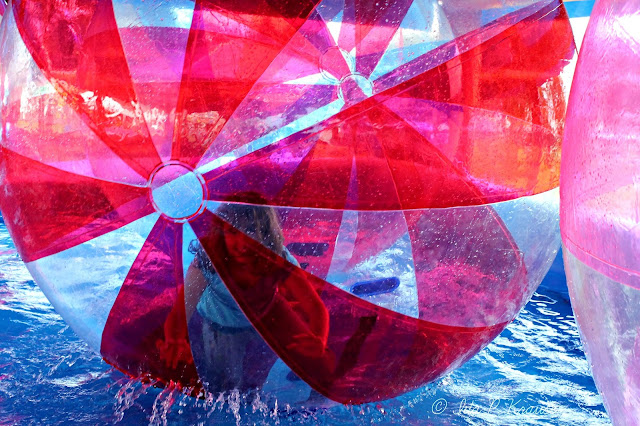 Coleen trying unsuccessfully to not tip over in this big inflatable ball.  She had a blast in rolling around inside that ball.  Well worth the $8 I paid to let her do it.

BEYOND:  Just one of the views from beyond the top of the Ferris Wheel. 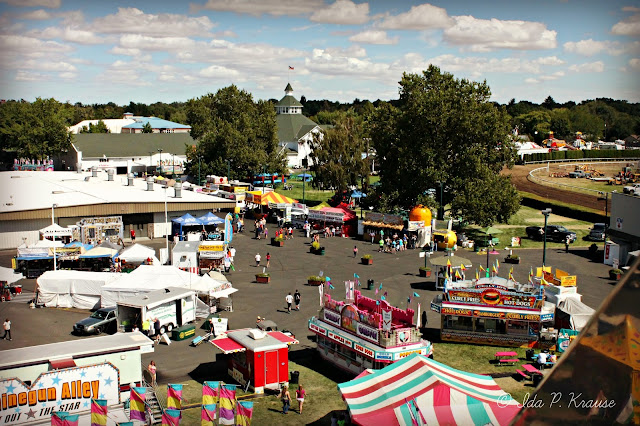 That's it for this week.  Don't forget to stop by Kathy & Ashley's blogs to check out the other participants.  Have a great week.
Posted by Ida at 10:13 PM