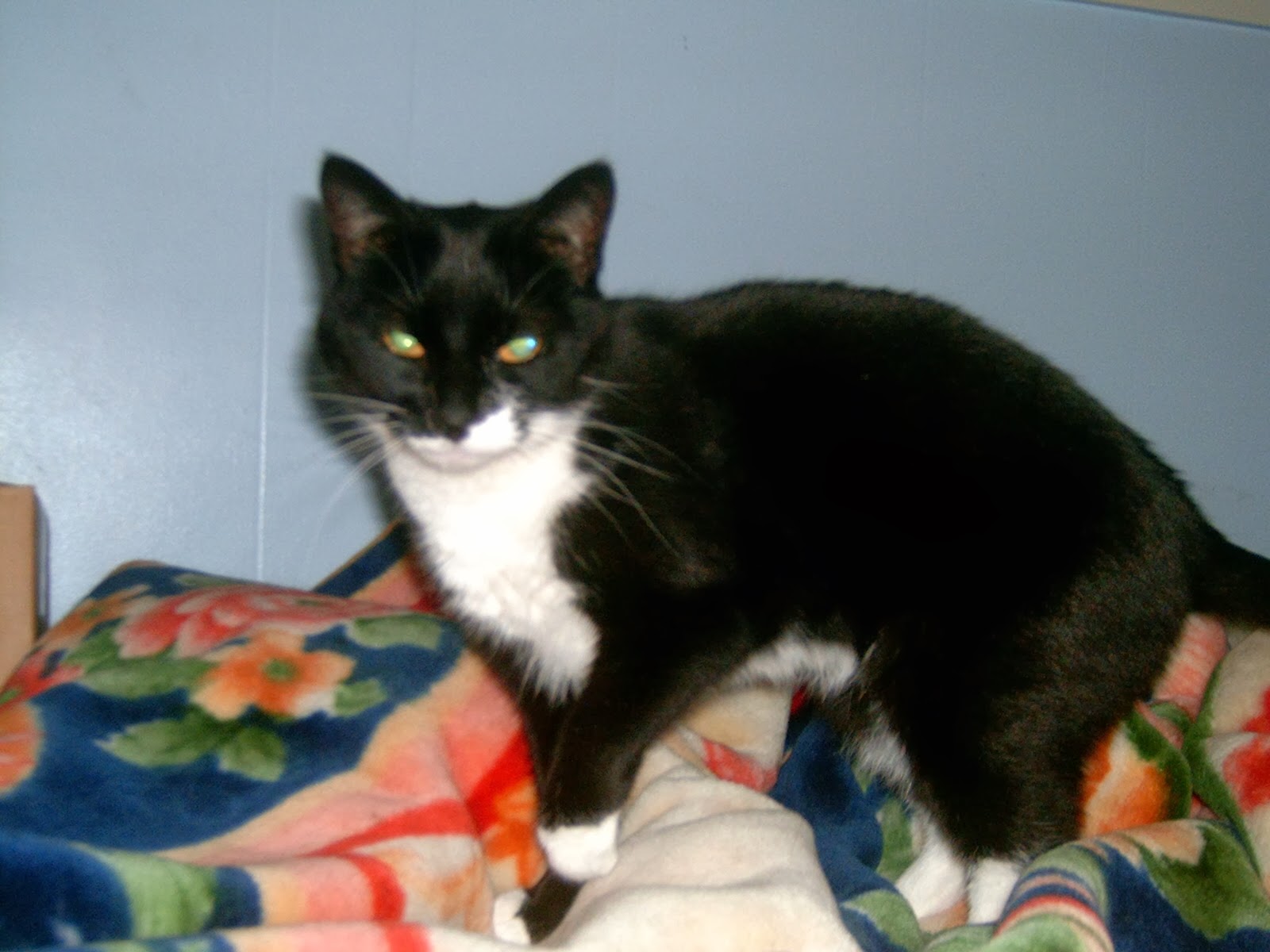 Yesterday we had to say good-bye to our sweet Miss Blackie.  This little kitty was one of the sweetest cats.  She came to live with us when she was about 4 years old.  She'd belonged to some people who didn't care for her properly and at times she was abused by them as well.  When they were evicted from their home they couldn't take her so we took her in.

She was a very "shy" cat and at first an outdoor cat but we quickly realized that she was afraid of any loud noises outside so we brought her inside.  Of course she was scared to death of all our other cats so she ended up staying in a room all her own and only come out when the other cats were put in the bedroom for the night. 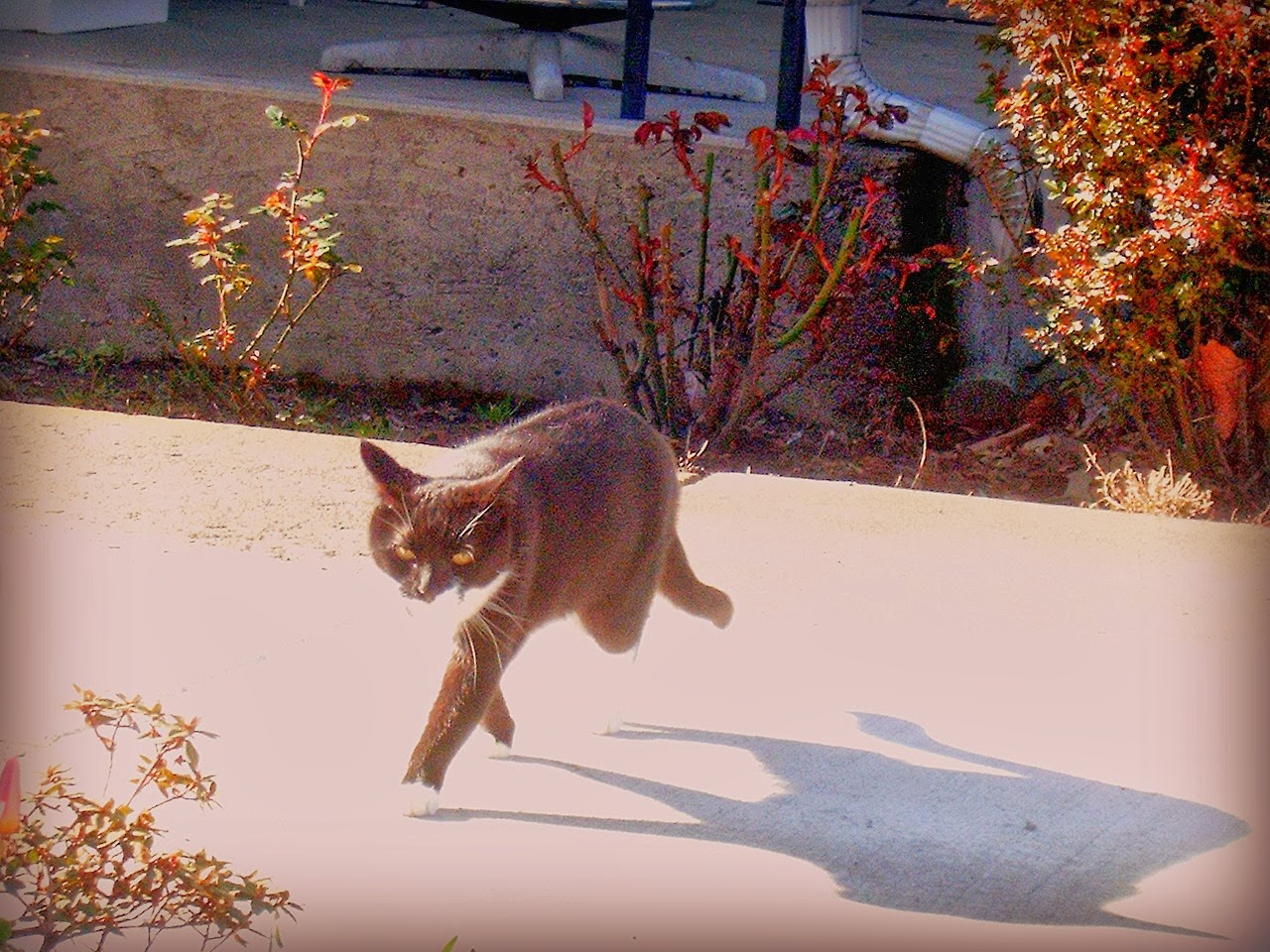 A rare photo of her outside.

She had a "bathroom issue" due to poor nutrition her first few years that made it difficult for her to be out much in the house. She was a tiny little cat barely weighing 5 lbs. for most of her life.  She loved attention and enjoyed play boxing with us whenever we spent time with her.  She loved to purr and had the softest little meow.

One year at Christmas we put Reindeer Antlers on all the cats and thought that she would hate it but she was actually the one who was the least upset about wearing them. 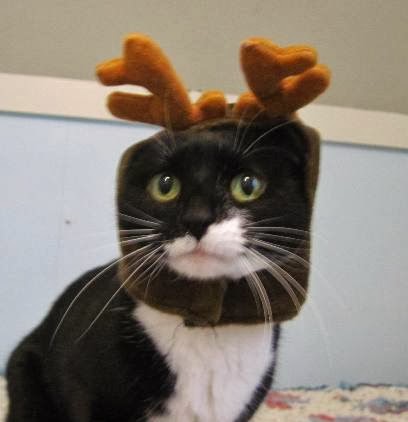 After Greta and Coleen moved in with us we had to move her from the upstairs bedroom to our basement where she spent the last 2-3 years of her life.  If you went down to exercise she liked to hop up on you while you were on the machine. 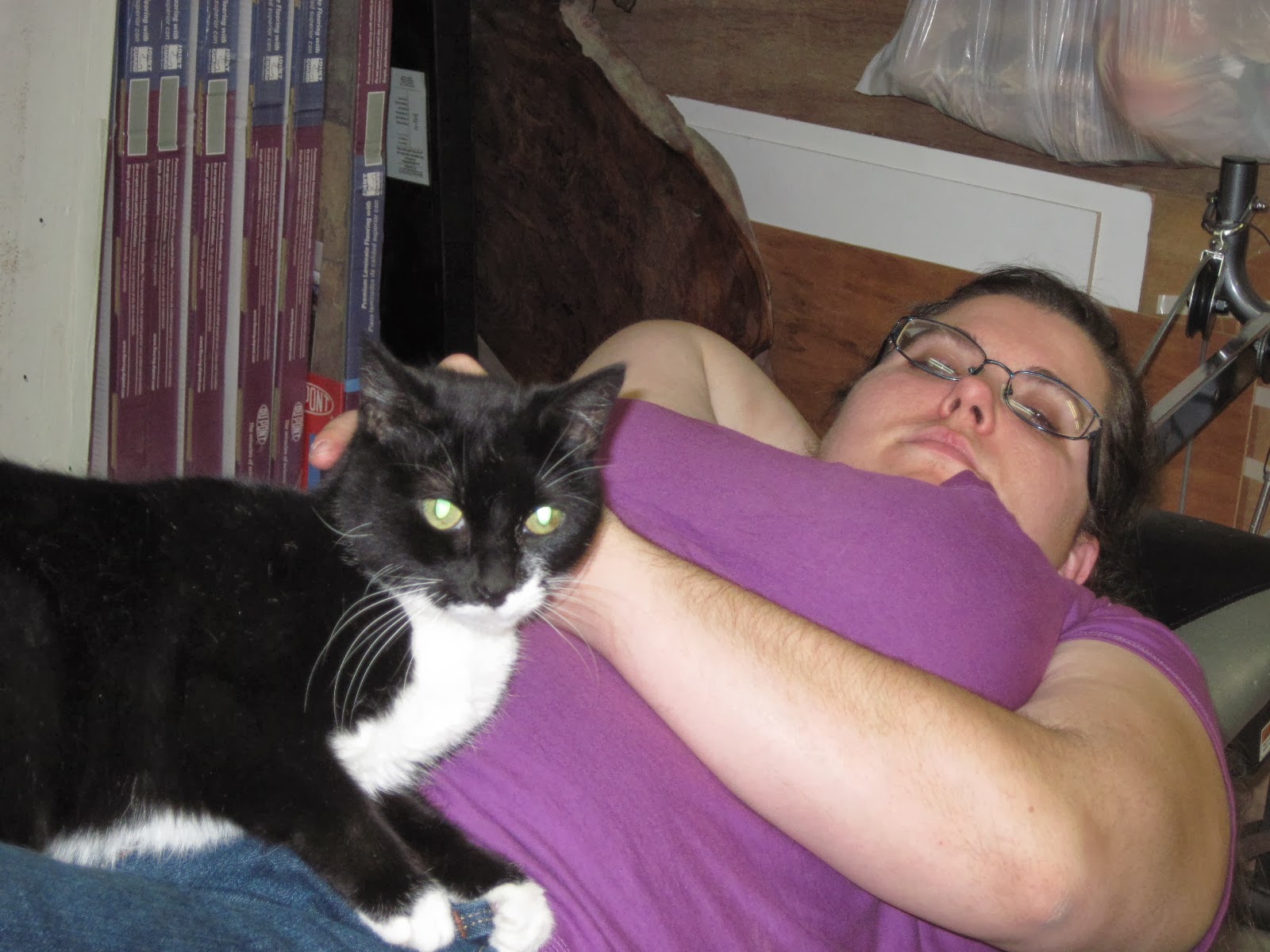 Here she is with Greta.

She loved laying on blankets or hiding underneath the bed or in a corner if she was frightened that's where she went. You never raised your voice around her or made sudden movements because she was still "gun shy" from being hit by her previous owners.  Yet she was a loving and gentle soul. 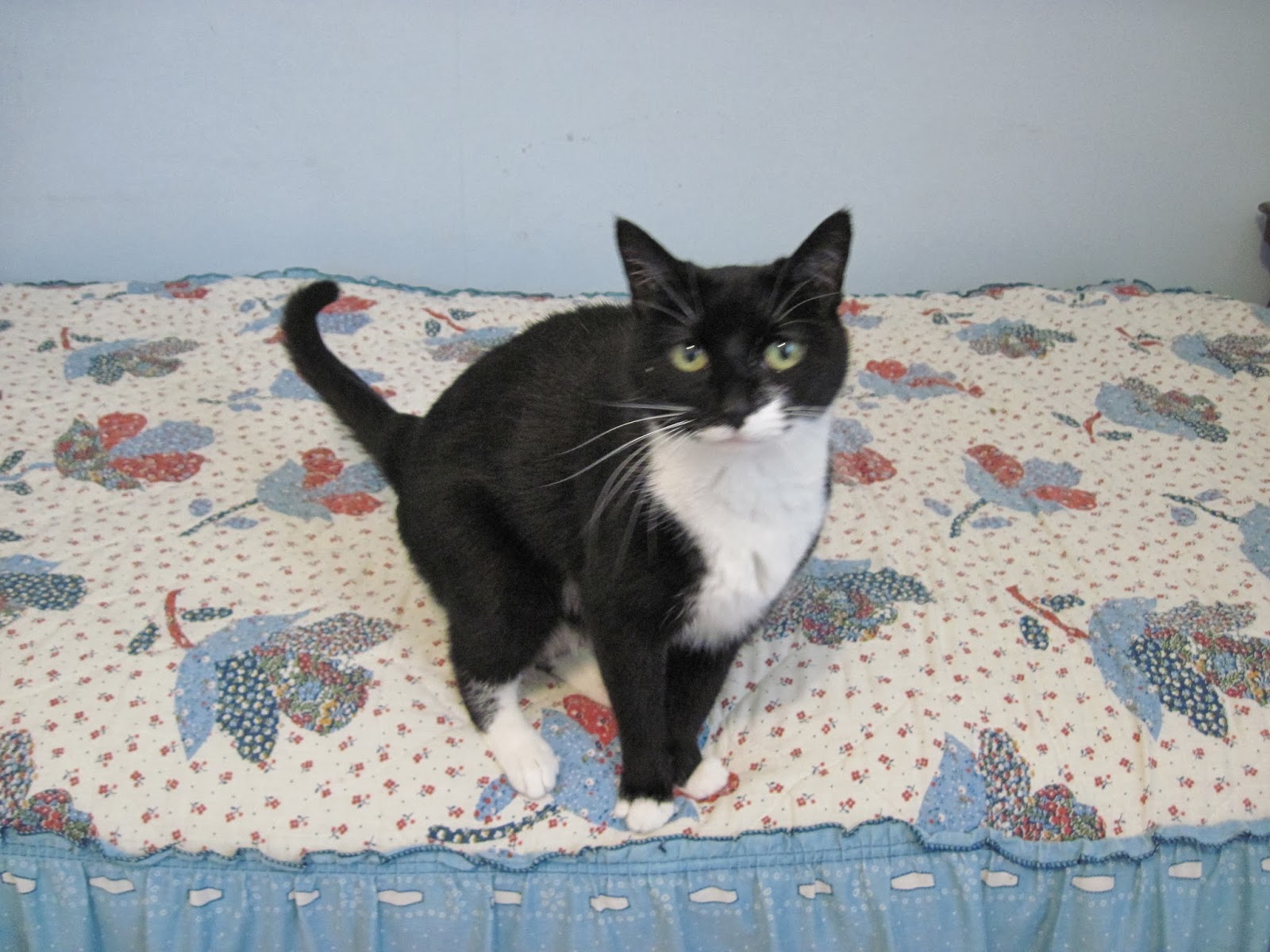 She slowly stopped trying to eat over the last week or so and I begin to notice that she seemed a bit disoriented at times.  Finally she wasn't eating at all or even drinking water.  We took her in yesterday to the Vet and they felt that her kidney's or liver were failing her.  She was very dehydrated and I knew it was time to let her go even though my heart was telling me that we should try to save her.  The Vet felt it was the best thing we could do for her and while I know it was it still hurt so much to put her down.

I couldn't stay with her so I said my good-bye's and thankfully Greta was there to hold her and talk to her until she was gone.  We buried her last night with her favorite robe that she loved laying on and some kitty treats she loved along with some string that Coleen would play with her with.

She will be missed. 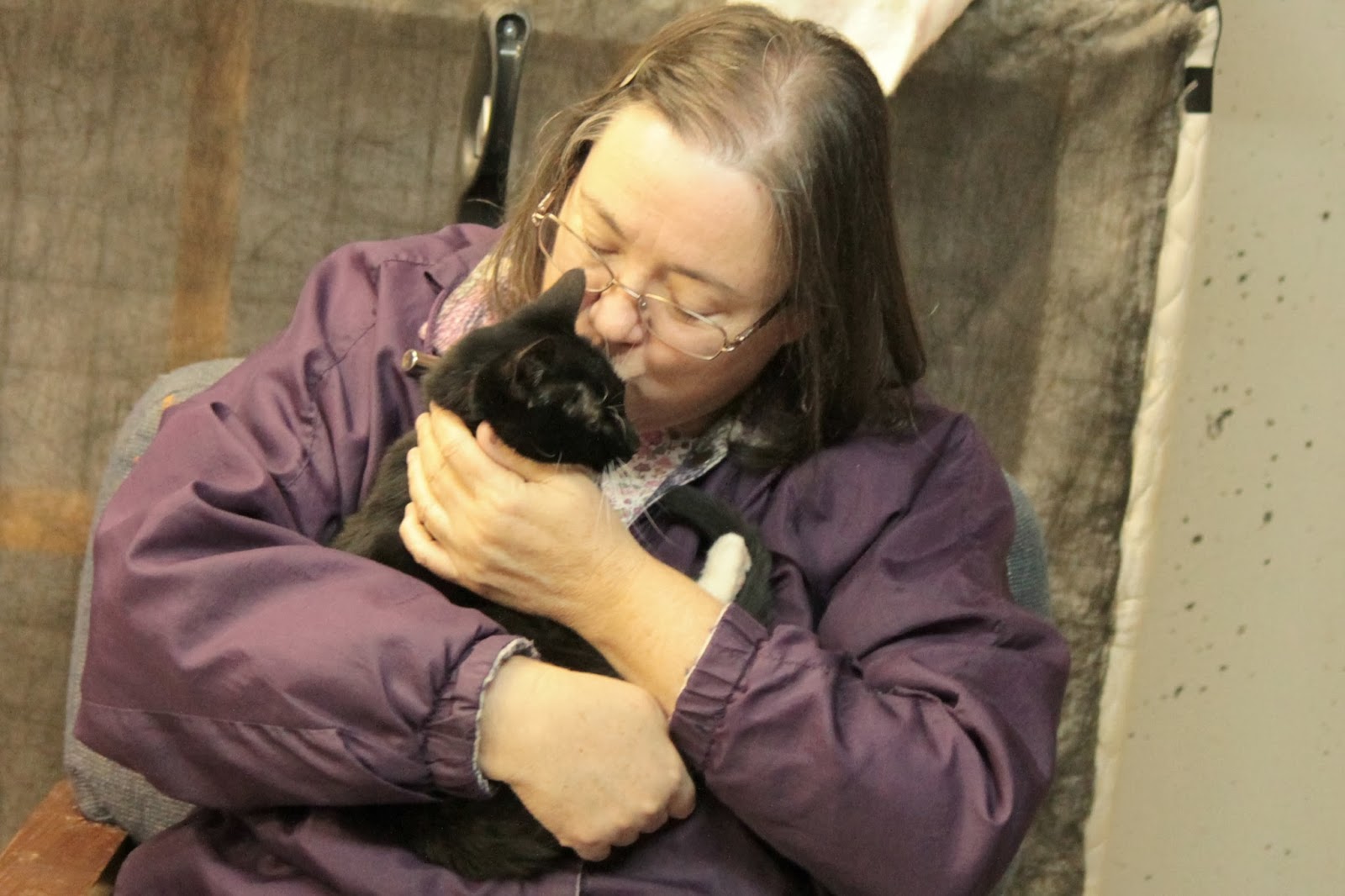 The last photo of her taken just before we took her to the Vet yesterday.

Rest in Peace sweet Blackie.  I know you are pain free now.
Posted by Ida at 1:07 PM