Whatever Wednesday - It's back.

I use to do a post that I called, "Whatever Wednesday" where I would just post random photo's of whatever I wanted to.  I didn't do it all the time and then someone started a Meme with the same title so I stopped posting my stuff so as not to confuse people.  However this is my blog and I guess I can do "whatever" I want with it.  So today I'm posting some random photo's taken when Coleen & I visited Bennington Lake last week. 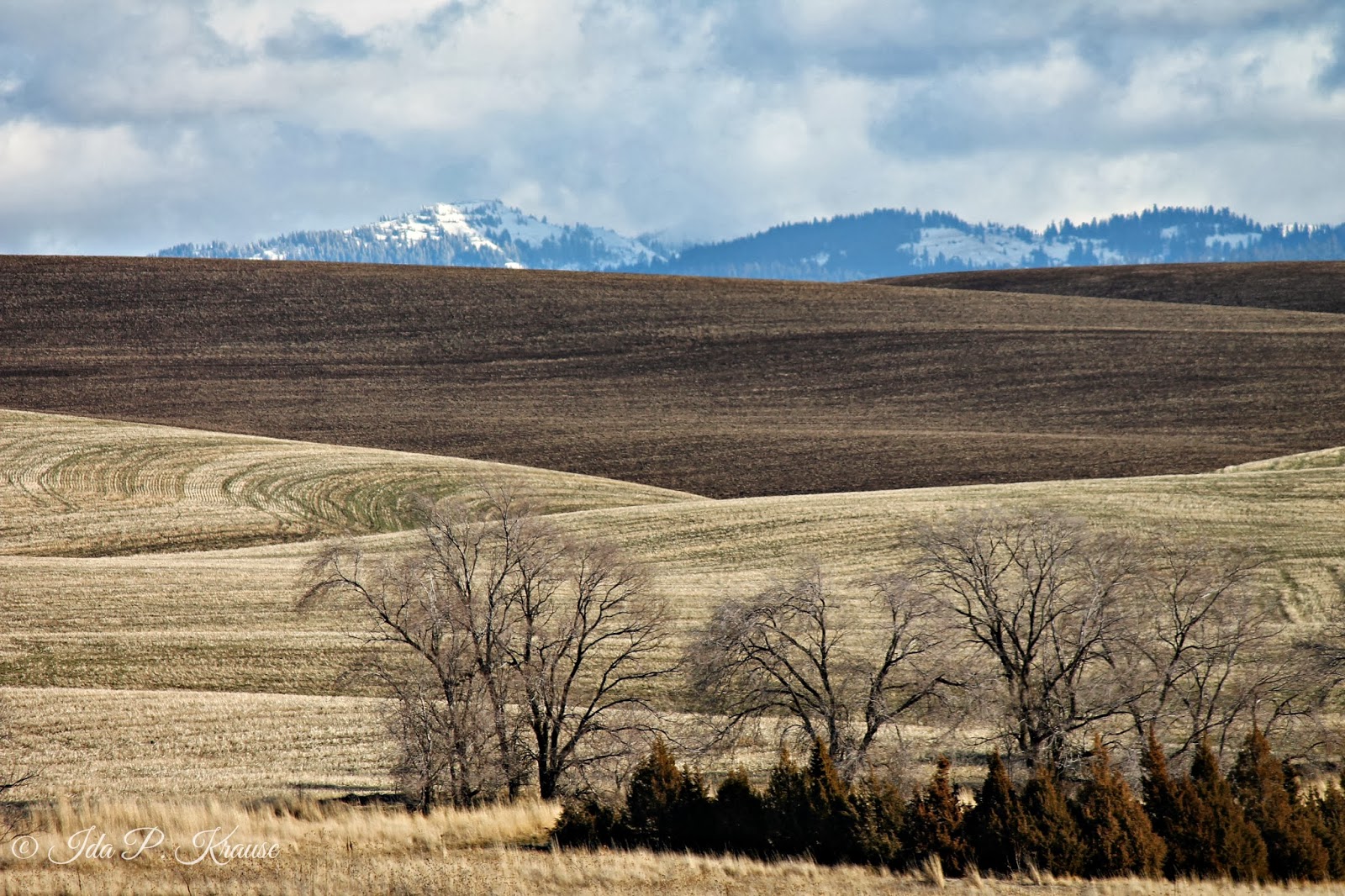 The view of the surrounding farm land and the Blue Mountains across the lake.  -  I was using the new zoom lens to see how close-up the mountains would look.  They really are quite far off even though they don't seem so in the photo. 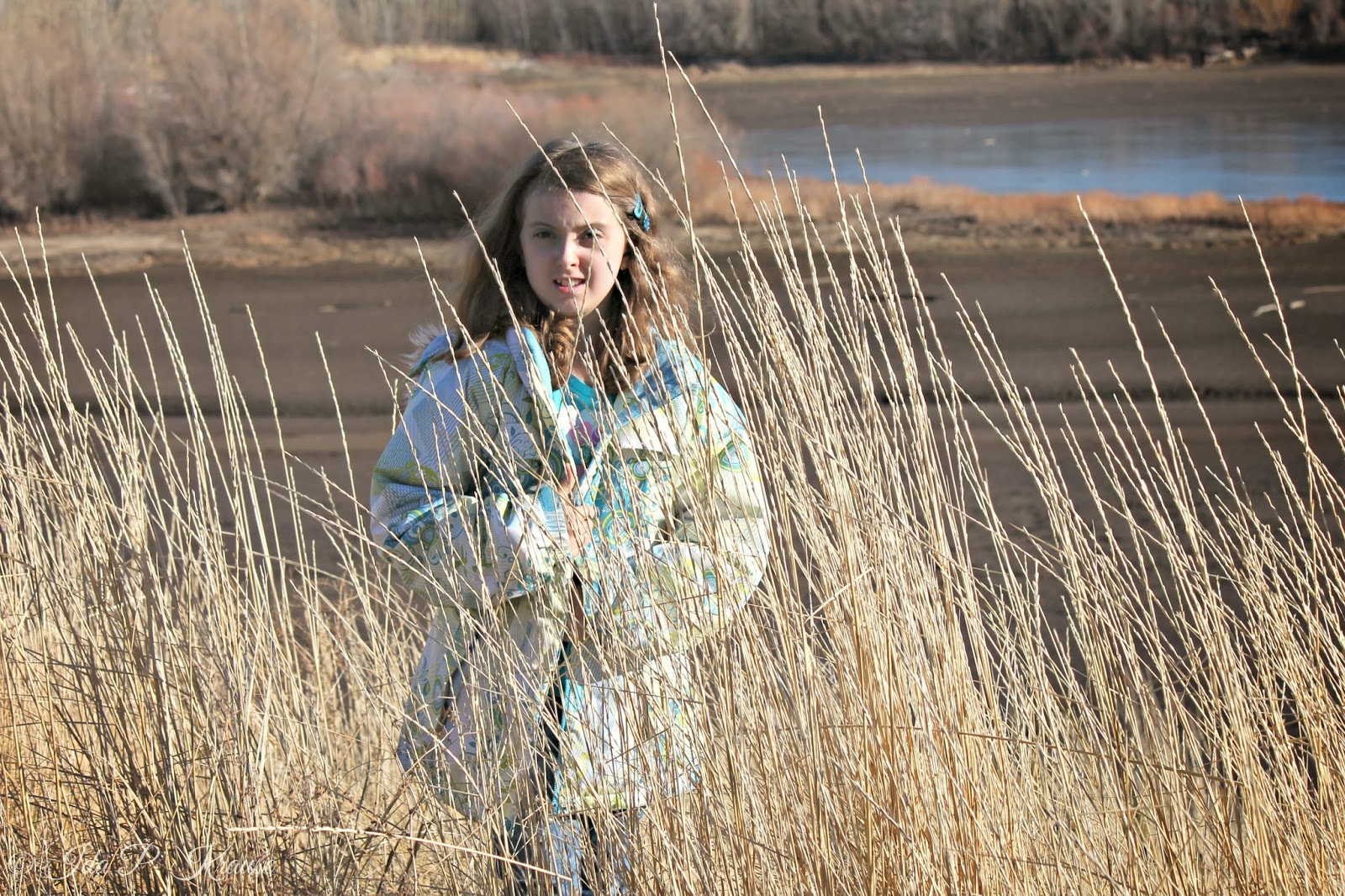 Coleen standing behind some of the native grasses in the area.  You can see that the water level of the lake is really down in this shot.  Normally all that dry ground is covered up by water in the spring. -  This is a man-made lake though and controlled as they drain portions of it during the winter months. 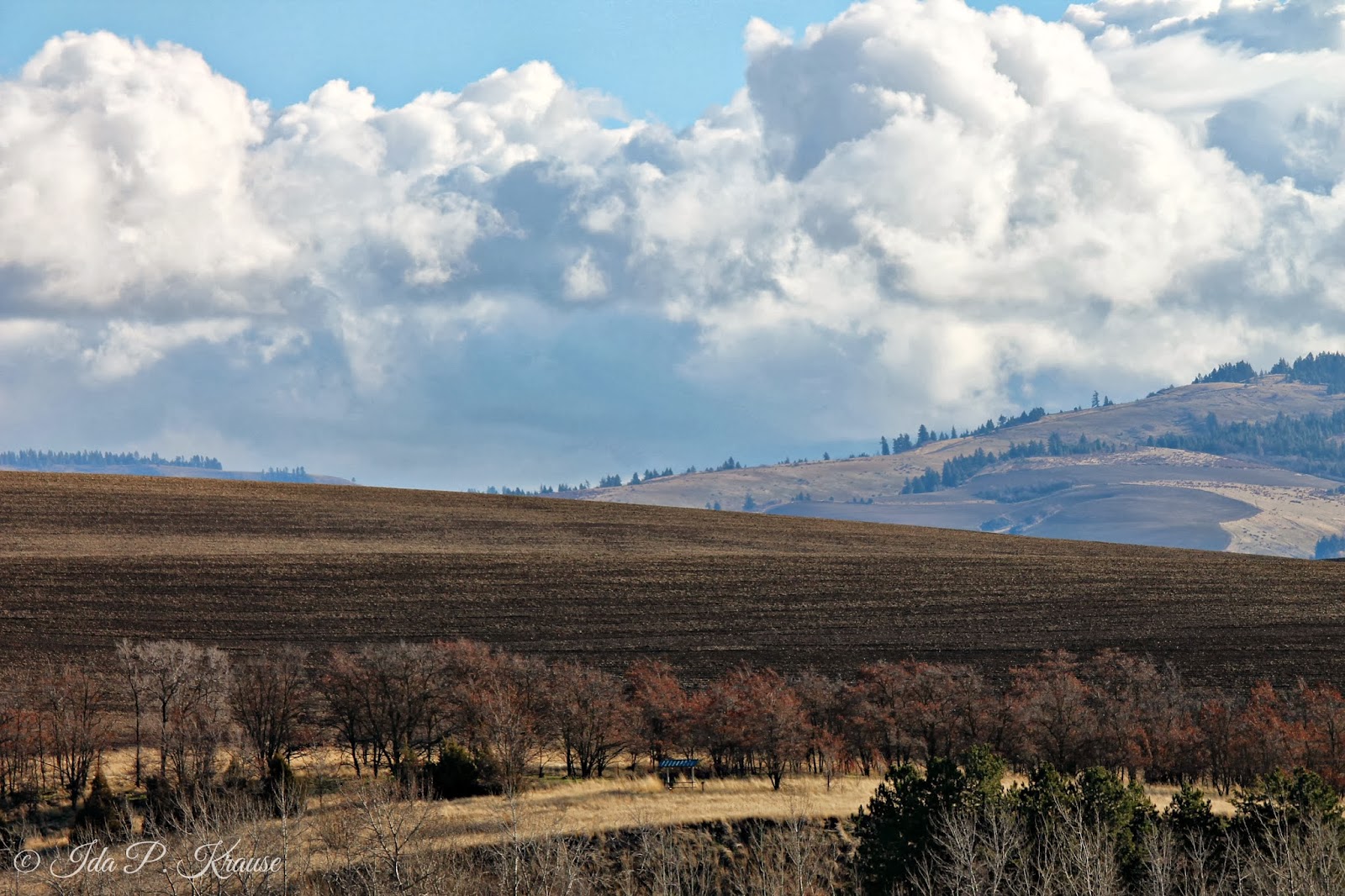 More of the foothills and farm land around the lake. 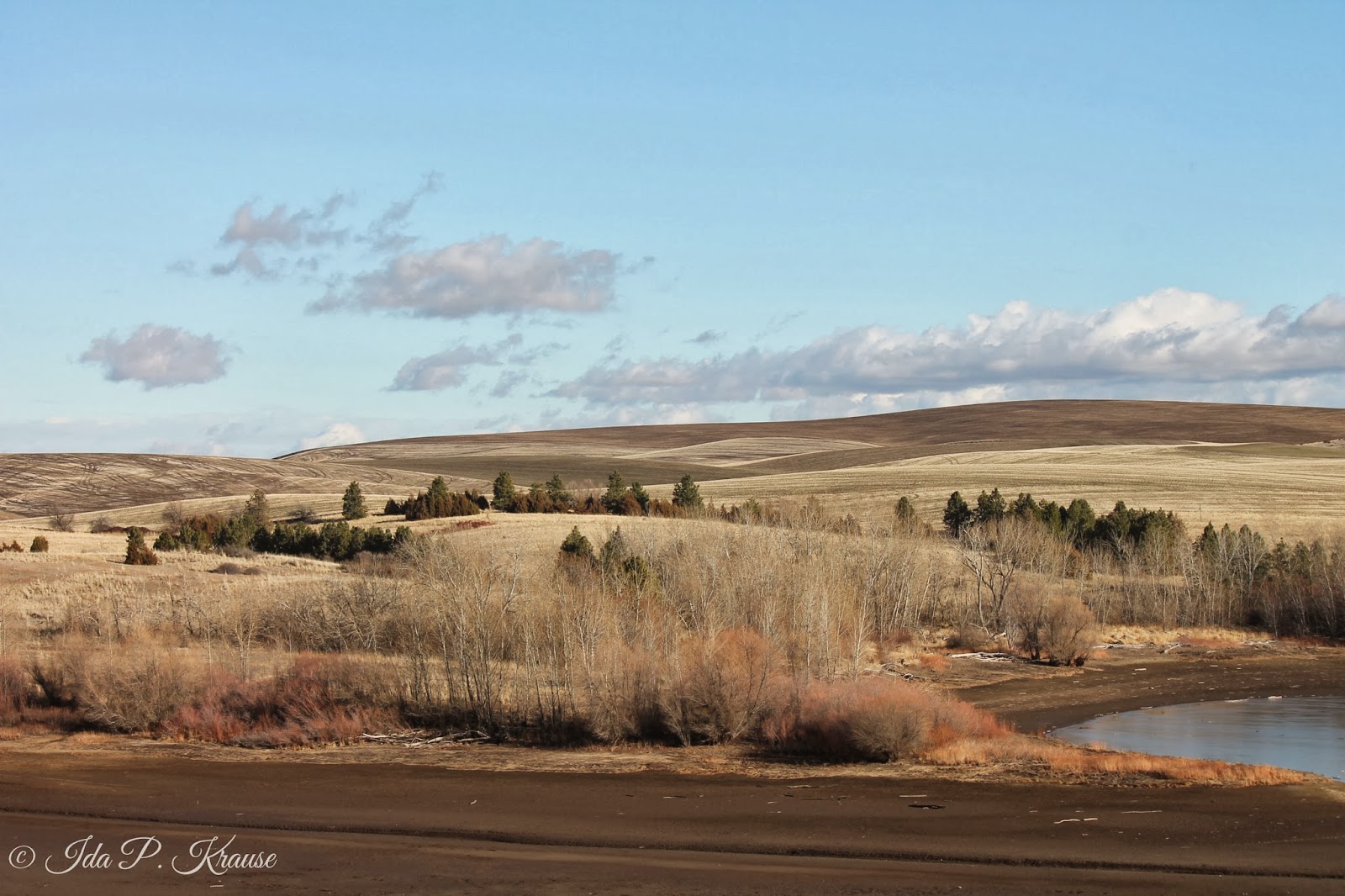 I love the orange colored bushes that surround parts of the lake. 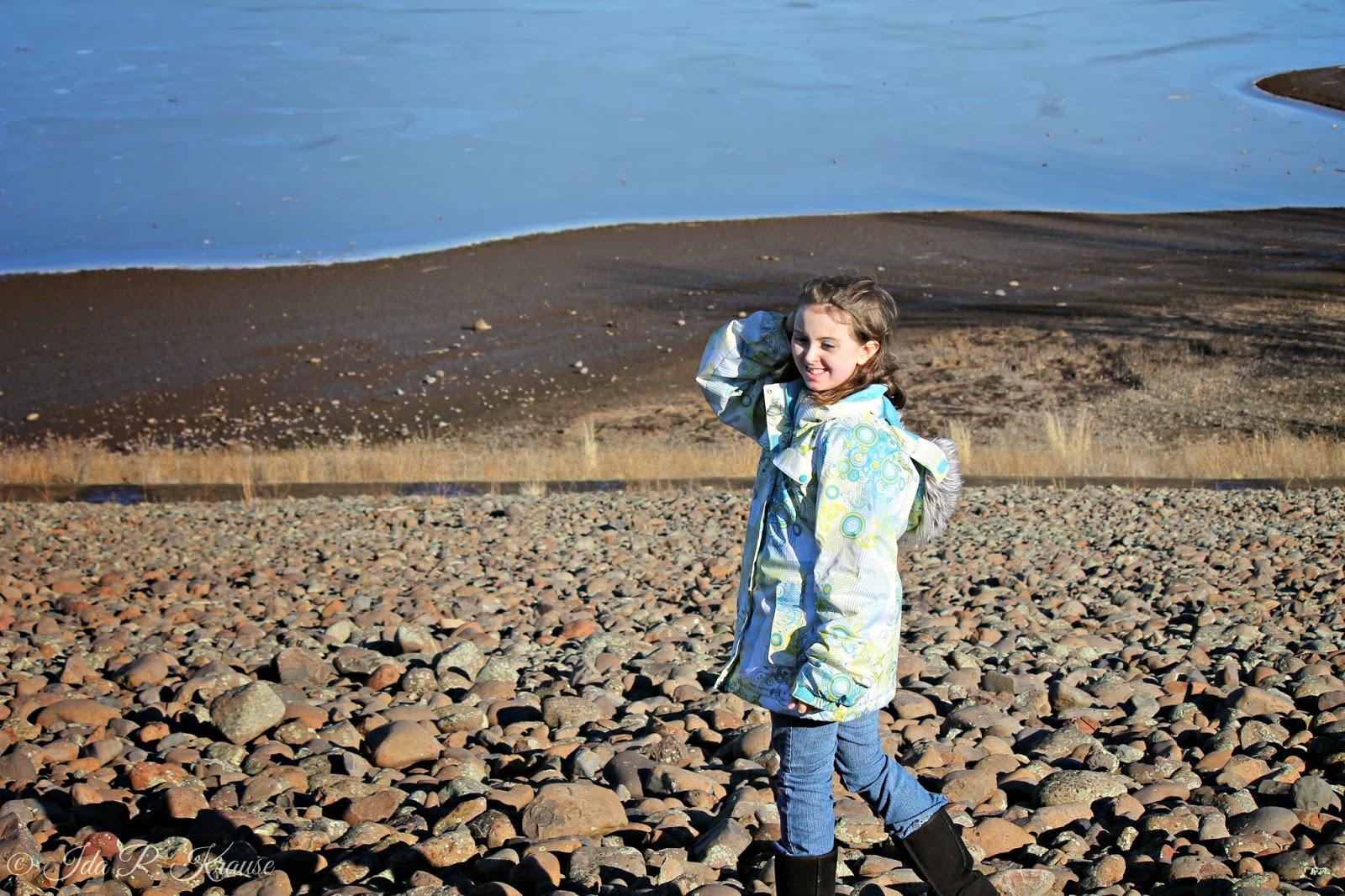 There is the large rock embankment above the lake with a trail that you can walk on.  Coleen is starting back down the embankment here towards the lake.  It's rather steep but she made it back down safely and so did I. 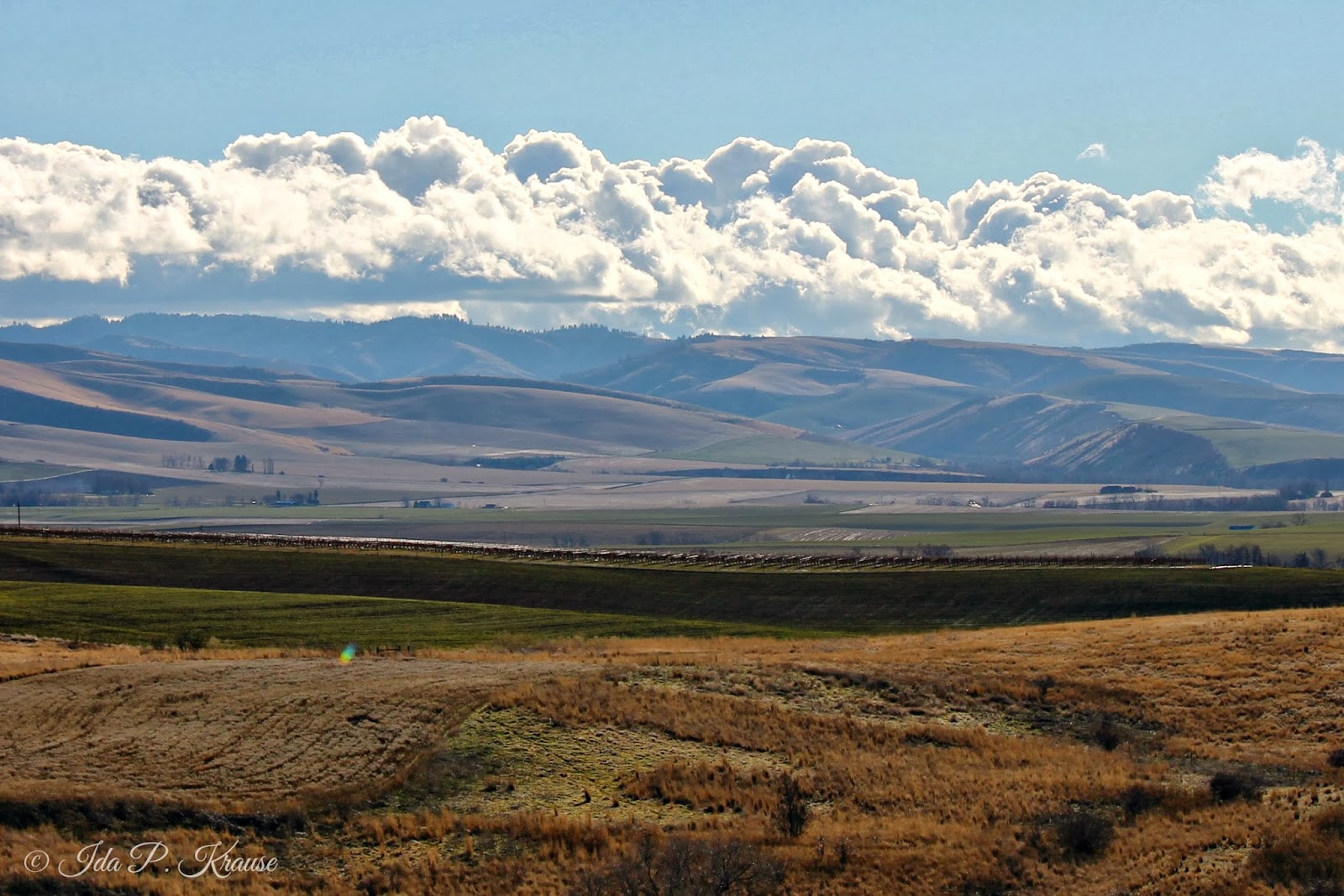 From up on top of the rock embankment I took this photo of the surrounding farm land.  You can see a Vineyard in the middle of the shot.  Also if you look closely there is a small little rainbow to the left of this photo.  I have no clue what caused this.  Any ideas? 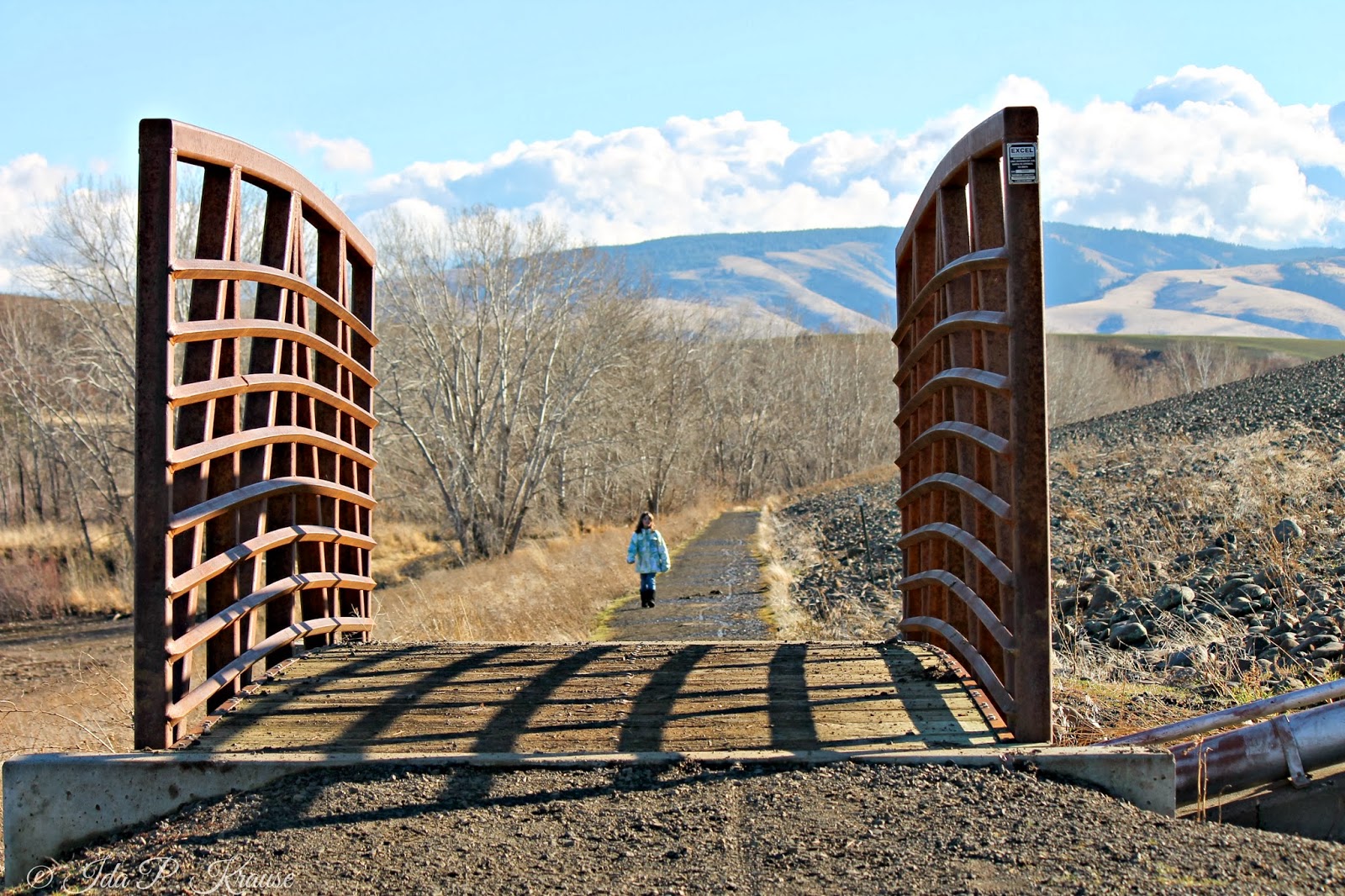 Lastly after coming back down to the trail below the rock embankment I snapped this shot of Coleen walking towards this fence crossing.