It's Friday and for Coleen the last day of school (Hallelujah!) - Yes I actually look forward to summer and having her home.  It's also time for some Willy-Nilly Friday Five (Hosted by Tanya from Around Roanoke) so let's get started with the fun.


1.  Coleen was playing with her Lego Friends the other night and I just had to snap a picture of her playing with them.  I was looking for stuff about Legos this morning and found several different websites but thought this one was pretty cool.  Check it out: HERE  What a good way to help the environment and have fun doing it. 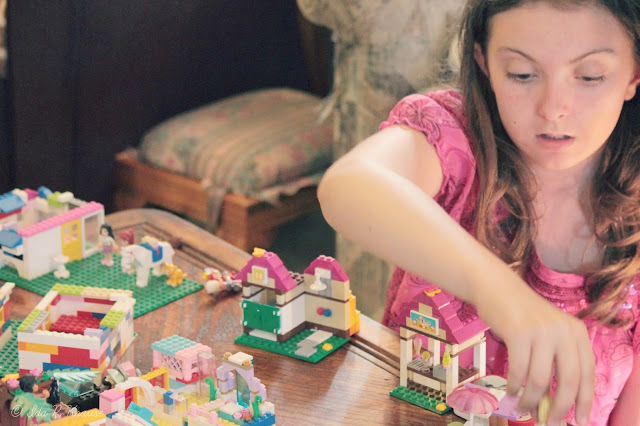 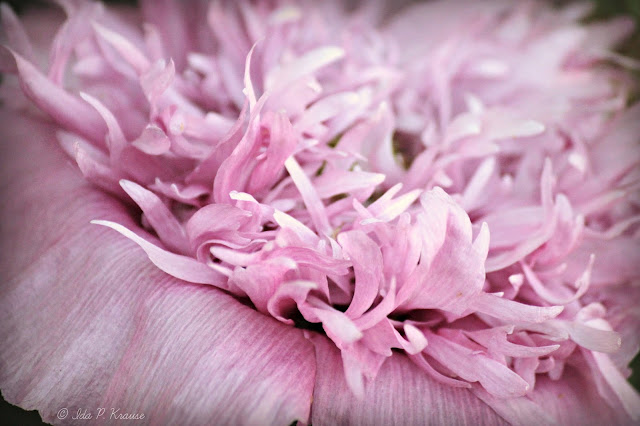 I love flowers of all kinds and have been super busy this summer trying to keep up with the care of my flowers and my mom's as she just isn't able to do that much gardening now.  This is one of the pretty poppies in her garden.  So once again I like to try and include something about my photos that is interesting and I found THIS ARTICLE about a poppy display at the tower of London from 2014 that is super cool.  I didn't know about it but now I'm glad I researched poppies because this was so interesting.
3. 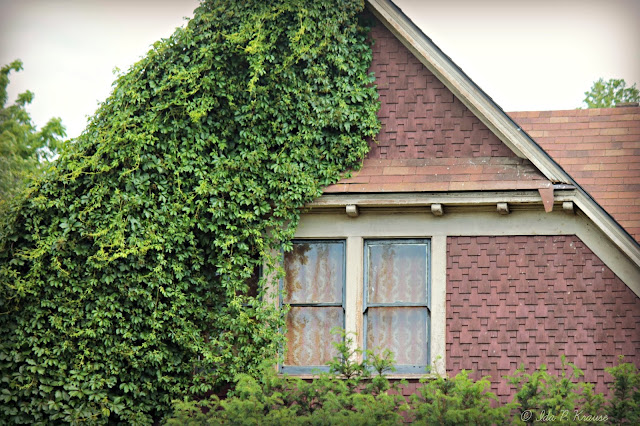 Sometimes as I'm walking around I spot things that just catch my eye.  This vine covered house was just such a thing.  I like the patterns of the house, the curtains and the way the vines seem to be taking over.  So what could I find that would be interesting about vines?  I looked up: Vine Covered Houses and found this LINK  -  I hope you check it out.
4.Speaking of vines.... 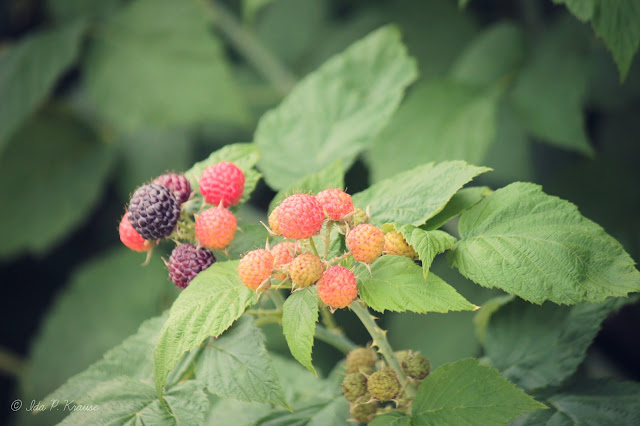 Coleen and I spotted these berry vines on growing in someone's yard on one of our walks.  She thought they were Blackberries but I told her they were actually raspberries and she wanted to know why they were turning black then.  Of course I had to look it up and discovered these are actually Black Raspberries (often called, Black Caps).  Here's a brief article about them that has some interesting facts.

5.  Speaking of berries....  I recently purchased a half-flat of Blackberries that we have been enjoying.  I wanted to do something different with them so check out Gina Kleinworth's blog, (Kleinworth & Co.) and found this awesome recipe for Blackberry White Chocolate Buckle and decided to give it a try.  Below is my photo of the dessert but Gina is way better at food photography then I am so do check out her photo's and the recipe.  It was scrumptious! 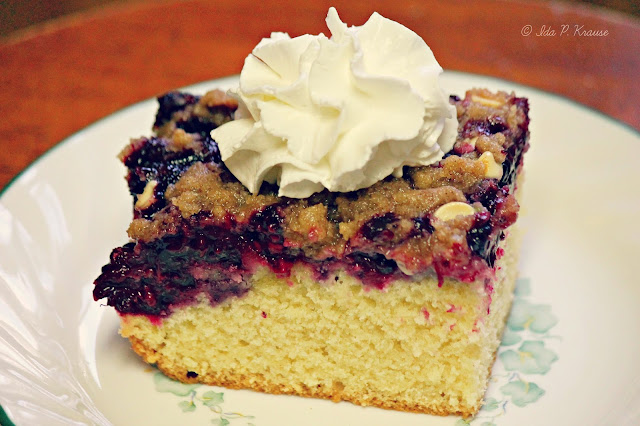 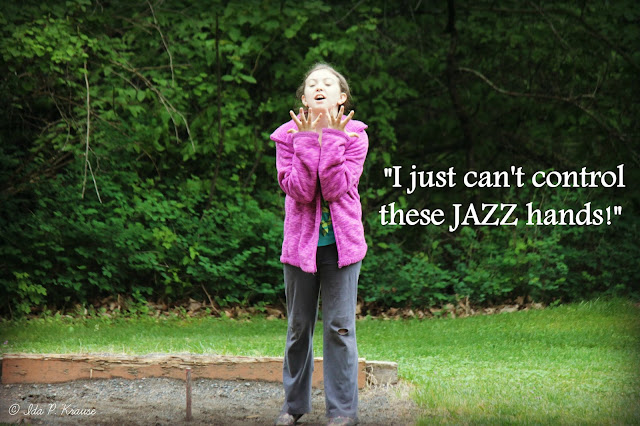 Now here is this weeks photo for you to caption..... 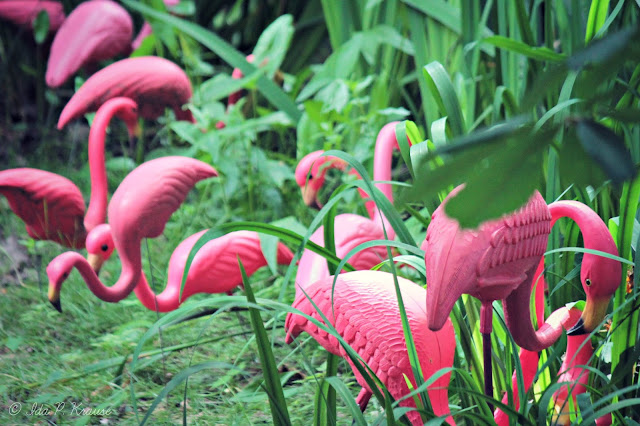 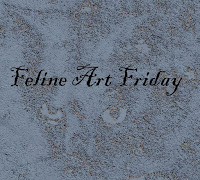 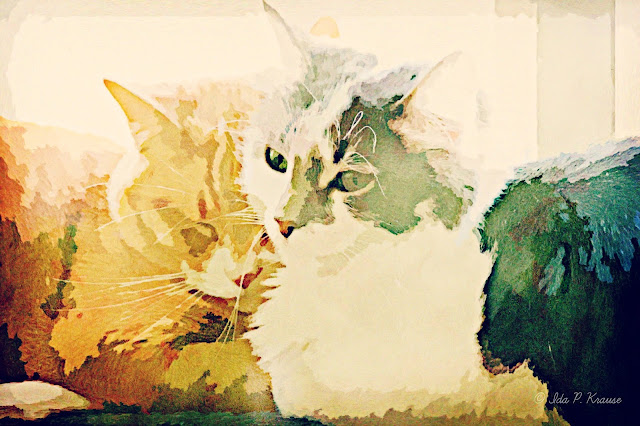 These are two of our cats,  Captain Cuddles (L) and Spooky-boo (R) enjoying a nice little nap in the back window perch.  I edited the photo on BeFunky and PicMonkey.

Here is the original (I'm using for Feline-Friday) with a quote I thought was appropriate: 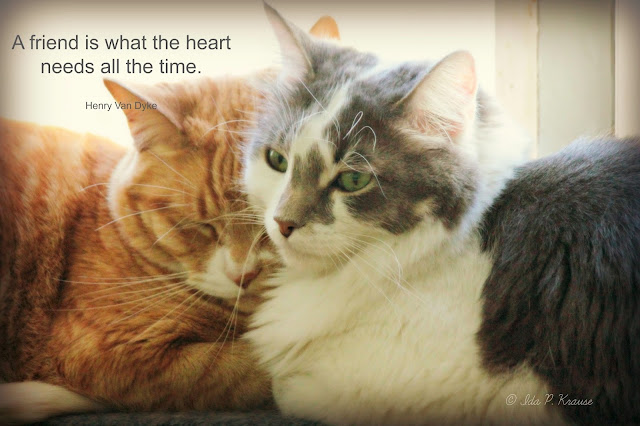 
I haven't done Fill-In Friday for awhile so today I'm joining in on the fun:

The statements:
My answers:

1.  Watermelon tastes like something awful to me.  It makes me sick if I eat it.

3. If I could win the lottery then I would be able to travel more.  I'd like to visit a few places but I do love where I live as well.

4.  One word to describe summer here is  HOT   We've already had a record breaking 102 for June and it's expected back into the upper 90's again next week.  Oh goodie! (That was me being sarcastic) I really don't like the heat at all.
﻿