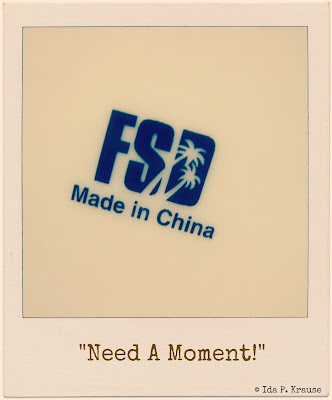 I don't know if you are familiar with the Twix Candy Bar commercial where something embarrassing is said and the person stuffs a Twix Candy Bar in their mouth so they won't have to say anything about the embarrassing moment.  Well let's just say I had such a moment today when I went to pick Coleen up from school.

I found her in the Classroom talking with her teacher along with 2 other little girls who just happen to be Chinese and Twins.  Apparently the girls had been bossing Coleen and she got upset with them and blurted out in Class that they were "Idiots!" - Well that of course in not acceptable behavior so the teacher was trying to explain to Coleen that you shouldn't call people names even if you are upset with them.  I was standing right behind Coleen (although she didn't realize that I had come into the classroom)  She's trying to explain her actions to the teacher and this is what came out of her mouth...

"My Grandma says, Chinese people aren't very smart!" - Oh my gosh, I nearly died right there on the spot.  I was like, "Coleen Maleah!  Grandma said no such thing."

"Yes you did Grandma." - She went on to explain that at some point in the kitchen one night I mentioned that something was Made In China and that I said it wasn't made very good. - In her mind that meant,
Chinese people aren't very smart.

The teacher was rather amused by the whole thing and she said, "Isn't it funny how they interpret things?"  Funny....Well I'm not sure about that, Embarrassing, Yes!  - I think I feel the need to eat a Twix Candy bar coming on!
Posted by Ida at 10:05 PM