It's Willy-Nilly Time and a few other things.

Happy Friday! - What a week it's been.

Let's get started celebrating the weekend by joining Tanya
for Willy-Nilly Friday Five.  I'm including 5 Random photos that may or may not have anything to do with my Willy-Nilly 5


1.  Every year since 1974 there is an annual Hot Air Balloon Stampede here in May.  This year ZERO balloons went up due to bad weather conditions.  The new organizers of the event want to move it to October in hopes of better weather conditions.  Today was a "test" launch and several balloons went up.  Sadly my camera is acting up again and doesn't want to focus on sky shots (anyone have any idea why?) but I managed to get a few decent shots.  This is one of them. 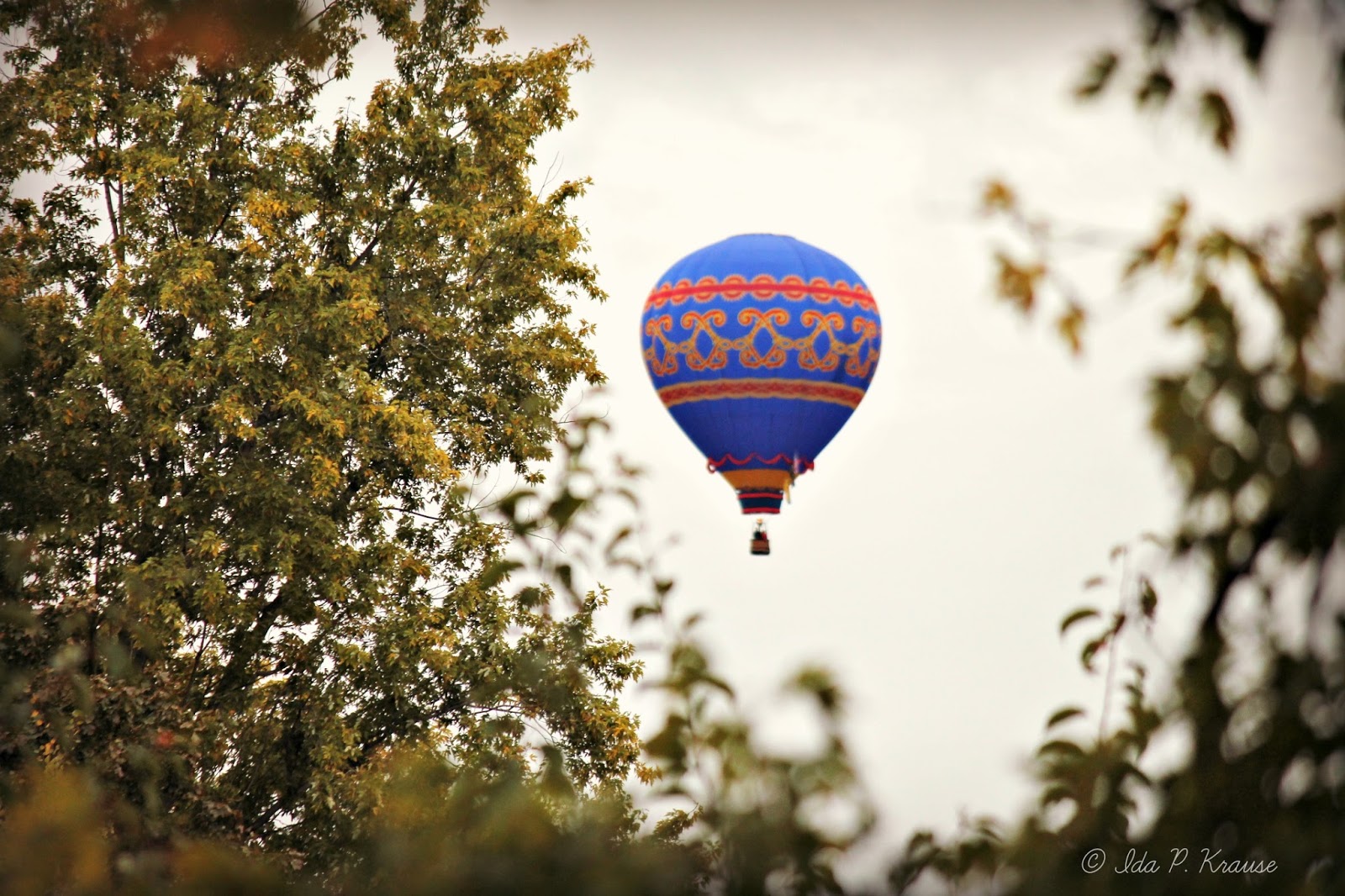 2.   Long Story being made as short as I can. Two weeks ago I called a TV company about Coleen's TV not working.  They told me that it was a problem with the Access Card and it would need to be replaced so they would mail me one.  After several days of the card not arriving I call the company up again.  They said apparently the Postal Service had lost the card and this time they would send me one by Fed-Ex - Overnight.  In the meantime the mailed card finally arrives but I don't want to use it because they are coded and I was afraid it wouldn't work since I was suppose to get another one via Fed-Ex.  Yesterday I call the company again, they have no record of the one being shipped over-night.  I'm on the phone with a Technician for an hour and we still can't get the card that came in the mail to work.  Finally he tells me that they are going to have to send someone out to our house.  That guy arrives, looks things over and says he'll just switch out the entire box and that the problem had nothing to do with the Access card.  He fixes the problem and leaves.  About an hour later the doorbell rings and what should show up.  The card from Fed-Ex!    -  Now you know part of what my week has been like. 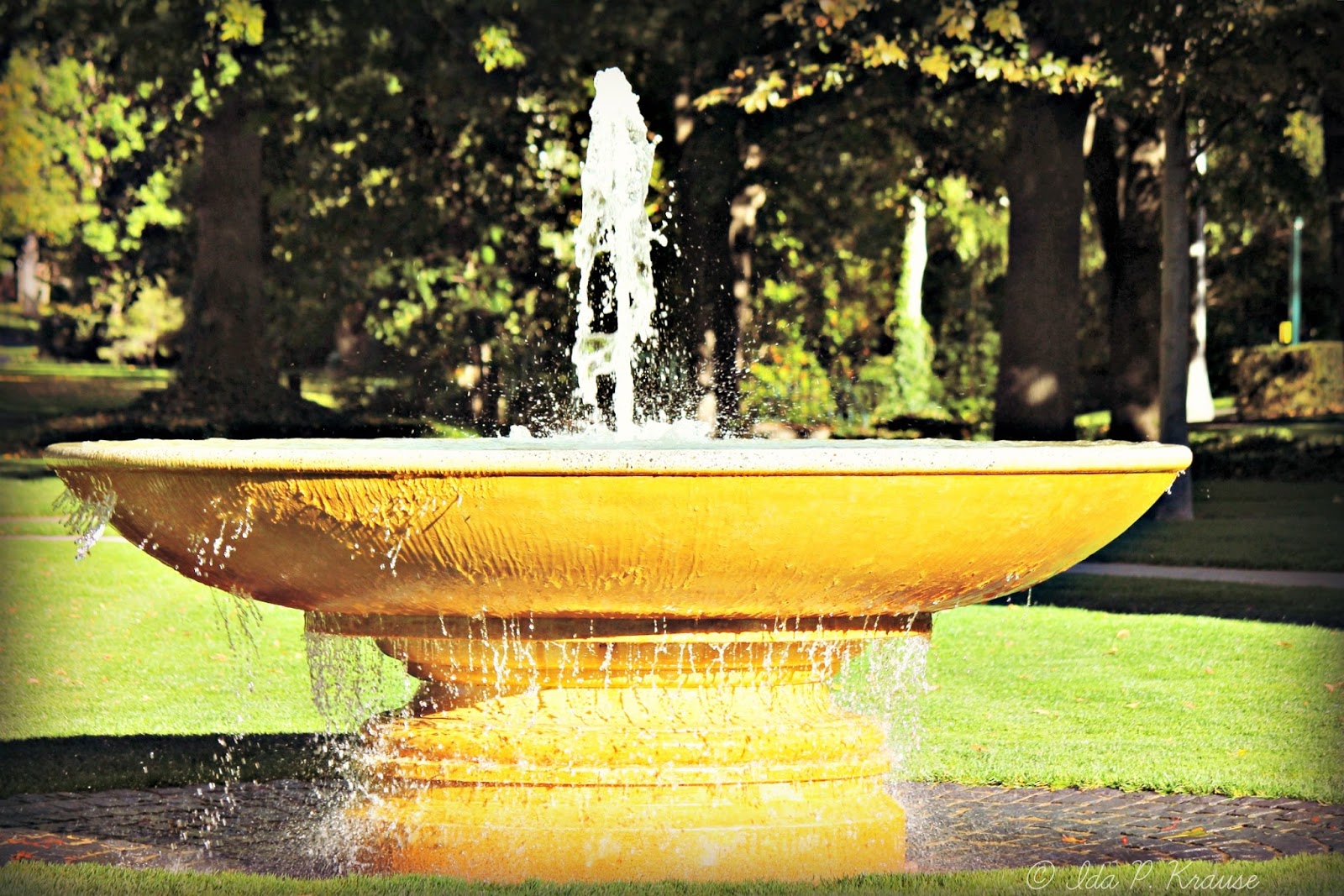 Full view of the fountain on Whitman Campus.  A section was featured last Sunday in the Scavenger Hunt for the prompt, Saturated. 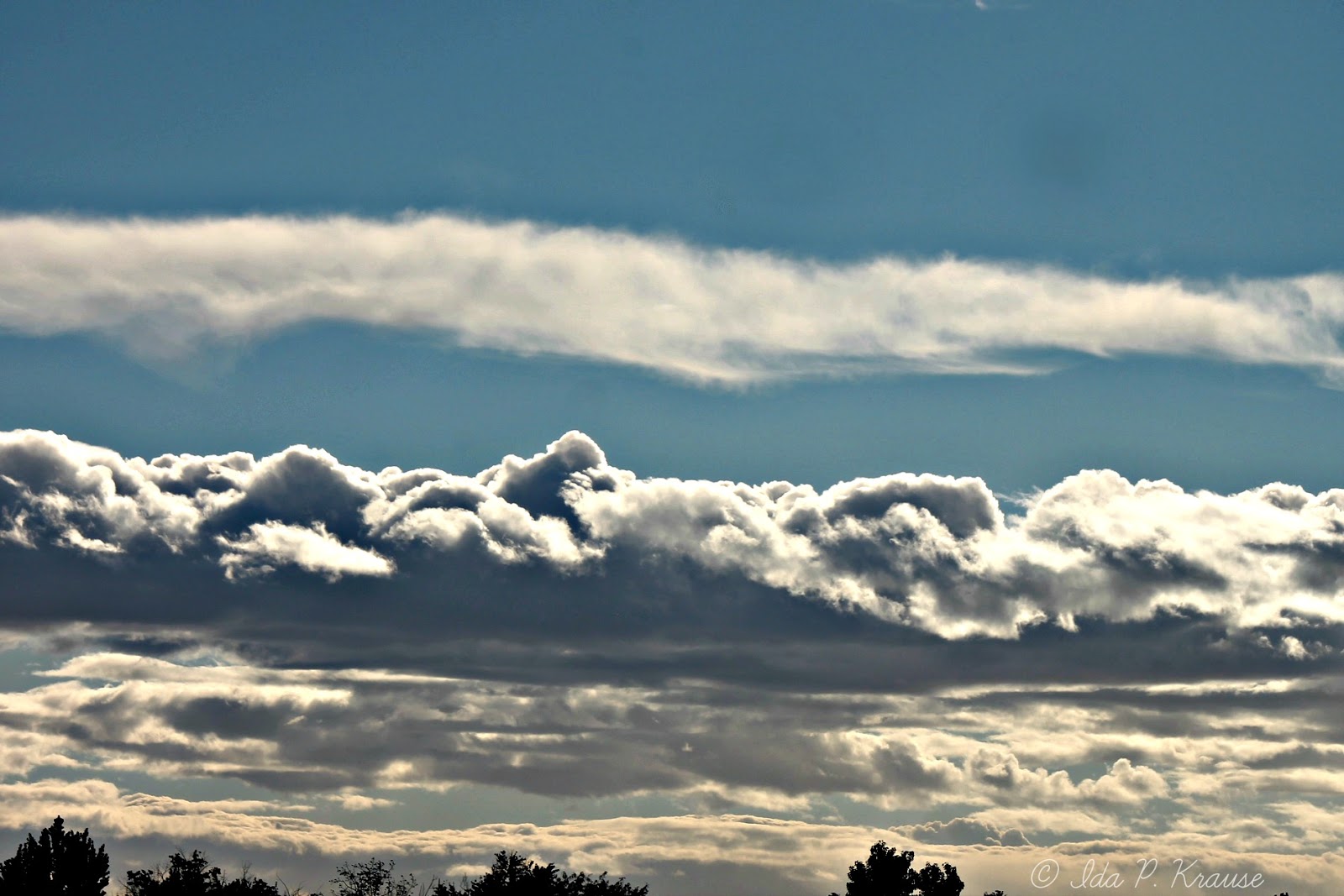 3.  It's been raining here off and on all week long.  These clouds were taken earlier in the week before the rain started.  I thought they were pretty.  Much nicer then the gloomy gray of the sky today.

4.  We love to drive around and find fun Halloween decor.  Spotted these ladies and just had to take their picture. 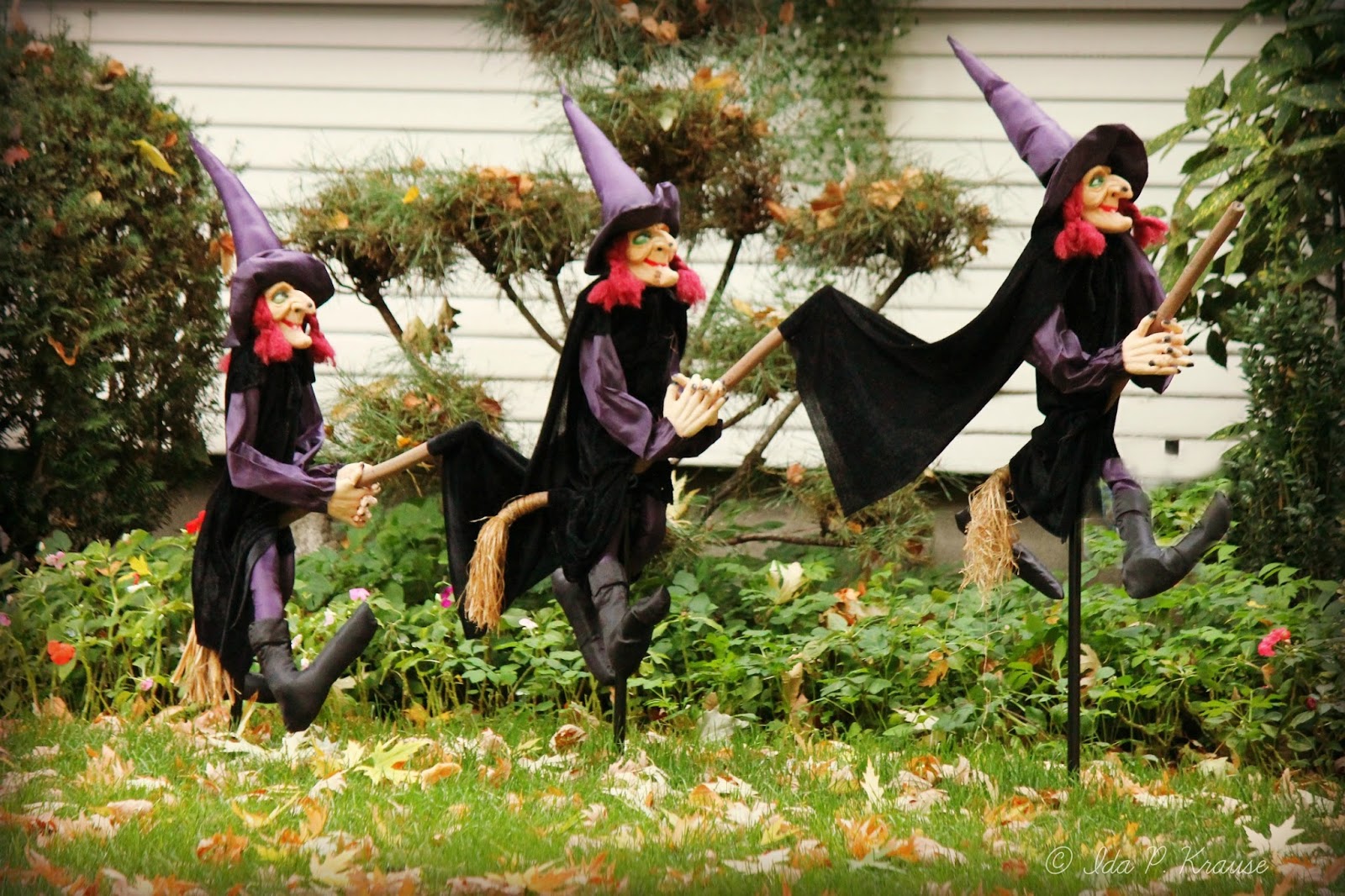 5.  A friend sent me a bunch of pictures in an e-mail the other day of odd looking vehicles but I couldn't find the link to where she got them.  Instead I found another one and thought you might enjoy THIS:  Which one is your favorite?  I like the Peanut one and the Lobster one. 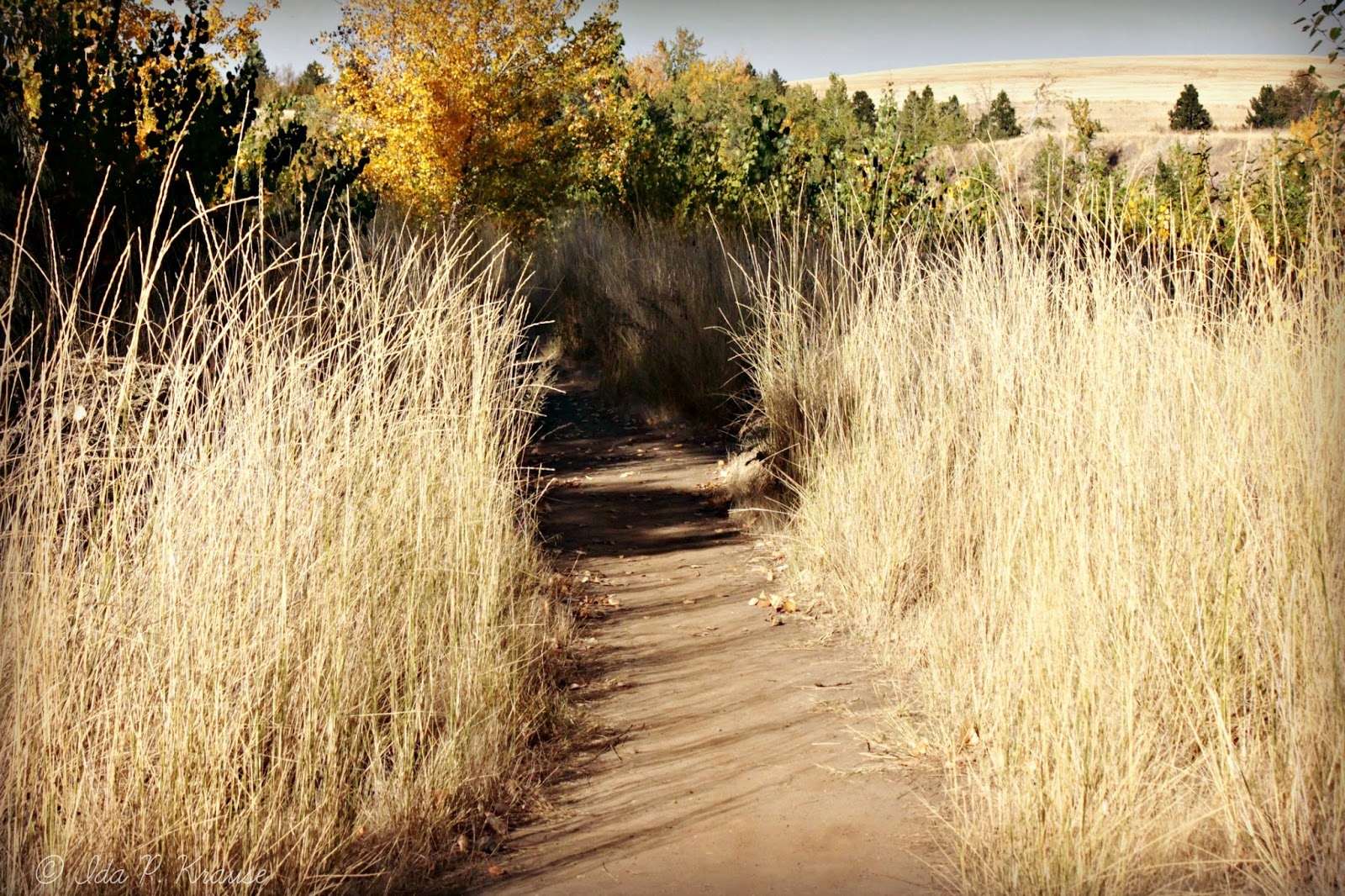 One of the paths at Bennington Lake that you can hike on.
See I told you the photo's would not necessarily match the 5 thoughts.﻿
I've had a bit of a "Willy-Nilly" week so I thought my post should reflect that.
Posted by Ida at 10:00 AM